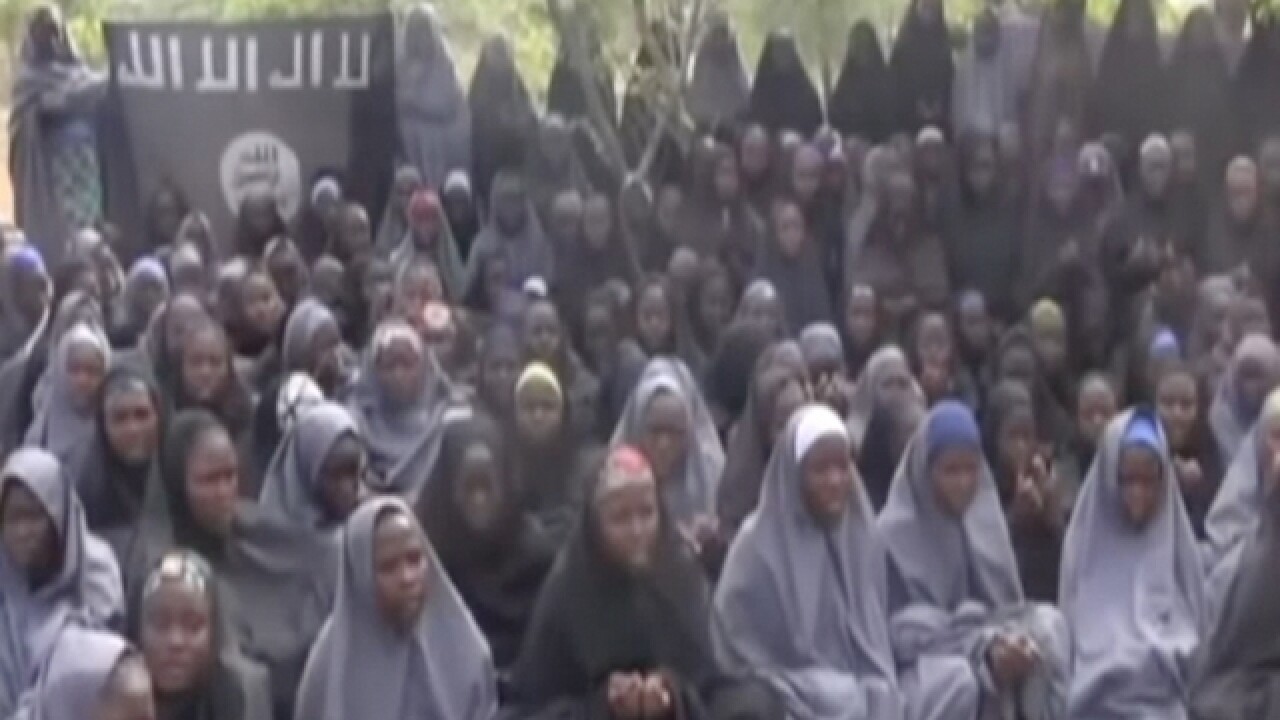 By: CNN
Posted at 7:00 PM, Dec 26, 2016
CHIBOK, Nigeria (CNN) -- It was a journey they had waited nearly three long years to take.
Ten weeks after being released by Boko Haram, 21 freed Chibok schoolgirls and a baby returned home this month to celebrate Christmas with their families for the first time since they were snatched by the terror group.
The April 2014 kidnapping of nearly 300 girls from a boarding school in Chibok sparked global outrage a #BringBackOurGirls campaign on social media.
CNN accompanied the 21 girls as they made the journey from the capital Abuja, where they have been undergoing medical and psychological assessments since they were released by Boko Haram nearly two months ago in a deal brokered by an unnamed Swiss contingent and the Nigerian authorities.
On Friday morning CNN's Isha Sesay boarded a flight with the girls from Abuja to Yola in eastern Nigeria, where the girls would make a six-hour road trip north to Chibok.
The change in the Chibok girls from 10 weeks earlier was remarkable. Their tattered clothes were gone and they were clearly better fed after surviving for two and a half years on meager or non-existent meals.
After their release in October, one of them, Glory Dama, told the assembled media that they once went without food for 40 days in the bush.
"I did not know that a day like this will come, that we will be dancing and giving thanks to God among people," she said. "For one month and 10 days we stayed without food. I narrowly escaped a bomb blast in the forest."
'Beautiful and grateful'
Kidnapped as teenagers, the girls were now returning home as young women.
They have been taking English classes and playing outdoors, their caretakers told CNN. One girl, Agnes, added that they have been learning how to knit. Several have had surgery to remove shrapnel.
One of the girls, Rebecca Mallam, said they felt "beautiful and grateful."
The girls, Christians who were forcibly converted to Islam by their captors, prayed together before leaving Abuja Friday morning on the first leg of their journey home.
As they waited to board the flight to Yola they appeared tense. Their colorful clothes and bright smiles did little to mask the pain and anxiety behind their eyes. Some of the girls had confided in their Abuja caretakers that they were worried about how they would be received by the wider community due to the stigma of being held by Boko Haram.
Memories of that fateful April night were surely not far from their minds and one could only imagine the trauma they endured at the hands of their Boko Haram captors -- one of the world's deadliest terrorist groups.
However, there was a palpable sense of growing excitement Friday once they were on the move. They smiled more readily, giggling and chattering freely among themselves.
When asked how they were feeling about reuniting with family and friends in their hometown, they answered in unison: "We are happy!"
After landing in Yola, they were welcomed by the governor and local community leaders. But the second half of their reunion journey was delayed as the road to Chibok was deemed too dangerous to travel at night.
So the girls gathered Friday night in their Yola hotel -- surrounded by military guards -- to pray and sing Christian hymns and songs. Their captors would have certainly not approved.
Watching them during these solemn acts of worship, it was not hard to see how they kept going through the worst moments of their ordeal with Boko Haram.
Home at last
At the crack of dawn on Christmas Eve, the girls hit the road, accompanied by a military convoy that escorted them to Chibok. As we entered the town six hours later, we were greeted by a crowd of locals, many waving excitedly.
Parents and other family members were waiting anxiously to see their daughters again.
The moment of reunion finally arrived amid scenes of unbridled joy. Parents and daughters embraced, the pain and relief of the past two and a half years etched on their faces.
But then, suddenly we could hear wailing and heart-rending screams. Some mothers had come expecting to see their daughters, only to learn they were still being held by Boko Haram.
These women had thought their girls would be among the group coming home for Christmas. Their moment of hope gone, they remained inconsolable.
There are 197 Chibok girls still in captivity, and talks are ongoing to free them. Sources tell CNN that negotiations only involve 83 of the girls.
More joyful reunions like the ones we witnessed here may soon follow. But they may also be tempered by the grief of parents whose daughters are never coming home.
The-CNN-Wire
™ & © 2016 Cable News Network, Inc., a Time Warner Company. All rights reserved.
KTNV