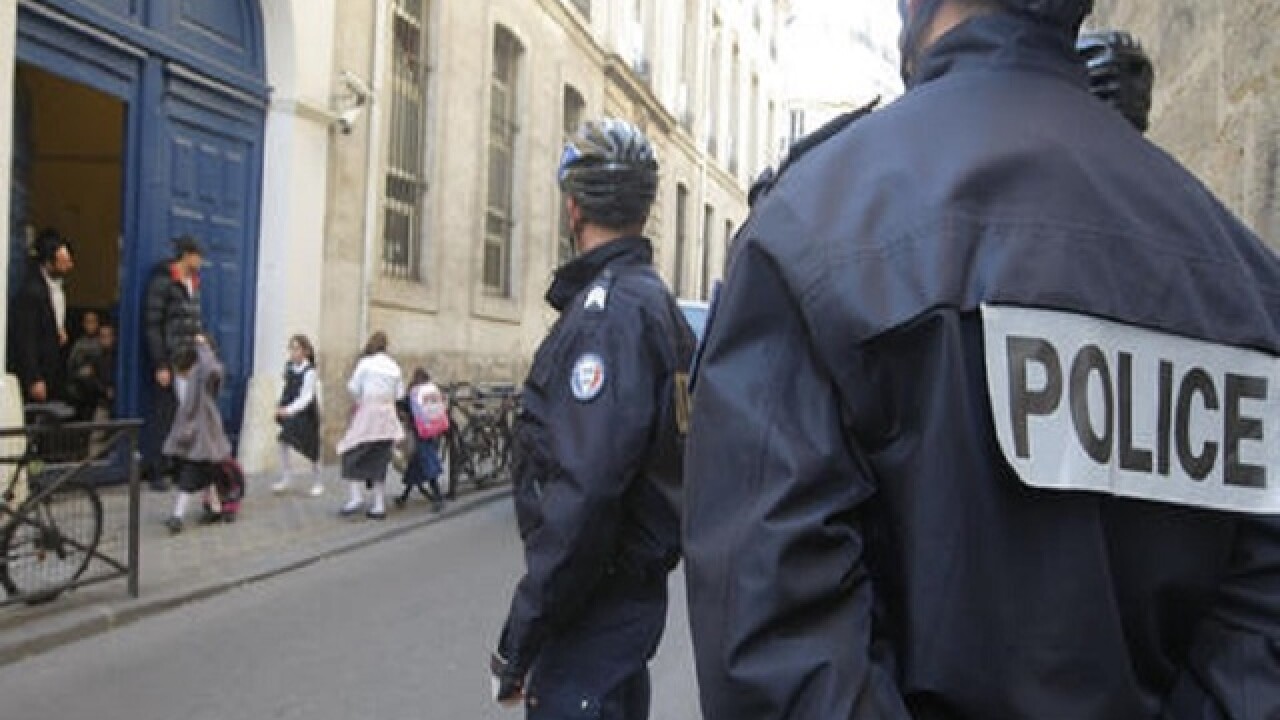 By: Associated Press
Posted at 1:32 PM, Sep 11, 2016
PARIS (AP) — French police have arrested a 15-year-old boy at his Paris home to thwart what they feared was a planned weekend attack, as the prime minister warned on Sunday some 15,000 people in the country could be in the process of being radicalized.
The arrest of the teenager on Saturday came two days after police moved in on what the Paris prosecutor says was a group of female "commandos" arrested after an aborted attack at Notre Dame Cathedral and another possible attack. Those arrested included a 15-year-old girl, the daughter of one of three women arrested south of Paris.
A security official said Sunday that France's intelligence services "detected a threat" and a judicial official said police moved into action Saturday fearing a planned attack this weekend.
The officials weren't authorized to speak publicly about the arrest and asked not to be named. Both said the boy's arrest was not linked to the arrests last week of four women, the 15-year-old daughter of one of the women and a man. So far, one woman has been charged.
Intelligence agents suspected the boy planned to carry out a knife attack in a public place this weekend, the judicial official said, refusing to name a spot where it was thought the attack might occur. The official said the teenager, born in December 2000, is 15 — not 16 as officials previously said.
France is in a state of emergency after three attacks this year, including the Bastille Day truck attack in Nice that killed 86 people. That followed two waves of attacks last year, notably the Nov. 13 attacks on restaurants, bars, a concert hall and stadium that left 130 people dead.
News of the arrest came shortly after Prime Minister Manuel Valls said Sunday that "every day attacks are foiled ... (including) as we speak."
Valls said nearly 15,000 people in France are being tracked because they are suspected of being in the process of radicalization, while 1,350 are under investigation — 293 of them for alleged links with a terrorism network.
"Today the threat is at a maximum, and we are a target," Valls said on Europe 1 radio. "Every day intelligence services, police foil attacks, dismantle networks, track terrorists."
Despite the tracking, with plots uncovered, "There will be new attacks. There will be innocent victims," the prime minister said.
The teenage boy had been placed under house arrest this summer due to France's state of emergency, after a search of his home, the judicial official said. It wasn't known what was found in the search.
Copyright 2016 The Associated Press. All rights reserved. This material may not be published, broadcast, rewritten or redistributed.