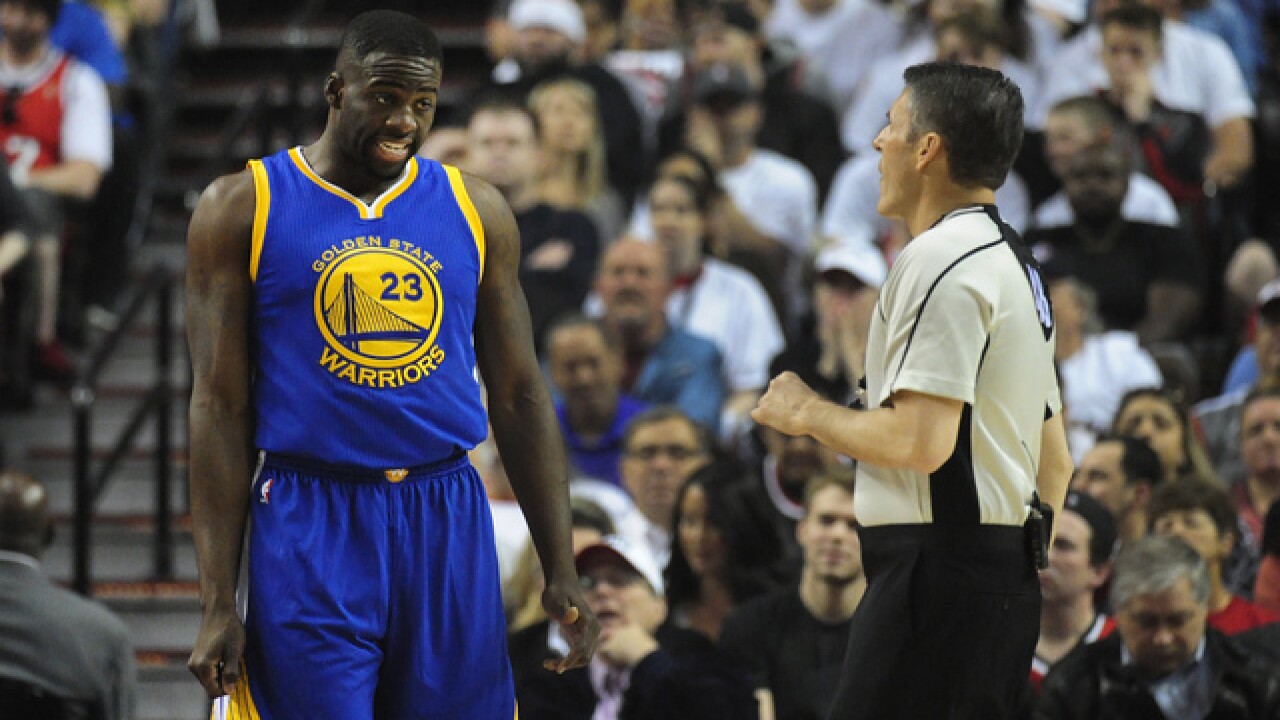 Copyright Getty Images
Steve Dykes
<p>PORTLAND, OR - MAY 9: Draymond Green #23 of the Golden State Warriors has some words with referee Scott Foster #48 after he was called for a blocking foul during the first quarter of Game Four of the Western Conference Semifinals against the Portland Trail Blazers during the 2016 NBA Playoffs at the Moda Center on May 9, 2016 in Portland, Oregon. NOTE TO USER: User expressly acknowledges and agrees that by downloading and/or using this photograph, user is consenting to the terms and conditions of the Getty Images License Agreement. (Photo by Steve Dykes/Getty Images)</p>

According to court documents, he was arrested for assault and battery on Sunday and paid a $200 bond.

The incident happened around 2:30 a.m. Sunday morning. He is expected to be arraigned on the charge on July 20.

Last month, Green was named to the USA Olympic Team for the 2016 Olympic Games in Rio.

The Warriors released this statement to the San Francisco Chronicle:

“We are aware of news involving Draymond Green in Michigan over the weekend. At this point, we are collecting information and will have no further comment until we have a better understanding of the situation."