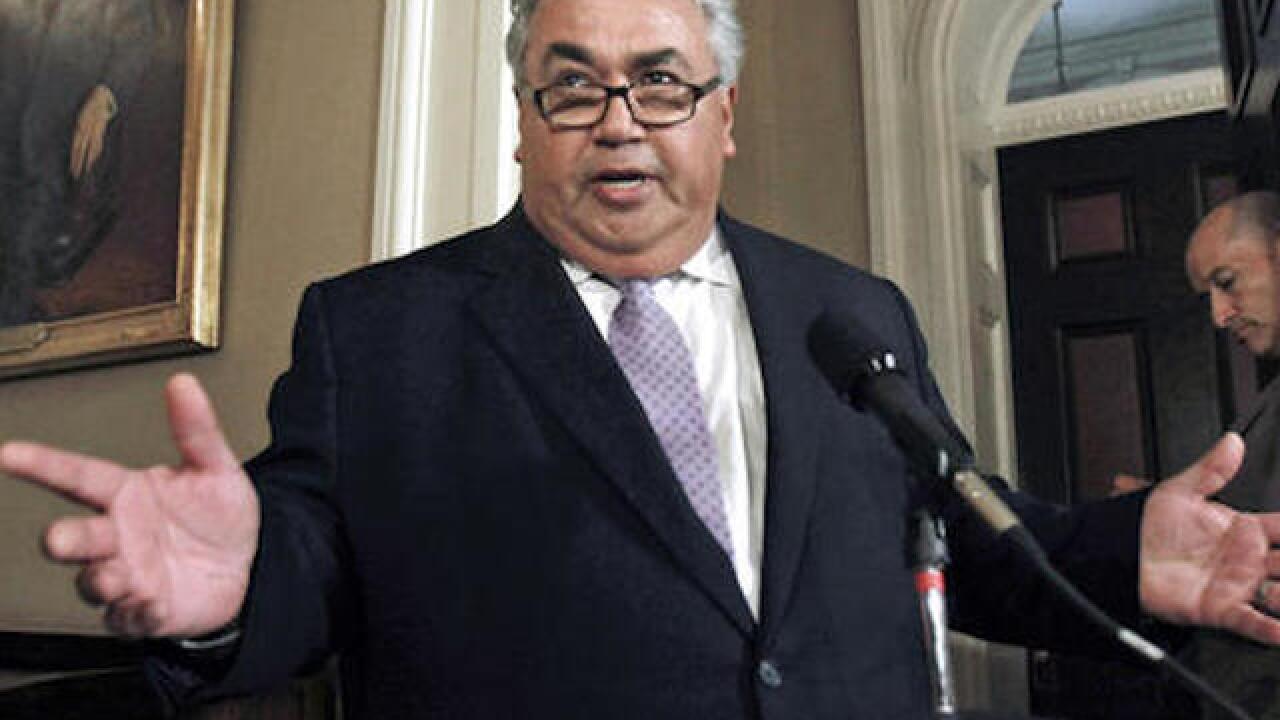 LOS ANGELES (AP) — Former California state Sen. Ron Calderon was sentenced Friday to 3½ years in prison in a corruption scandal in which he acknowledged taking bribes in exchange for his influence in Sacramento.

U.S. District Court Judge Christina Snyder imposed the sentence in Los Angeles after listening to Calderon emotionally ask to remain under house arrest or "at least get me home to my family sooner."

Federal prosecutors had asked for a 5-year prison term in a blistering brief that mocked Calderon for making false and misleading claims about bribes he accepted and distorting his previous admissions in court.

"Defendant asks this court to endorse his view that an elected official who repeatedly and egregiously abuses the trust of the electorate warrants essentially the lowest possible sanction for a federal conviction," Assistant U.S. Attorney Mack Jenkins wrote. "Defendant's requested sentence would permit (Calderon) to continue to trivialize his corrupt actions, as he does throughout his sentencing position, and continue to evade true accountability."

Calderon was ordered to report to prison Jan. 3.

The sentencing brought an end to an ugly chapter in California politics that saw three state Democratic senators indicted in 2014. It also tarnishes what was a Calderon political dynasty in the suburbs of Los Angeles.

Calderon, 59, pleaded guilty to a single count of mail fraud in June, but he admitted to soliciting more than $155,000 in payments or financial benefits in exchange for supporting or blocking legislation.

He took $12,000 worth of trips to Las Vegas from an undercover FBI agent who posed as the owner of a Los Angeles movie studio seeking his support for film tax credits, though the legislation never passed, according to his signed plea agreement. The agent hired Calderon's daughter for a $3,000 a month no-show job and paid $5,000 toward his son's college tuition.

Calderon also acknowledged helping a hospital owner maintain a massive health care fraud scheme in exchange for hiring his son for $10,000 over three summers for no more than 15 days of work a season filing papers.