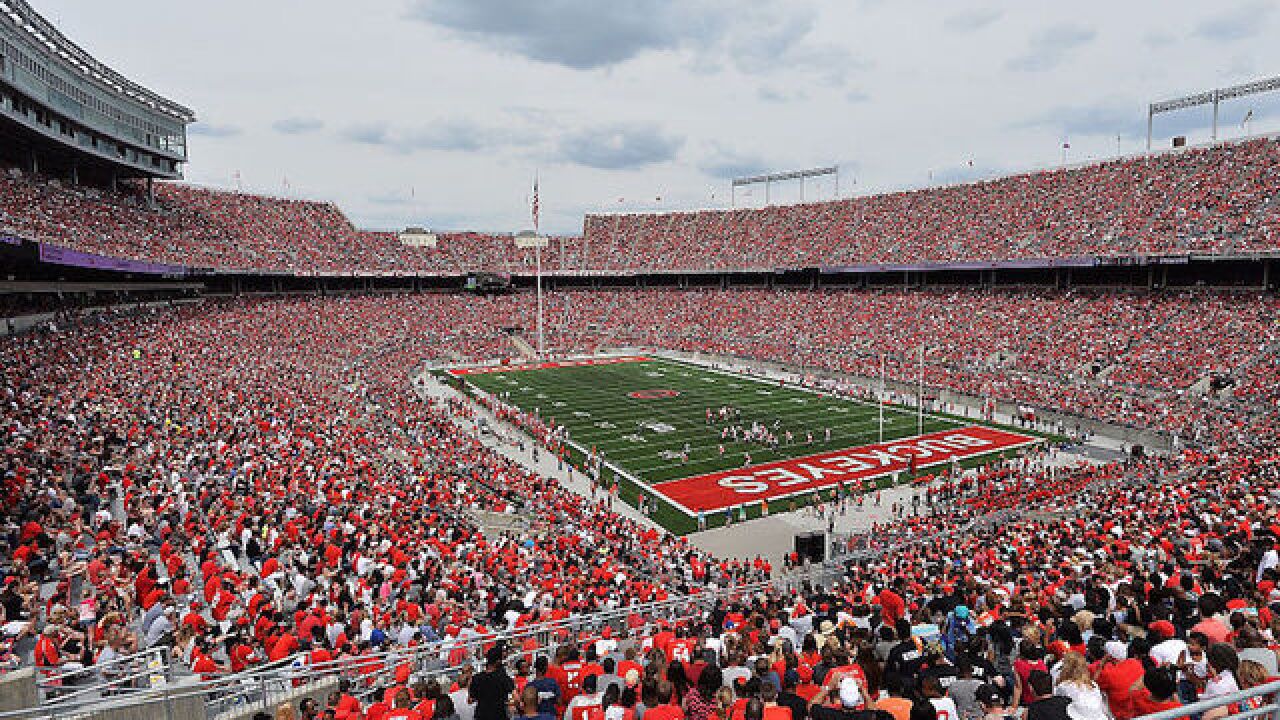 While the NBA and NHL Playoffs might be getting underway, a number of college football stadiums across America filled for annual intra-squad scrimmages. In the words of Allen Iverson, "We're talkin' about practice."

In Columbus, Ohio State set a spring football record as a sold-out crowd of more than 100,000 fans filled Ohio Stadium all the way up to the top row. The nationally televised game featured a very young team as most of last year's key players are participating in the NFL Draft.

The game in Columbus had a bit of a festival feel. At halftime of the game, students were invited to participate for on-field contests. Several football players joined in a fastest-student race to see who could complete a 40-yard dash with the fastest time.

Meanwhile, the Alabama Crimson Tide hosted a spring scrimmage, which was aired live on ESPN. An estimated 75,000 fans were on hand to see the defending national champs work on preparing for their title defense.

The scene played out across America.

What is it like to play in front of big crowds in April?

"You gotta find out how guys perform in those kind of arenas, and those kind of situations," Ohio State head coach Urban Meyer said. "I'm extremely grateful to Ohio State, Buckeye Nation for doing that today. That was awesome."

“I appreciate our fan base. It’s crazy how many people come out to watch a practice, a very basic practice at that. It just shows the love that we get from the best fans in the land and I know as an Ohio State football player you definitely appreciate that," OSU quarterback J.T. Barrett said.

The NCAA allows college football teams 15 practice dates during the college football offseason. Most programs culminate spring football practice with an open scrimmage to fans. While at some schools, this might draw a small group of boosters, family and friends, larger programs use the day as a recruiting tool.

This small dose of football will have to last as college football season is still four months away.