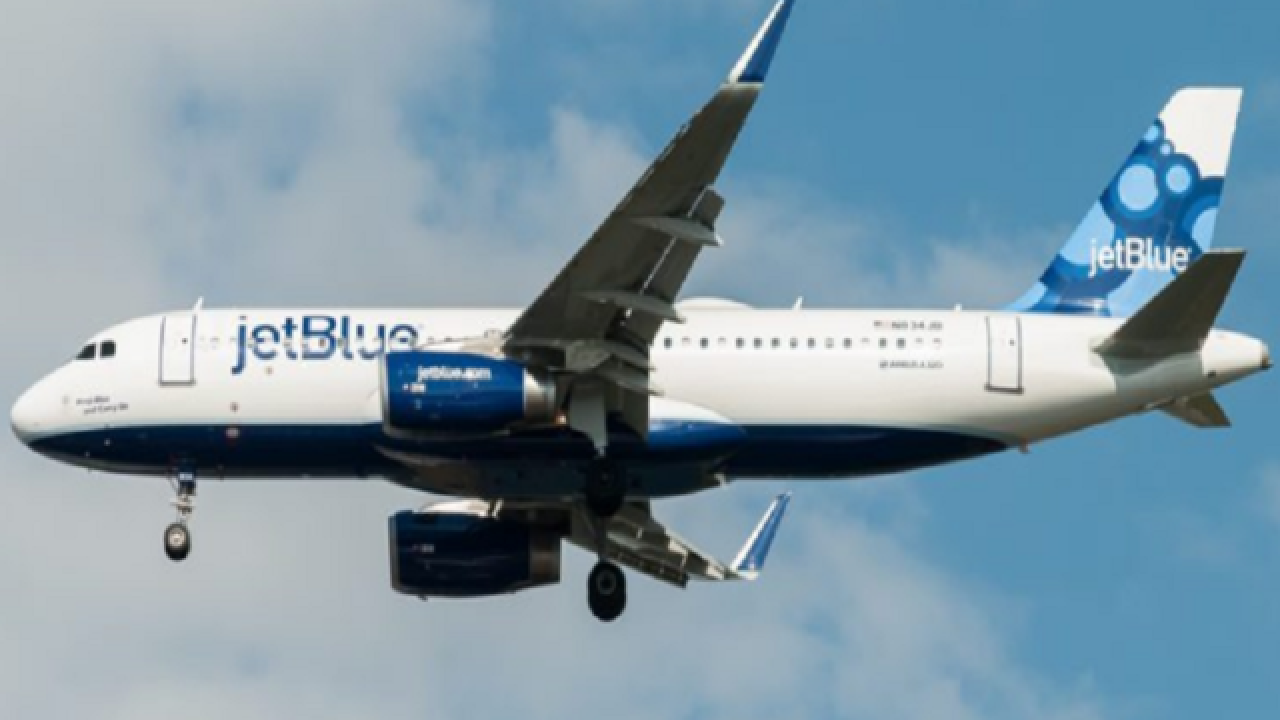 By: Associated Press
Posted at 6:32 PM, Dec 12, 2016
LOS ANGELES (AP) — A former JetBlue flight attendant pleaded guilty Monday to taking part in a cross-country drug smuggling operation that was discovered when she bolted from a screening checkpoint at Los Angeles International Airport and abandoned a suitcase loaded with 60 pounds of cocaine.
Marsha Gay Reynolds, a former Jamaican beauty queen and New York University track athlete, faces a mandatory 10-year prison term when sentenced March 3 in federal court on a single count of conspiracy to possess and distribute cocaine.
Reynolds, 32, acknowledged earning thousands of dollars to help smuggle drugs and money through airport security at LAX and John F. Kennedy International Airport in New York by using her "known crew member" status to breeze past security and then transfer the contraband to a co-conspirator.
Airline employees with the clearance can bypass typical screening, even during personal travel in the U.S., but can be randomly searched.
When she was pulled aside for screening March 18, she flung off her high heels and ran down an upward-moving escalator out of the terminal. Authorities said the cocaine was worth about $3 million.
Reynolds reported to work for a flight to New York the next day and surrendered to the Drug Enforcement Administration there four days later.
The U.S. citizen and resident of Queens, New York, was dressed in a white jail jumpsuit Monday with her ankles chained together and wrists shackled to her waist. She could barely raise her right hand to pledge to tell the truth before her guilty plea.
She spoke in a soft voice and politely answered more than a dozen questions, addressing Judge Virginia Phillips as "your honor" almost each time.
The investigation into a larger drug ring is ongoing, said Thom Mrozek, a spokesman for the U.S. attorney's office.
In addition to a co-conspirator identified only as G.B., who fled to Jamaica, court papers refer to others "known and unknown" who carried out the scheme.
G.B. was in the U.S. illegally and stole the identities of mentally disabled men to get passports and driver's licenses in their names that he used to fly, court papers said. He and Reynolds were often on the same flights.
"She was able to facilitate this individual's drug trafficking operation," Mrozek said. "She was ferrying the drugs across the country and then bringing the proceeds of the drug sales back to Southern California."
Defense lawyer Stuart Goldfarb said outside court that he expects Reynolds will be able to get a reduced sentence despite the mandatory minimum. He would not explain how that would happen.
Typically, convicts who testify against co-defendants can get some break in sentencing. Goldfarb said Reynolds was not cooperating at this point with authorities.
Reynolds' plea agreement mentioned nine dates she helped the unnamed co-conspirator pull off the scheme so he could deliver drugs to customers in Massachusetts and elsewhere.
Copyright 2016 The Associated Press. All rights reserved. This material may not be published, broadcast, rewritten or redistributed.