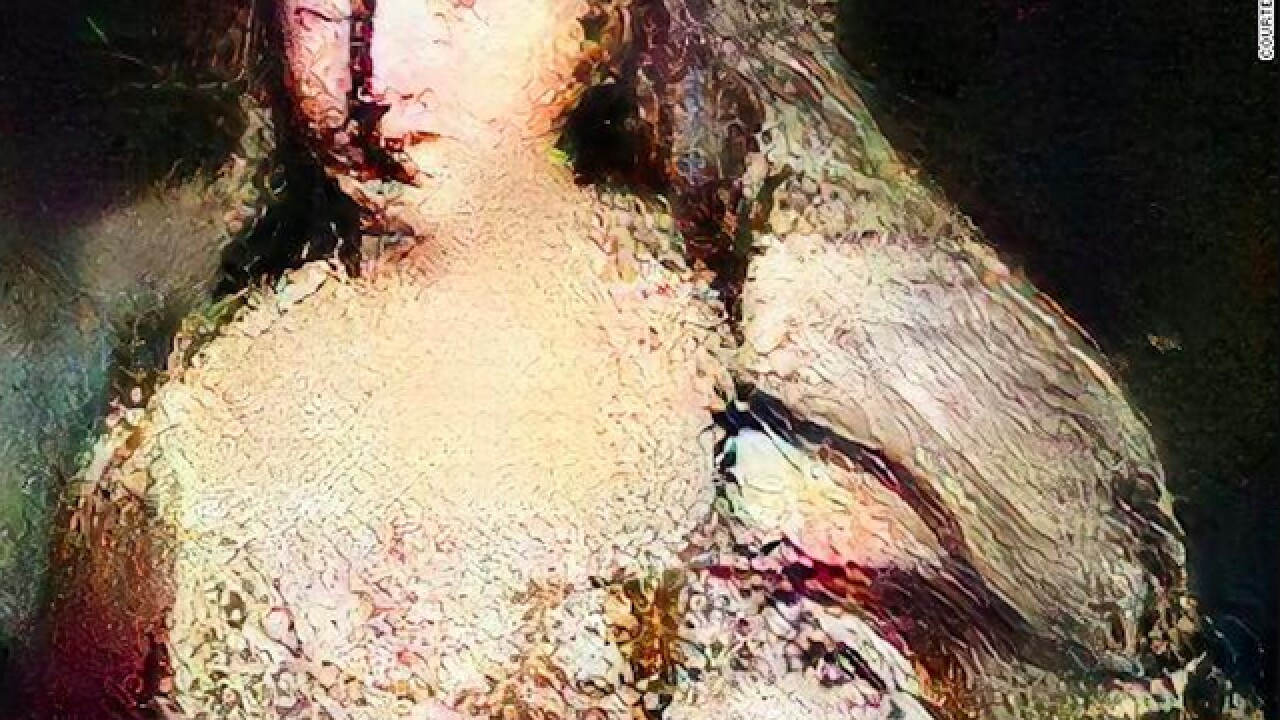 © 2018 Cable News Network, Inc.
<p>"Edmond de Belamy" has made history as the first work of art produced by artificial intelligence to be sold at auction.</p>

"Edmond de Belamy" has made history as the first work of art produced by artificial intelligence to be sold at auction.

The slightly blurry canvas print, which has been likened to works by the Old Masters, sold Thursday for $432,000 — dramatically exceeding its original estimate of $7,000-$10,000 — at a Christie's auction in New York.

"Christie's continually stays attuned to changes in the art market and how technology can impact the creation and consumption of art," Richard Lloyd, international head of prints and multiples at Christie's, said in a statement before the auction.

"AI has already been incorporated as a tool by contemporary artists and as this technology further develops, we are excited to participate in these continued conversations. To best engage in the dialogue, we are offering a public platform to exhibit an artwork that has entirely been realized by an algorithm."

While the print is signed "min G max D x [log (D(x))] + z [log(1 -- D (G(z)))]" after a section of the algorithm's code, it was conceived by Obvious, a Paris-based trio fascinated by the artistic potential of artificial intelligence and machine learning.

"We saw algorithms were capable of creating new images, and we were astonished by the potential they had," Vernier said.

To produce "Edmond de Belamy" and the 10 other portraits in the "La Famille de Belamy" series, Obvious fed a two-part algorithm 15,000 images of portraits from different time periods. After reviewing these submissions, the first part of the algorithm began generating its own portraits, trying to create original works that could pass as man-made.

"All the data has similarities, so common features. So, first algorithm creates new examples of those images and tries to fool the second algorithm into thinking that those pictures created are, actually, real portraits, so human-made," Vernier said.

"We're looking at these portraits the same way a painter would do it. Like walking in a gallery, taking some inspiration. Except that we feed this inspiration to the algorithm, and the algorithm is the part that does the visual creation."

While inventive, this approach hasn't been without critics. Many working in the field of art and artificial intelligence criticized or dismissed Obvious' inclusion in the Christie's sale since the type of algorithm used -- generative adversarial networks, or GANs -- have been used by artists for years.

Speaking to The New York Times ahead of the auction, Mario Klingemann, an artist known for his work with machine learning, likened "Edmond de Belamy" to "a connect-the-dots children's painting."

But in light of the auction result, it's likely Obvious will remain undaunted by naysayers. Their work has raised interesting points around the nature of human creation -- and clearly caught the attention of the world's collectors.

"I think (artificial intelligence) has its place in the art world because it tries to replicate what any artist would do, like trying to create from what he knows," Vernier said. "It forces you to try to understand your own creativity and how you would be able to replicate it."