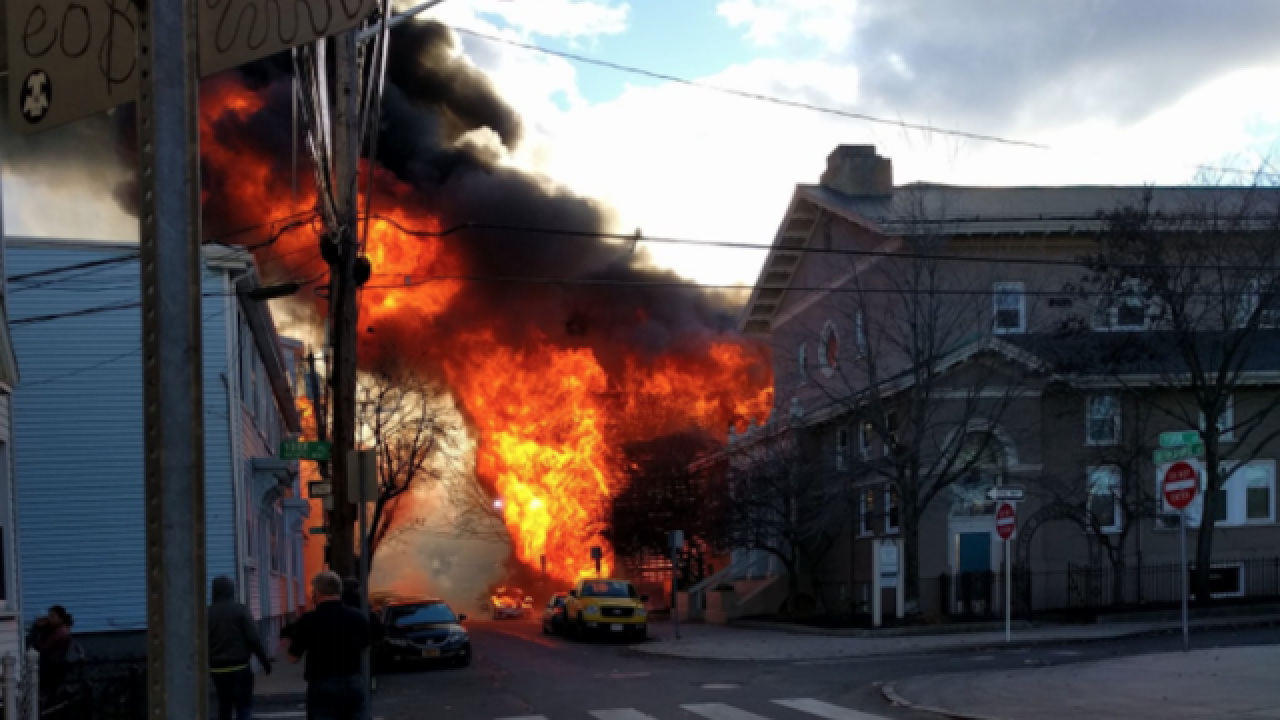 <p>A 10-alarm fire has broken out in Cambridge, Massachusetts (@carl_cambridge/Twitter)</p>

Massachusetts firefighters are currently battling a massive 10-alarm fire in Cambridge, a suburb of Boston.

The Boston Globe reports that at least three people have suffered minor injuries in the fire, including two police officers who were "overcome by smoke."

According to CBS News, the fire was reported just before 3 p.m. Within a half hour, the fire had sparked nine alarms.

Wind in the area has helped the flames spread. The fire is has spread to at least seven buildings on both sides of Berkshire Street, as well as cars and trees lining the road.

As of 9 p.m. on Saturday, firefighters had contained the blaze, but had not yet gotten it under control.

According to the Boston Globe, the fire originated in a building that was undergoing a renovation. There are currently almost 800 people without power in the area due to the fire.

#Breaking: Fire in #Cambridge now up to 10 alarms https://t.co/VifVuilGei pic.twitter.com/JruiaRdVu8

From eyewitness, first sight of flames before #fire spread #Cambridge to two other buildings pic.twitter.com/opWXVxzkEY