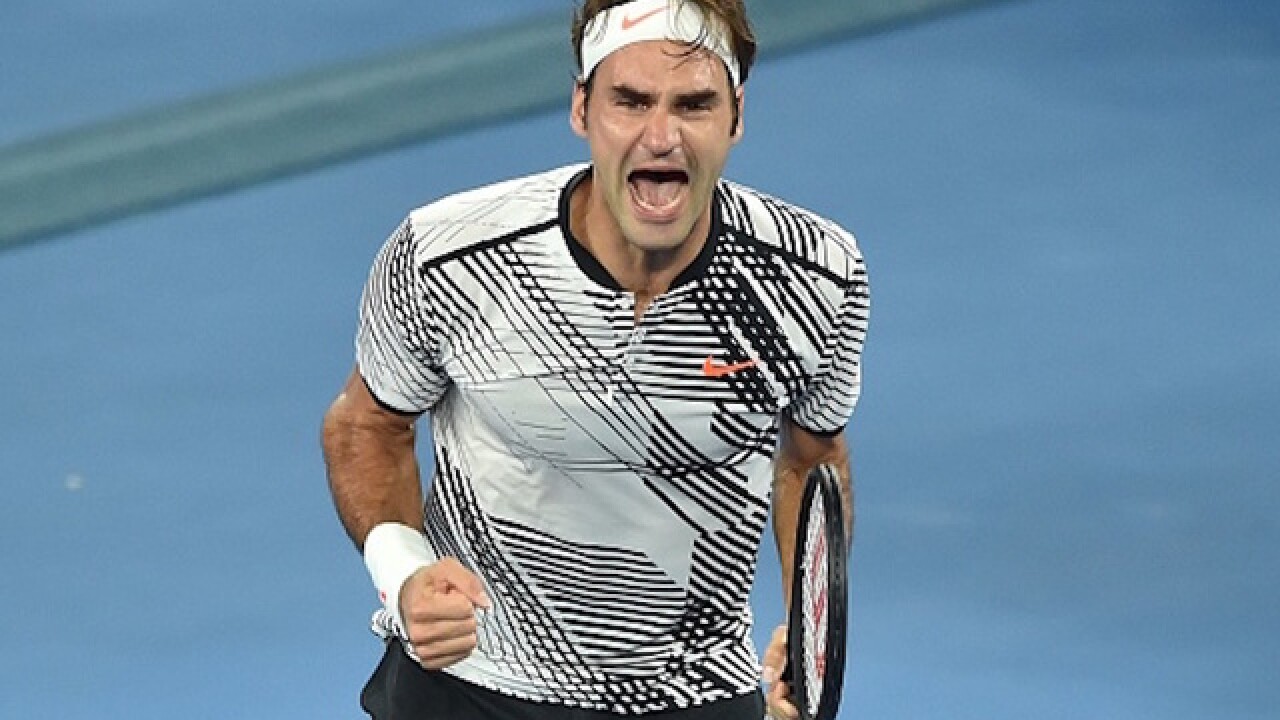 Copyright Getty Images
PETER PARKS
<p>Roger Federer of Switzerland celebrates his victory over Rafael Nadal of Spain in the men's singles final on day 14 of the Australian Open tennis tournament in Melbourne on January 29, 2017. / AFP / PETER PARKS / IMAGE RESTRICTED TO EDITORIAL USE - STRICTLY NO COMMERCIAL USE (Photo credit should read PETER PARKS/AFP/Getty Images)</p>

MELBOURNE, Australia (CNN) -- Even for the legendary Roger Federer, this was --- nearly --- unbelievable.

After missing the second half of last season with a knee injury, the Swiss star came back in style by winning the Australian Open Sunday and turning the tables on nemesis Rafael Nadal with a gripping 6-4, 3-6, 6-1, 3-6, 6-3 victory in just over 3 1/2 hours.

The match between the titans lived up to the justifiable hype.

He wept when losing to Nadal in the 2009 Australian Open final in five sets; this time there were tears of joy from Federer.

Never in his "wildest dreams" did the Swiss even expect to make the final, especially since he was handed a tough draw. So what must the 35-year-old --- the second oldest man behind Ken Rosewall to win a major in the Open Era --- have been thinking when bagging his record-extending 18th major and first since Wimbledon in 2012?

Federer had to do it the hard way, too, rallying from 3-1 down in the fifth. He rarely takes medical timeouts but did so entering the fifth set against Wawrinka in the semifinals and at the same stage versus Nadal. It appeared to be for the same issue, an upper leg complaint.

Yet he consistently threatened on the Nadal serve and finally broke through for 3-3.

In a game highlighted by a 26-shot rally that Federer won with a blistering forehand down the line, he broke again when a good return forced an error.

But there was still drama to come.

In the last game, Federer fended off two break points with an ace and forehand winner. On a second match point his forehand cross-court was close to the line. A challenge came and the crowd roared when replays showed the ball to be good.

Even if the hard courts and balls were quicker this year at the Australian Open --- aiding Federer's aggressive, flat-hitting game --- all the numbers suggested Nadal held the edge in the 35th installment of what many consider to be the best men's tennis rivalry of all time.

Nadal hadn't lost to Federer at a grand slam since Wimbledon in 2007. He was 7-2 in grand slam finals against his pal and 23-11 overall.