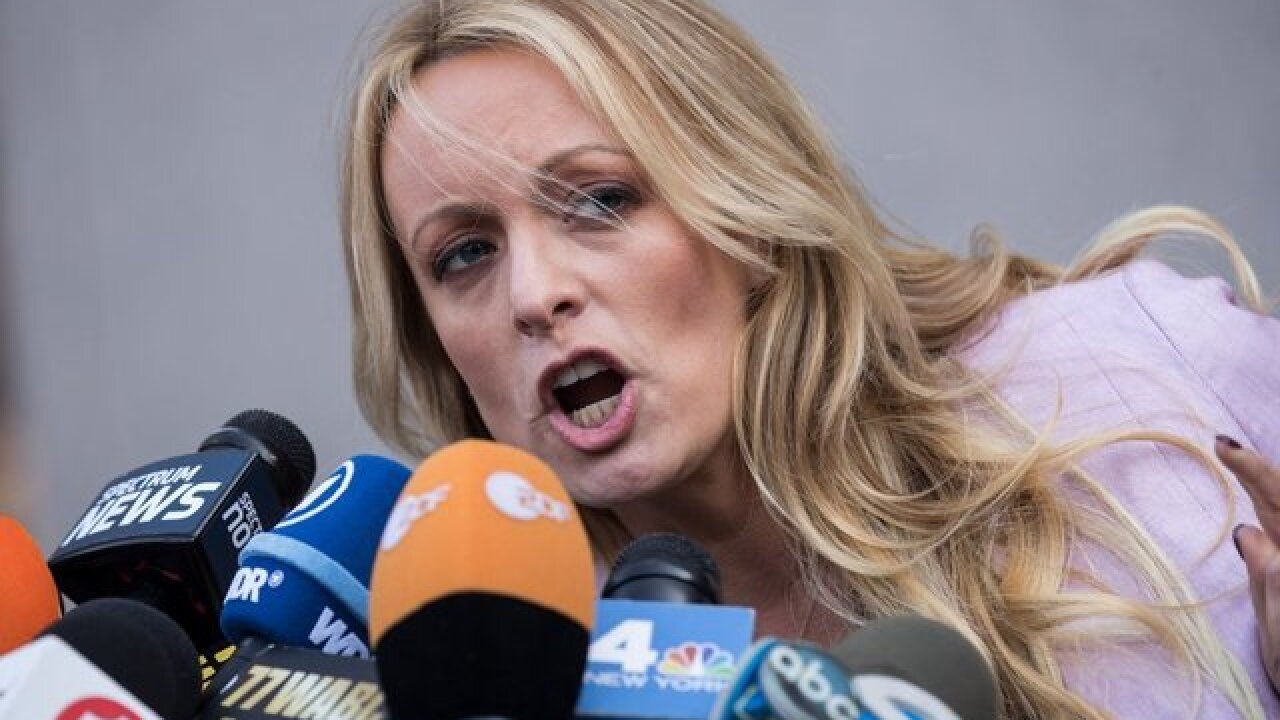 Daniels sued Trump after he said Daniels' story of a man threatening her not to come forward with her story of her alleged affair with Trump was "a total con job."

Daniels argued Trump's tweet "attacks the veracity of her account" of the incident and that Trump's statement was "false and defamatory, and that the tweet was defamation ... because it charged her with committing a serious crime," District Judge S. James Otero wrote in his opinion Monday.

Trump had asked Otero to dismiss the lawsuit.

"The Court agrees with Mr. Trump's argument because the tweet in question constitutes 'rhetorical hyperbole' normally associated with politics and public discourse in the United States. The First Amendment protects this type of rhetorical statement," Otero wrote.

Daniels says she and Trump had an affair in 2006, shortly after he married first lady Melania Trump and she gave birth to their son, Barron. Trump has denied the affair.

In addition, Trump is entitled to attorney's fees, Otero said.

Trump's attorney Charles J. Harder said in a statement to CNN, "No amount of spin or commentary by Stormy Daniels or her lawyer, Mr. Avenatti, can truthfully characterize today's ruling in any way other than total victory for President Trump and total defeat for Stormy Daniels."

"The amount of the award for President Trump's attorneys' fees will be determined at a later date," Harder added.

Daniels' attorney, Michael Avenatti, responded to the ruling on Twitter and said: "Daniels' other claims against Trump and Cohen proceed unaffected. Trump's contrary claims are as deceptive as his claims about the inauguration attendance."

"We will appeal the dismissal of the defamation cause of action and are confident in a reversal," Avenatti continued.