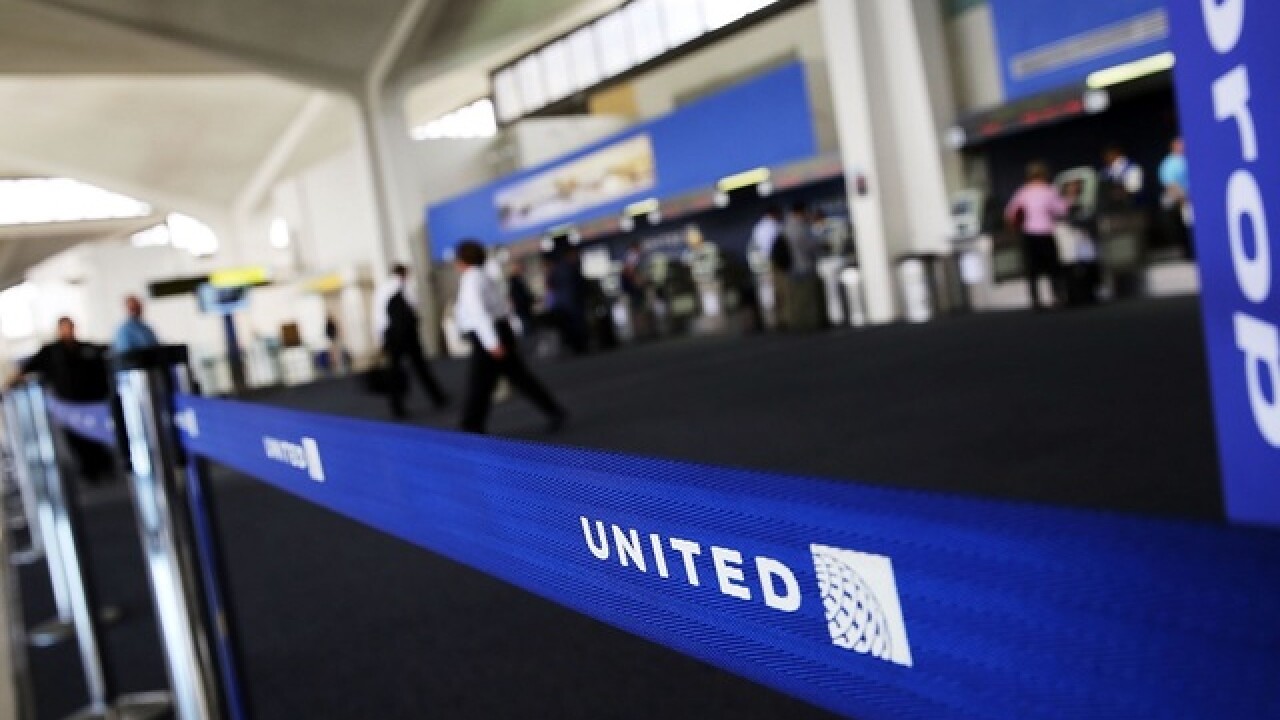 HONOLULU (AP) — A Japan-bound airplane returned to Hawaii because of a violent passenger who wanted to do yoga instead of sit in his seat, the FBI said.
The pilot of the March 26 United Airlines flight from Honolulu International Airport to Narita International Airport turned the plane around after hearing that Hyongtae Pae was yelling at crew members and shoving his wife, the FBI said in a criminal complaint.
Pae told the FBI he didn't want to sit in his seat during the meal service, so he went to the back of the plane to do yoga and meditate. He became angry when his wife and flight attendants told him to return to his seat. "Pae pushed his wife because she was trying to make him stop," the complaint said. "He felt that she was siding with the flight crew."
He tried to head-butt and bite Marines who were passengers on the flight and tried to force him back to his seat, Assistant U.S. Attorney Darren Ching said at Pae's detention hearing Wednesday.
According to the complaint, he threatened to kill passengers and was yelling that there is no god.
Pae went into a rage because he felt the flight crew was ordering him around, Ching said.
Ching said Pae shouldn't be released because he's a danger to his wife, himself and others. Pae urinated on himself and was on suicide watch at the Honolulu Federal Detention Center, Ching said.
U.S. Magistrate Judge Kevin Chang ordered that Pae be released on $25,000 bond, but with certain conditions including not leaving the island of Oahu and undergoing a mental health evaluation.
Since the arrest, Pae's wife has been staying at the Waikiki Gateway Hotel, defense attorney Jin Tae "J.T." Kim told the judge, who asked whether Pae had financial resources to continue staying there after his release. Kim said he's working with the consulate to transfer more money to Pae's wife and find alternate, temporary housing.
Chang denied Kim's request to allow Pae to return home to Korea, because that would involve getting on a plane again.
Outside of court, Kim said his client is a 72-year-old retired farmer who traveled from South Korea to celebrate his 40th wedding anniversary with a Hawaii vacation. It was the couple's first trip to Hawaii.
Pae only recently took up yoga to help with anxiety, Kim said, adding that he was sleep-deprived during the vacation. Pae told the FBI he hadn't been able to sleep in 11 days.
Associated Press 2016