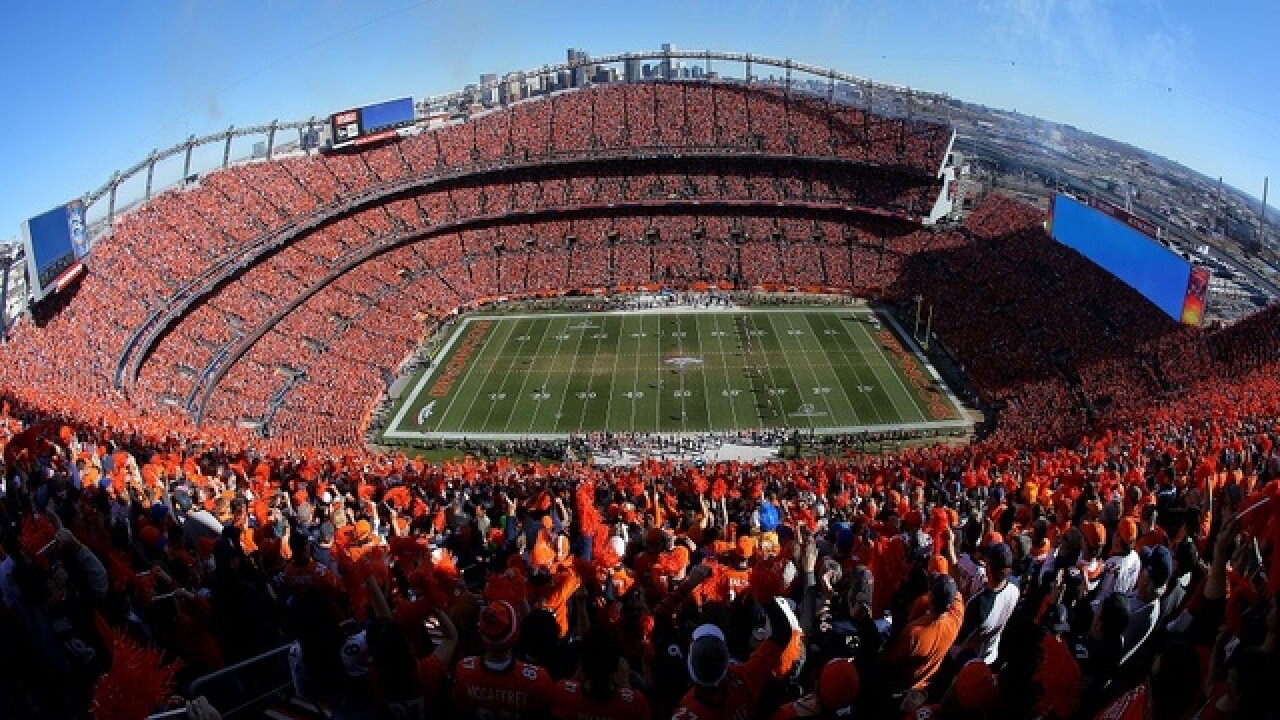 DENVER (AP) — Authorities say a fan has died after falling 60 feet at the Denver Broncos' stadium after a game on Monday night.
Stadium Management Co., which operates Sports Authority Field at Mile High, said the fan fell over a railing.
The medical examiner's office said Tuesday the man was transported to a hospital and pronounced dead. He was identified as 36-year-old Jason Coy.
Denver police say he was sitting on a railing when he fell. Witnesses and emergency responders immediately tried to help.
The incident occurred near the north end of the stadium following the Broncos' game against the Houston Texans.
In a statement, the Broncos said the team is "reviewing this tragic incident and will continue to maintain all necessary safety measures for our fans."
Copyright 2016 The Associated Press. All rights reserved. This material may not be published, broadcast, rewritten or redistributed.