Families of US consulate workers in Istanbul ordered to leave 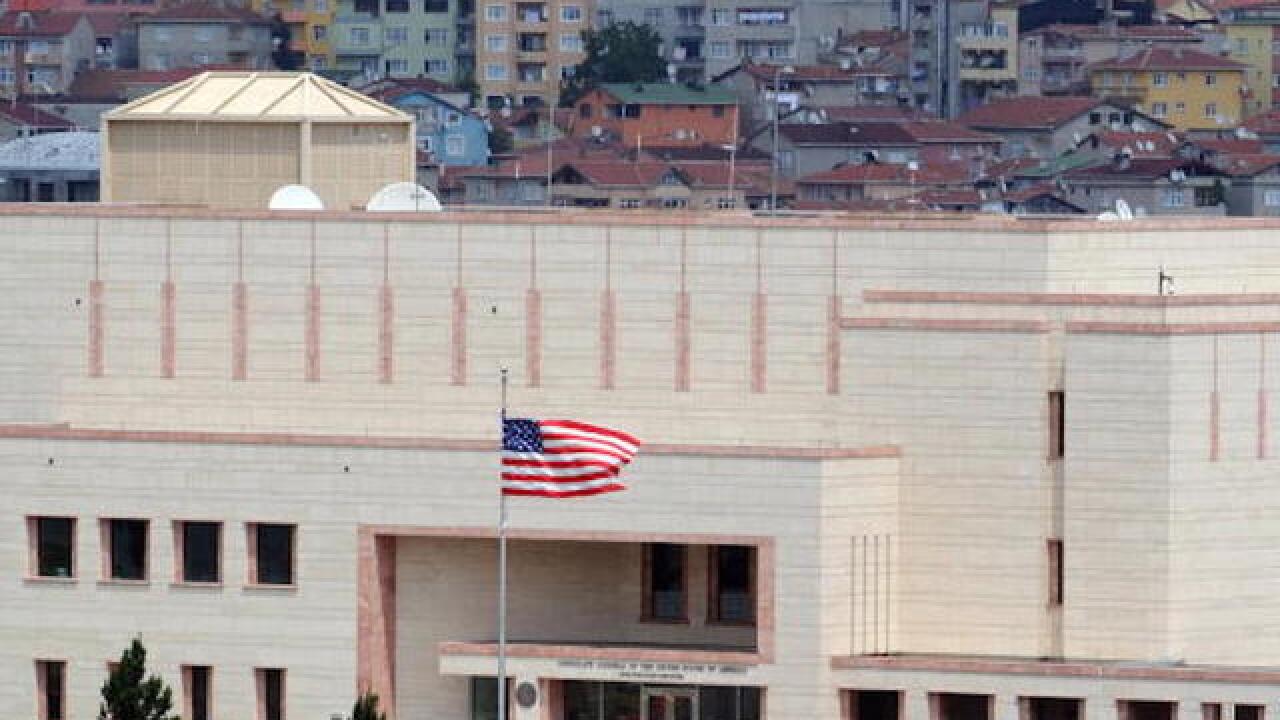 Burak Kara
<p>ISTANBUL TURKEY - JULY 9: (TURKEY OUT) An American flag flies in front of the U.S. Consulate following an attack on July 9, 2008 in Istanbul, Turkey. Three policemen and three gunmen were killed in an armed attack on the United States consulate in Istanbul on Wednesday. The identity of the attackers remains unclear. (Photo by Burak Kara/Getty Images)</p>

WASHINGTON (AP) — The State Department is ordering family members of employees posted to the U.S. Consulate General in Istanbul to leave because of security concerns.

In a statement issued Saturday, the State Department says the decision is based on security information indicating extremist groups are continuing aggressive efforts to attack U.S. citizens in areas of Istanbul where they reside or frequent.