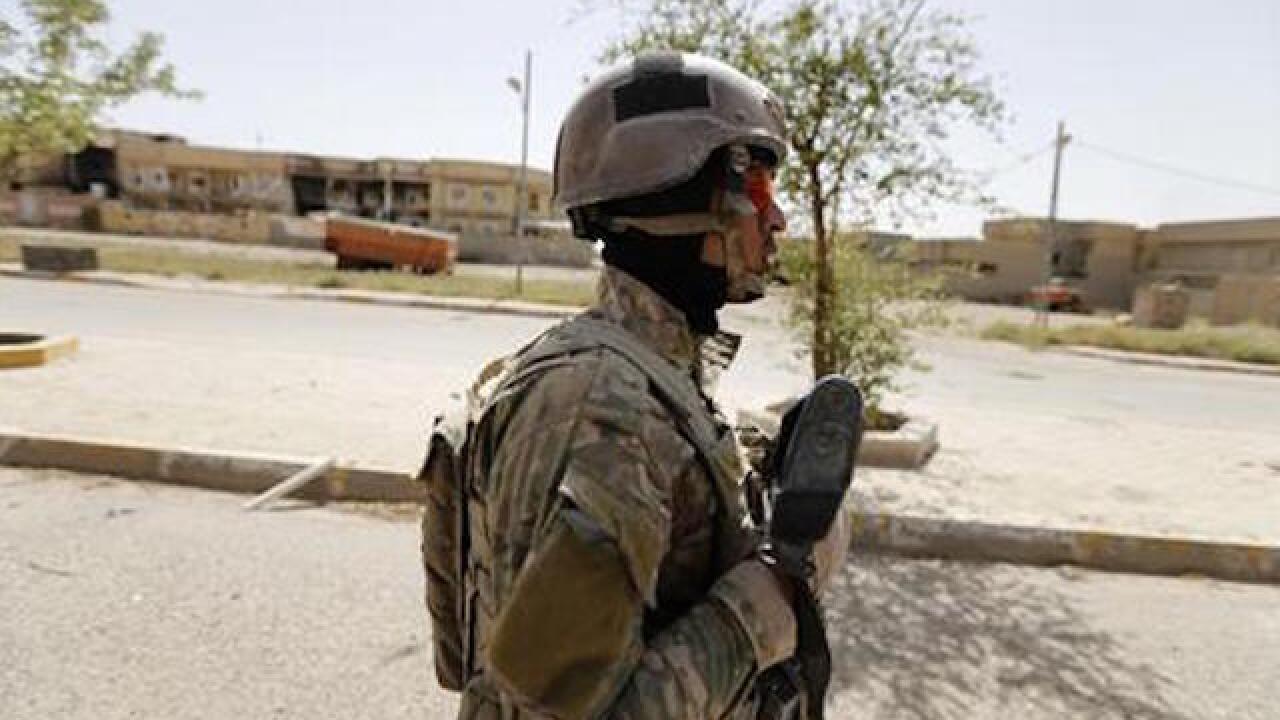 BAGHDAD (AP) — Iraq's prime minister says government forces have gained control over most of the city of Fallujah, except for pockets of Islamic State group fighters.

Speaking on Iraqi TV Friday evening, Prime Minister Haider al-Abadi says Iraqi forces "tightened their control over the inside of the city, and there are some pockets that need to be cleaned out within hours."

Earlier, the commander of Iraqi special forces, Brig. Haidar al-Obeidi, told The Associated Press that his troops control about 80 percent of the city, with IS militants concentrated in several districts on the city's northern edge.