Fake pennies worth $1,000 each placed throughout U.S. as part of bank's promotion 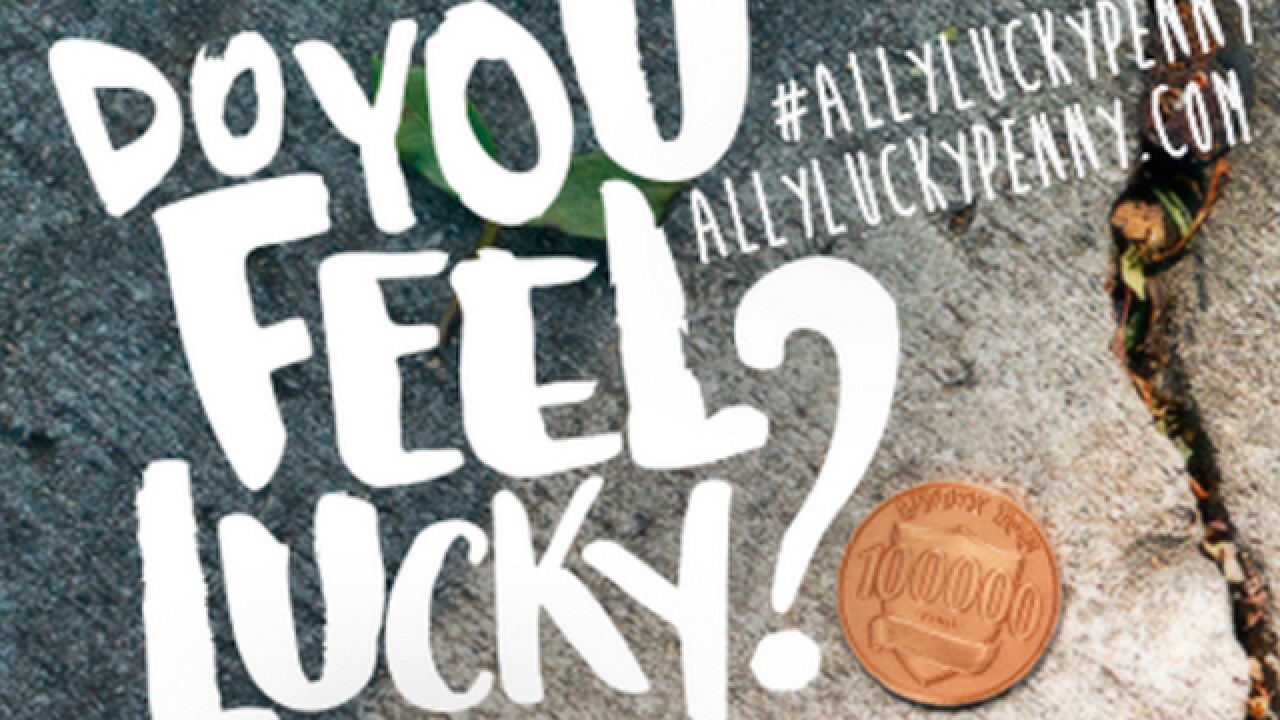 Stopping to pick up a stray penny off the ground may not seem worth the effort, yet one bank is trying to change that mindset by placing 100 fake pennies across the country worth $1,000 apiece.

Ally Bank says it is hoping to encourage Americans to look for opportunities to save through its "Lucky Penny" promotion, which launched this week. The lucky pennies carry a copper color like real pennies, but feature the Detroit-based bank's logo instead of Abraham Lincoln's head. The flip side of the coin lists its value at 100,000 cents.