Failure on casino expansion could be boon for Atlantic City 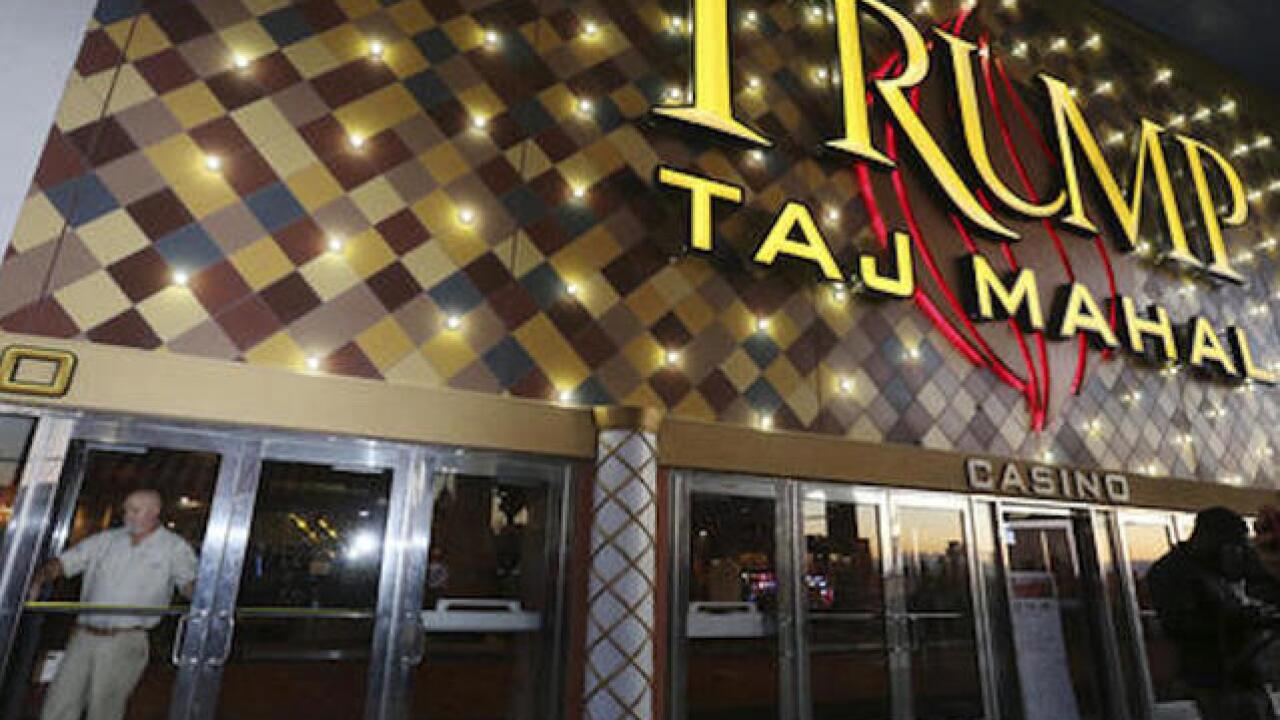 Copyright Associated Press
Mel Evans
<p>A worker measures the doorway to block the entrance at the Trump Taj Mahal Monday, Oct. 10, 2016, in Atlantic City, N.J. The sprawling Boardwalk casino, with its soaring domes, minarets and towers built to mimic the famed Indian palace, shut down at 5:59 a.m., having failed to reach a deal with its union workers to restore health care and pension benefits that were taken away from them in bankruptcy court. (AP Photo/Mel Evans)</p>

ATLANTIC CITY, N.J. (AP) — Casino expansion throughout the Northeast has been blamed for much of Atlantic City's struggles, and New Jersey's first attempt to cash in on those same expansion benefits seems destined to fail.

But that failure could mean a win, at least temporarily, for Atlantic City. Many casino and southern New Jersey business leaders fear the resort town could lose up to three of its surviving casinos if in-state competition is authorized in a statewide referendum next month.

Atlantic City casino and business leaders held a rally Thursday against the expansion proposal, which is trailing badly in polls thanks partly to more than $11 million spent by interest groups against the referendum. Those groups include casinos and unions in New York and Atlantic City.

"If they allow this to happen, we will be done down here," said Shari Schugar, a cocktail server at the Tropicana casino. "We get so much of our business from north Jersey."

"It would devastate us," added her co-worker Joann Lardizzone, who has served drinks at the Tropicana for 33 years. "So many people came here to find a good job to raise a family. New Jersey should help us, not hurt us."

The Nov. 8 referendum comes as Atlantic City's casino industry continues to shrink. In 2006, when the first casino opened in neighboring Pennsylvania, Atlantic City's casinos took in $5.2 billion. By last year, that had fallen to $2.56 billion, and five of the city's 12 casinos have gone out of business since 2014, most recently the Trump Taj Mahal, which closed Oct. 10.

Supporters say northern New Jersey casinos are needed to recapture gambling dollars being lost to neighboring states. New gambling houses have been added in New York, Pennsylvania and Maryland recently, and Connecticut and New York are considering further expansion. In particular, the northern New Jersey casinos are aimed at heading off a threat from a possible casino in Manhattan. Massachusetts and Rhode Island are considering casino expansion, as well.

The referendum doesn't say where the casinos would go, but proposals have been floated for casinos at the Meadowlands Racetrack in East Rutherford, where the NFL's New York Jets and Giants play; Jersey City; and Newark.

The proposal is losing by a 3-to-1 margin in many statewide polls; in southern New Jersey, the margin is more than 9-to-1.

Ron Simoncini, executive director of North Stars New Jersey, which supports expansion, says heavy lobbying by opponents including the Malaysian-based Genting Group seeks to protect its existing casino at the Aqueduct Racetrack in New York. The vote-no camp has tied the casino proposal to frustration with state government.

A record $20.8 million had been spent by interest groups for and against the referendum as of early October, and officials predicted that total could double by Election Day, making it the costliest ballot question in New Jersey history.

"The state will be deprived of economic development at the Meadowlands sports complex, as well as an opportunity to provide needed resources for the recovery of Atlantic City and the revival of our horse racing program," Simoncini said. "It is pathetic that New Jersey's self-esteem has fallen so low as to abrogate our own interests over our frustration with our government."

Atlantic City Mayor Don Guardian urged hundreds of casino workers at the rally to make sure the referendum is soundly defeated.