Eroding Alaska village to vote on whether to move or stay 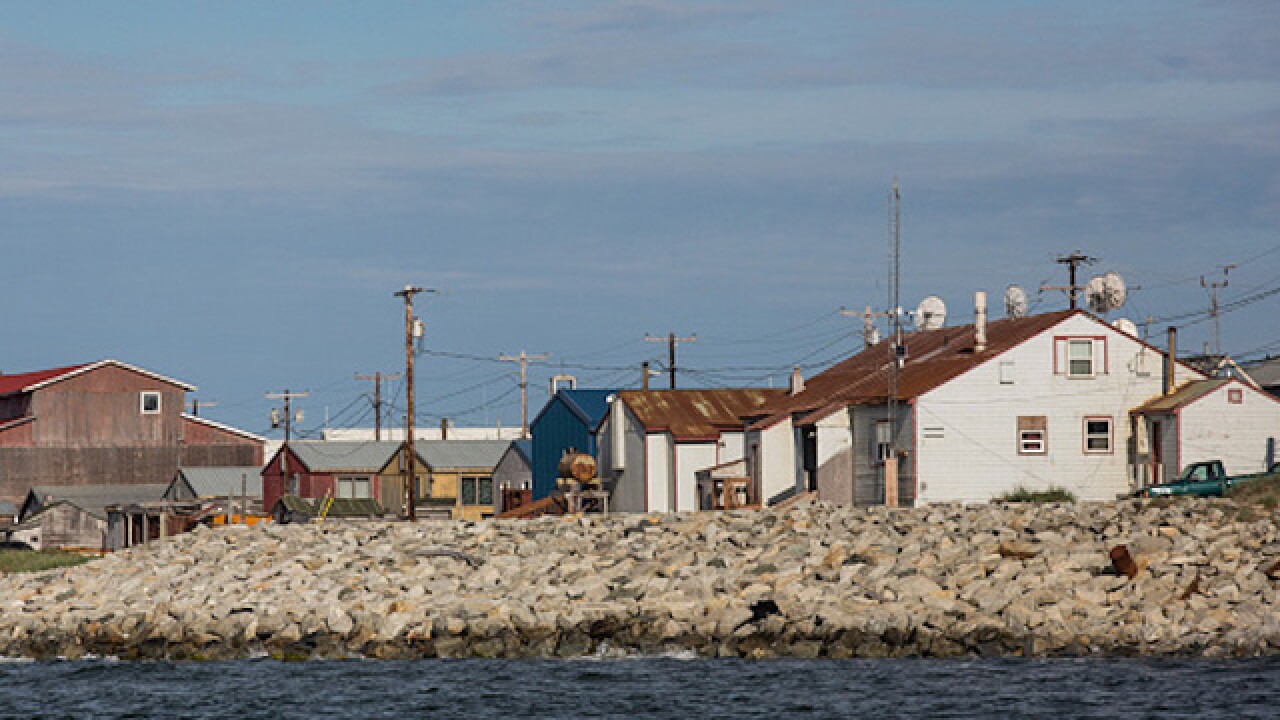 Copyright Getty Images
Andrew Burton
<p>SHISHMAREF, AK - JULY 09: The village of Shishmaref, Alaska, which sits upon the Chukchi sea, is seen on July 9, 2015. Earlier this year the Obama administration approved Shell Oil to begin drilling for oil in Arctic regions, including the Chukchi sea. Shishmaref has also had to build a seawall due to a decades-long problem with coastal erosion that has shrunk the size of the barrier island the town is built upon. The town was originally supposed to be relocated to a new site, though that plan has been put on hold. (Photo by Andrew Burton/Getty Images)</p>

ANCHORAGE, Alaska (AP) — A tiny island village on Alaska's storm-battered western coast is entering a new chapter in its decades-long pursuit to move the entire community from its badly eroding shores to safer ground.

The Inupiat Eskimo community of Shishmaref will hold a special election next month asking residents if they should develop a new community at a nearby location on the mainland or stay put with added protections, such expanding a seawall that has never been completed.

Either scenario selected in the Aug. 16 vote would cost millions — money the community of nearly 600 doesn't have. Regardless of the vote, the impoverished village ultimately will have to search for funding to make the choice a reality.

"Doing nothing is not an option," Shishmaref Mayor Howard Weyiouanna Sr. said.

But even as government funding becomes increasingly difficult to obtain, erosion continues to eat away at the shoreline, toppling at least two houses as it comes ever closer to other homes. Erosion there and other coastal communities is an escalating problem blamed on climate change that has affected storm patterns in the region. Shishmaref, built on a narrow island just north of the Bering Strait, has been identified as one of Alaska's most eroded communities and among those that expect to ultimately require relocation.

For some, including Weyiouanna, buying time at the current site 600 miles (966 kilometers) northwest of Anchorage, would be the least costly option by a long shot.

"It would be millions and millions for the other site," he said.

He doesn't have a current figure in mind. But old relocation estimates run as high as $200 million to start from scratch with new infrastructure — and about half that amount to move residents to the coastal towns of Kotzebue or Nome. Joining another community, however, is unacceptable for many who say it would amount to a cultural demise.

In its quest for a new site, the village commissioned a feasibility study through a grant administered by the state. Results of the study were released in February and listed four options, including remaining with expanded erosion protections, as well as three nearby locations to build anew. The village has been pursuing the idea of relocating since the mid-1970s. It voted to move in 2002, but funding was a problem then as well. That vote, however, was far from a majority choice, involving only about 20 residents, according to the report.

Only one of the alternate sites noted in the report is competing with the stay-put option on the ballot — an area known as West Tin Creek about 10 miles (16 kilometers) south of the current site.

Deciding which would be the best choice won't be easy, according to tribal coordinator Jane Stevenson, who has lived most of her 36 years in Shishmaref.

On the one hand, she is leaning toward remaining at the current site because it's closer to subsistence foods such as fish seal and walrus that people rely on for much of their diet. But the flipside is it doesn't offer enough space for the growing community, she said.

"A little bit of me would like to relocate because we need room for expansion," she said.

Even if the majority chooses to develop a new site, that would take many years to happen. In the meantime the current location needs attention, even if it means future funding of improvement projects to keep people safe, according to Sally Russell Cox, a state planner.

Ultimately, it's up to residents to decide what the next step is, she said.

"It has to be driven by the community," Cox said.