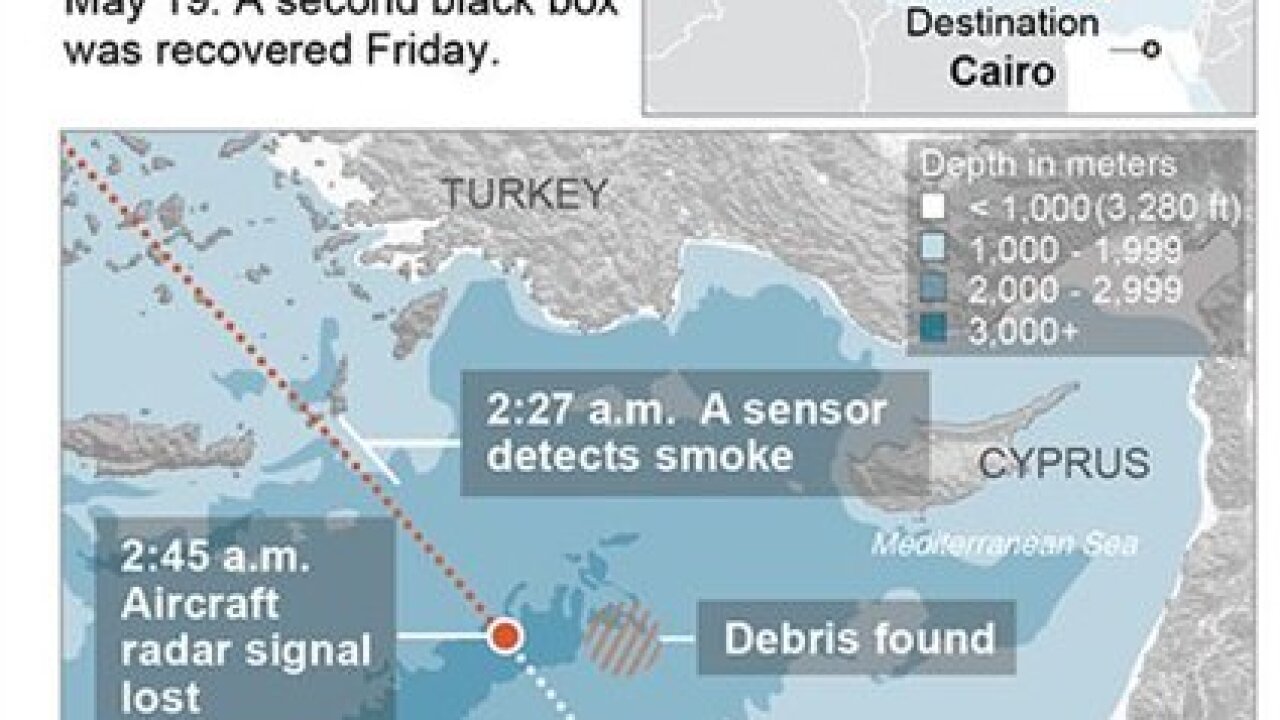 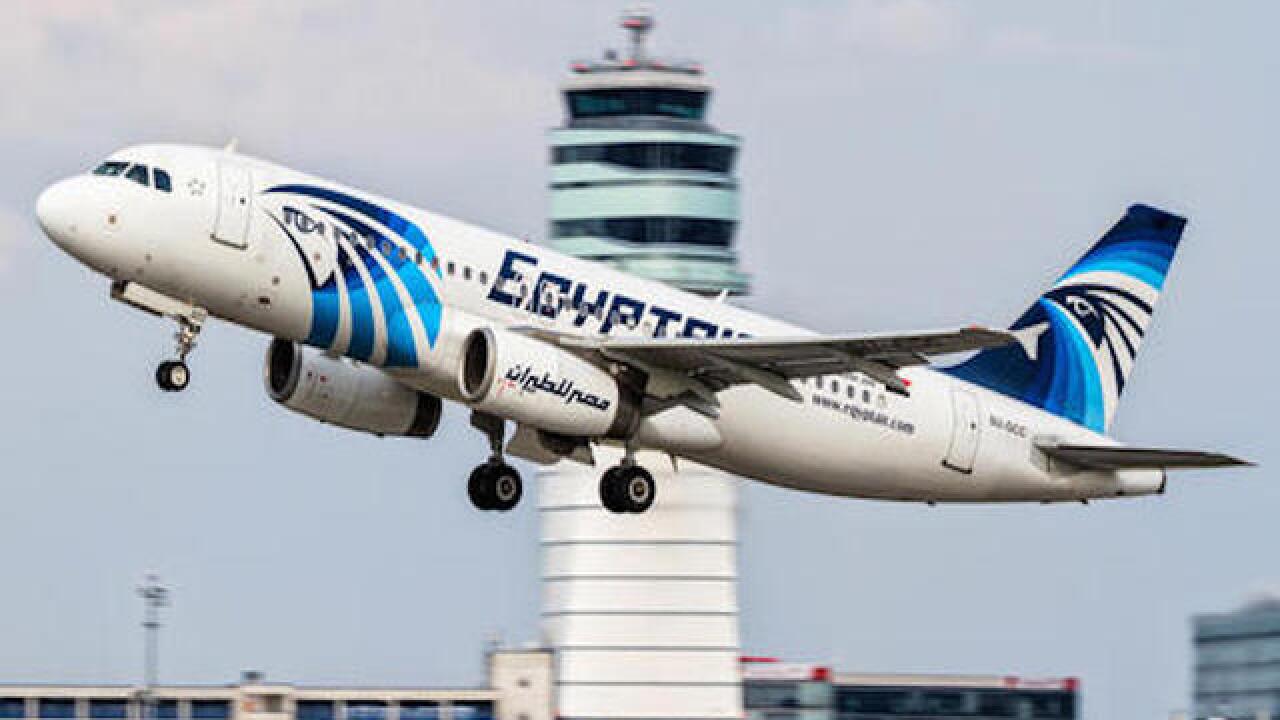 CAIRO (AP) — The second black box of the doomed EgyptAir plane that crashed last month killing all 66 people on board was pulled out of the Mediterranean Sea on Friday, a day after Egypt's investigation committee said the plane's cockpit voice recorder had been recovered.

The find significantly raises hopes that investigators will finally able to determine what caused the crash of the EgyptAir Airbus A320. Both France and the United States are sending investigators to Cairo to help with the probe.

The recovery of the black boxes follows a breakthrough earlier in the week, when ships searching the part of the Mediterranean north of Egypt spotted the wreckage of the plane and started mapping its debris on the seabed.

It's still not known what brought the plane down between the Greek island of Crete and the Egyptian coast — or whether the aircraft broke apart in the air, or stayed intact until it struck the water.

No militant group has said it downed the plane, which was flying to Cairo from Paris when it crashed on May 19. The wreckage was believed to be at a depth of about 3,000 meters (9,800 feet). Previously, search crews found only small floating pieces of debris and some human remains.

On Friday, a statement from the Egyptian committee said the vessel John Lethbridge, contracted by the Egyptian government to search for the wreckage, pulled the data recorder out of the sea in stages. It added that it managed to "successfully retrieve" the memory unit of the recorder, which is the "most important" component.

While the statement didn't elaborate on the condition of the recorder, it implied that the memory unit had been safely recovered. The two so-called black boxes were tucked into the plane's tail.

The committee said later Friday it received both black boxes, which were brought to Cairo from the port city of Alexandria, where they were transferred to from the site of the crash. The data will be downloaded and analyzed in the coming days.

"The analysis might take weeks," the committee said, adding that the timespan depends on the condition of the memory units in the recorders. If there is damage, the statement said the recorders may have to be taken outside of Egypt to be repaired.

France's Accident Investigating Bureau, or BEA, said Friday it's sending an investigator to Cairo "to lend our technical expertise to the reading of the two recordings." On Thursday, the U.S. National Transportation Safety Board also said it's sending an investigator and a recorder specialist to Cairo. Honeywell, the U.S. technology company that manufactured the cockpit voice recorder, is providing technical support as well.

A top security official at the Cairo International Airport, Brig. Gen. Fahmi Megahed, ordered extra security measures at the civil aviation ministry headquarters and the investigation team offices, where the recorders will be analyzed. Both are adjacent to the airport.

Leaked flight data indicated a sensor had detected smoke in a lavatory and a fault in two of the plane's cockpit windows in the final moments of the flight.

"The plane clearly suffered an instant severe damage that left it uncontrollable," said Shaker Kelada, an EgyptAir official who was not involved in the search but has led other crash investigations for the national carrier. He said finding the black boxes was "a great success" but that "now time and patience is needed to analyze them."

Egypt's civil aviation minister, Sherif Fathi, has said terrorism is a more probable cause than equipment failure or some other catastrophic event.

John Lethbridge, the vessel that found the wreckage, arrived on June 9 at the port of Alexandria, carrying highly specialized equipment of the Deep Ocean Search company. A statement from DOS said the search team eventually narrowed down the search to "a depth equal to 10 times the height of London Shard tower" a 3,000 meter, 95-storey skyscraper in London. Investigators said earlier that they had narrowed down search area to a five-kilometer (three-mile) radius of the Mediterranean.

Finding the black boxes was essential and could reveal whether a mechanical fault, a hijacking or a bomb caused the disaster. Investigators also hope the black boxes will offer clues as to why there was no distress call.

There are two on board each plane — a cockpit voice recorder, which should contain a record of the last 30 minutes in the cockpit, and is equipped to detect even loud breathing. The second is the flight data recorder, which would contain technical information on the engines, wings and cabin pressure.

Safety onboard Egyptian aircraft and at the country's airports have been under close international scrutiny since a Russian airliner crashed in the Sinai Peninsula in October, killing all 224 people on board, shortly after taking off from a Red Sea resort in Egypt.

That crash — claimed by the Islamic State group's affiliate in the Sinai and blamed by Moscow on an explosive device planted on board the aircraft — decimated Egypt's tourism industry, which had already been battered by years of turmoil in the country.