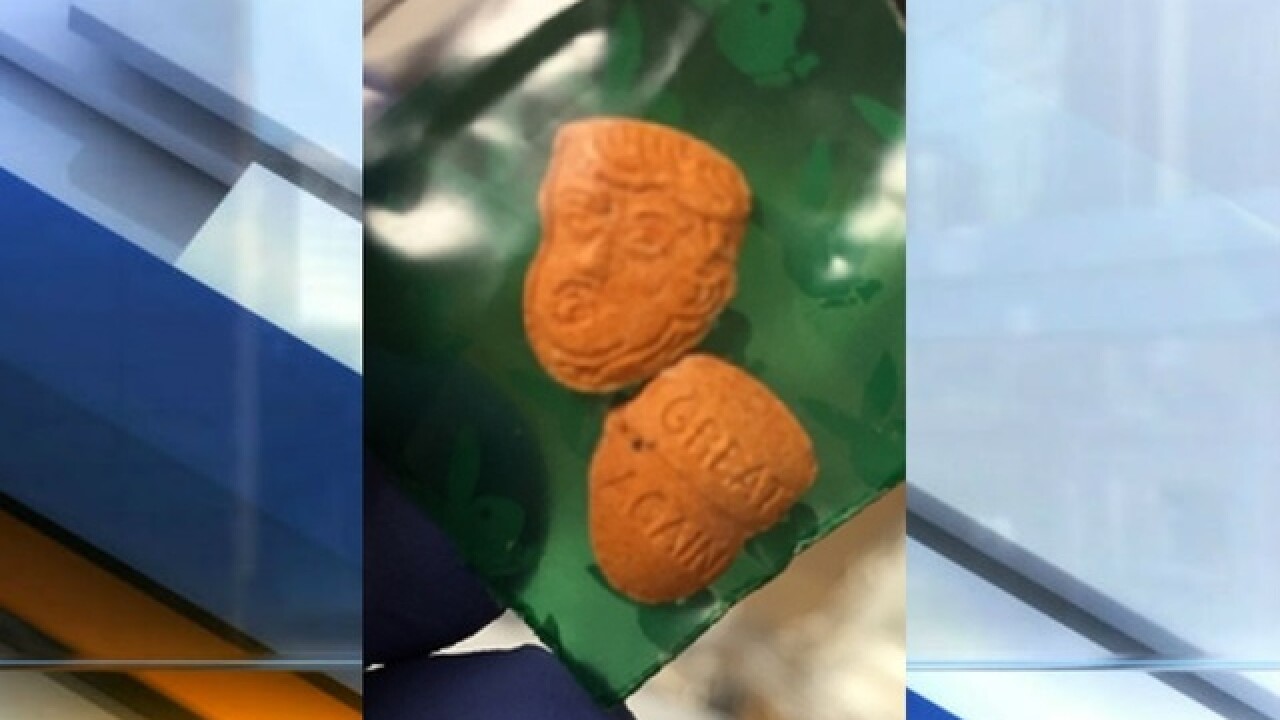 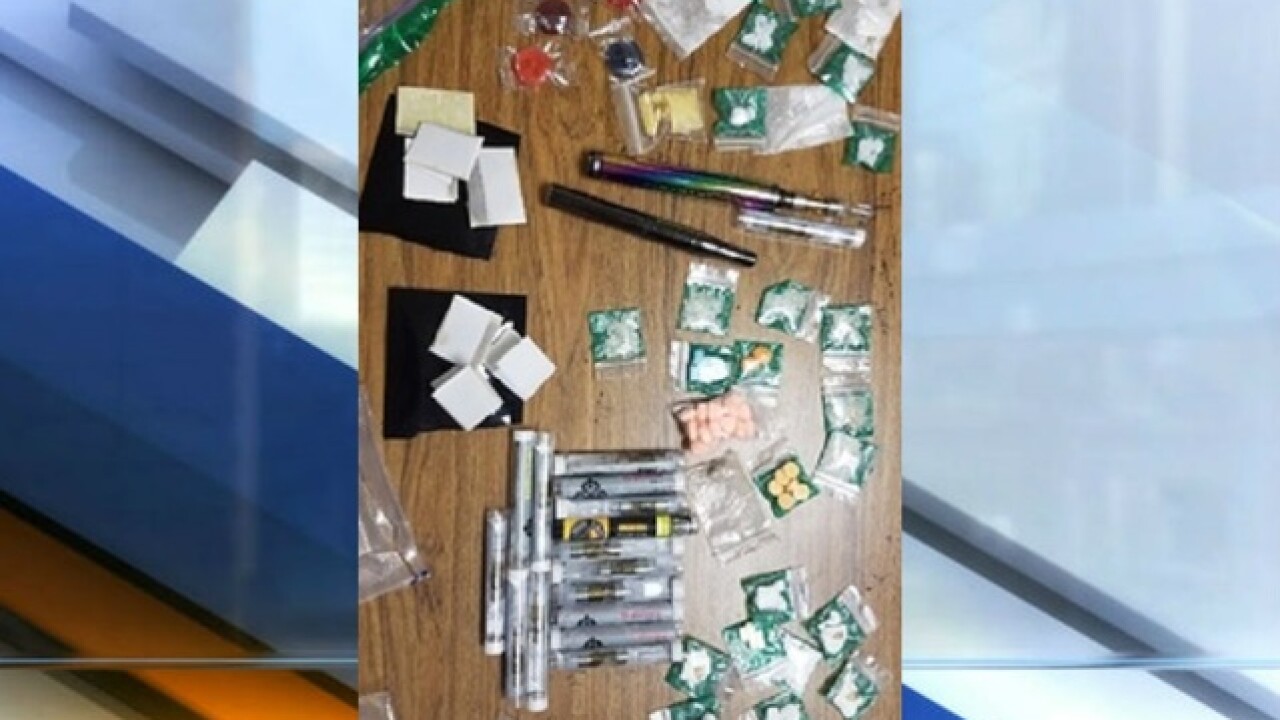 INDIANAPOLIS -- Cocaine, heroin, LSD, marijuana, mushrooms, and prescription medications were just a few of the narcotics seized by law enforcement during a six-day operation in north central Indiana.

Some of the drugs stick out because of their shape, color and what they say.

Ecstasy tablets that bear a striking resemblance to President Trump and on the other side say "Great Again."

Nine agencies conducted patrols along US 31 in Miami and Fulton Counties, Indiana from June 19 through 21 and June 26 through 28.

Indiana State Police say the goal was to enforce traffic laws and catch people who use Indiana roadways to transport and distribute illegal drugs.

By the way, this isn't the first time that Trump-shaped ecstasy pills have been discovered.

Back in August 2017, German police seized 5,000 pills shaped like the president's head that said Trump on the back.