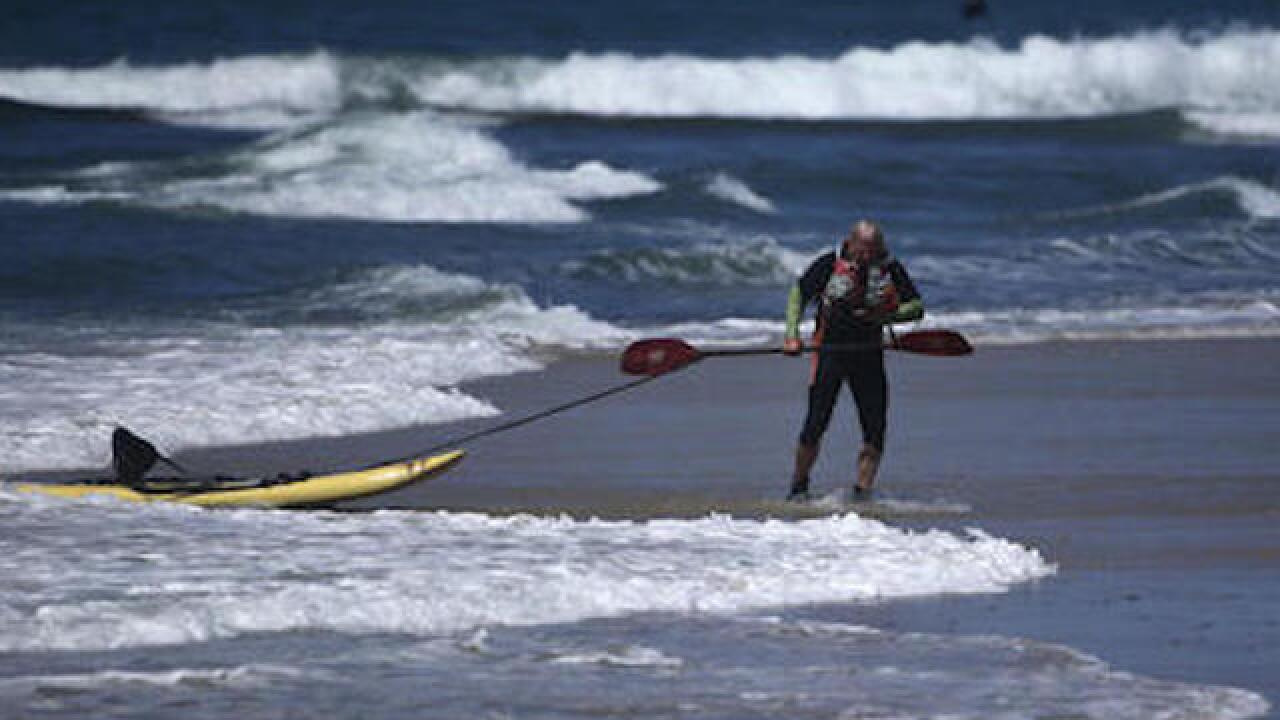 WASHINGTON (AP) — Earth's record monthly heat streak has hit 11 months in a row — a record in itself.

The National Oceanic and Atmospheric Administration announced Tuesday that March's average global temperature of 54.9 degrees was not only the hottest March, but continues a record streak that started last May.

According to NOAA climate scientist Jessica Blunden, the 11 heat records in a row smashes a streak of 10 set in 1944. Climate scientists say this is a result of El Nino, along with relentless, man-made global warming.

Blunden and Michael Mann at the University of Pennsylvania worry that people will be desensitized to the drumbeat of broken records and will not realize the real affect they have on weather — for example, massive changes in what is supposed to be winter in the Arctic. Greenland had a record early start for its ice sheet melting. The Arctic had its smallest winter maximum for sea ice and it was the second smallest March snow cover for the Northern Hemisphere.

"It's becoming monotonous in a way," said Jason Furtado, a meteorology professor at the University of Oklahoma. "It's absolutely disturbing ... We're losing critical elements of our climate system."

March was 2.2 degrees warmer than the 20th-century average. That's a record amount above average for any month, breaking the mark set only the month before. Africa and the Indian Ocean were especially warm, Blunden said.

The first three months of the year were 2.07 degrees warmer than normal and half a degree warmer than the previous record start, set last year.

Beyond NOAA, NASA, the Japanese weather agency and satellite tracking measurements have reported that March was a record hot month. Blunden said there's a good chance April will mark a solid year of records. Eventually, she said, the record setting streak will come to an end as the El Nino dissipates.

El Nino, a warming of parts of the Pacific which changes weather worldwide, tends to push global temperatures up. La Nino, its cooling flip side, is forecast for later this year.

For NOAA, this is the 37th time monthly heat records have been broken since the year 2000, but it has been more than 99 years since the last time a global cold record has been set.