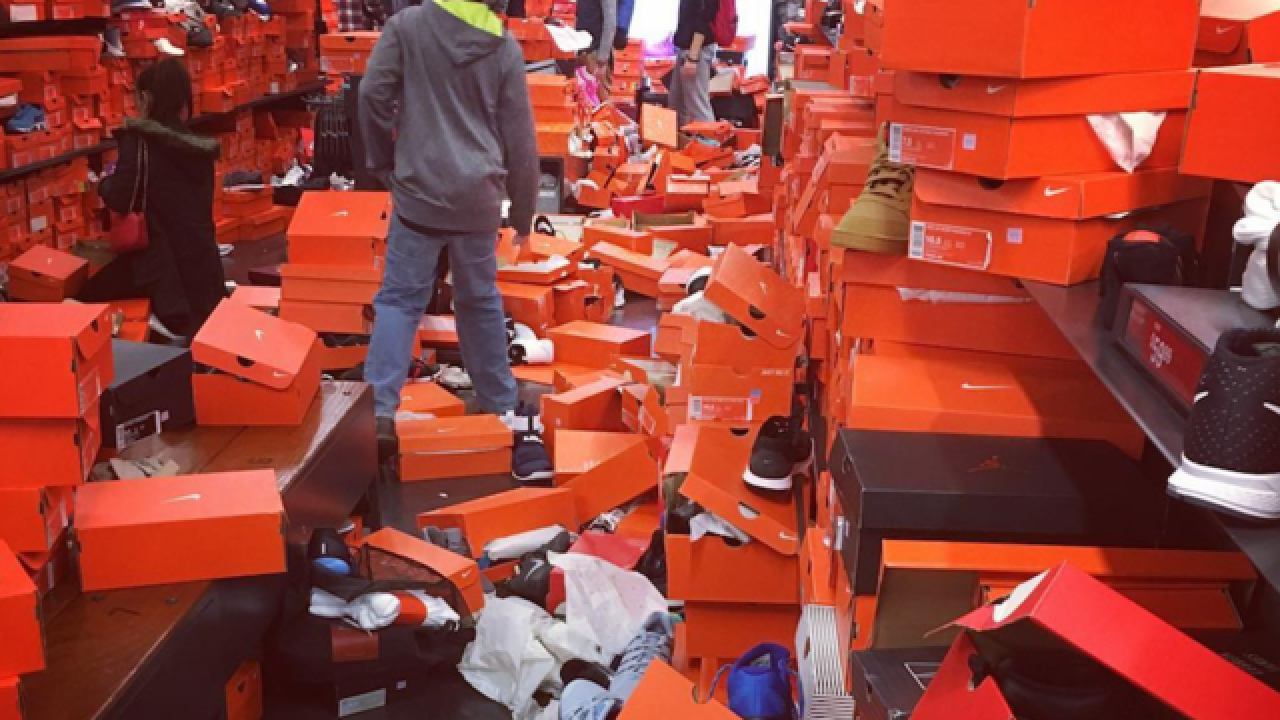 A Nike outlet store near Seattle, Washington offered some of the most astonishing images from Black Friday 2016 as shoppers left hundreds of opened shoe boxes strewn across the floor.

According to BuzzFeed, more than 20,000 people visited the Nike factory store at the Seattle Premium outlets in Tulalip, Washington on Friday. But while hundreds presumably walked away with a new pair of kicks, many changed their minds after trying a pair on.

By the end of the day, the shoe aisles in the store had been transformed into rivers of orange shoe boxes, forcing customers to wade through the piles of cardboard to get through the store.

According to BuzzFeed, one store employee called the situation “Jurassic Park crazy,” and added that it “bothered” him to see kids and adults alike pull items out without putting them back, and kicking things aside with little to no regard.

See the astounding images from the store via social media posts below.

It's like a zombie apocalypse. I feel bad for the people who need to clean this up. #BlackFriday #NikeOutletStore

The #carnage when people #blackfriday too hard for #nike #shoes....Stay safe and sane everyone.

A photo posted by Nicole ??? (@nicoololz) on