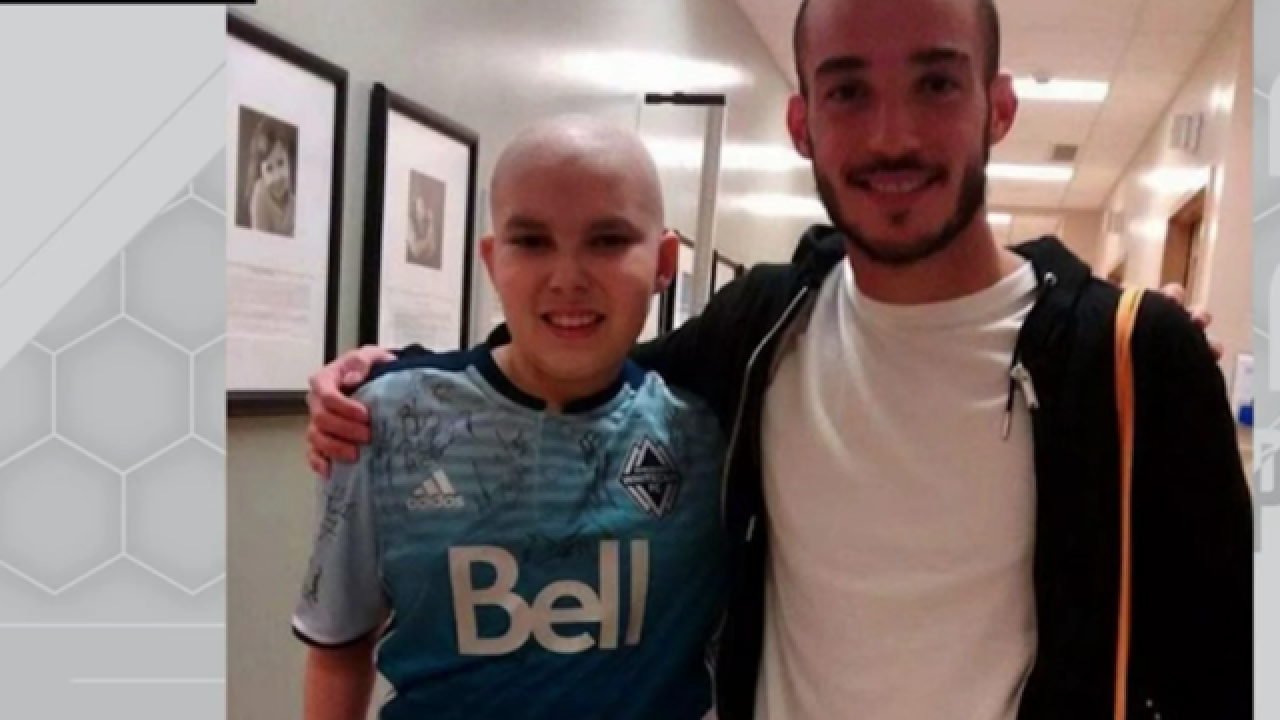 Those playing EA Sports' FIFA 17 might have a new star to add to their team.

Soccer stars Lionel Messi, Cristiano Ronaldo and Neymar have a new peer — at least when it comes to player ratings within the latest version of the international soccer game.

Doust is a Canadian and Vancouver Whitecaps fan who began chemotherapy on Oct. 30, 2015 after doctors discovered three brain tumors, according to foxsports.com . After 25 sessions of chemo, Doust was declared cancer free.

Electronic Arts, the maker of the game, is based in Vancouver and opted to honor Doust within the game.

Respect to EA for putting @KentonDoust in the game, for those who don't know he beat brain cancer pic.twitter.com/yzJUmRwGvw

@Firmtinho this too but it's amazing what they did for me and how much it helped me pic.twitter.com/D76rURMdvD