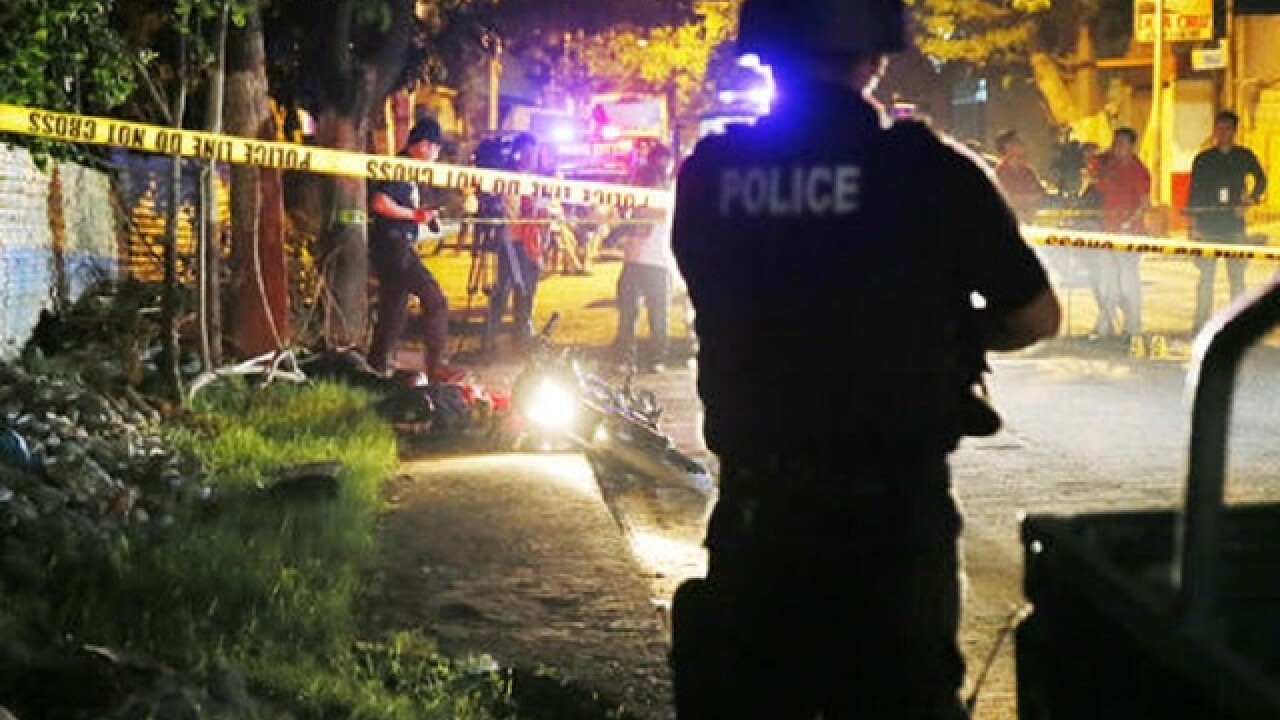 MANILA, Philippines (AP) — The Philippine president has compared his bloody anti-drug campaign, which has left more than 3,000 people dead, to how Hitler massacred millions of Jews, saying he would be "happy to slaughter" 3 million addicts.
President Rodrigo Duterte issued his latest threat against drug dealers and users early Friday on arrival in southern Davao city after visiting Vietnam, where he discussed his anti-drug campaign with Vietnamese leaders among other concerns.
Duterte says: "Hitler massacred three million Jews ... there's three million drug addicts. There are. I'd be happy to slaughter them." Historians say that 6 million Jews were killed by the Nazis under Hitler before and during World War II.
Copyright 2016 The Associated Press. All rights reserved. This material may not be published, broadcast, rewritten or redistributed.