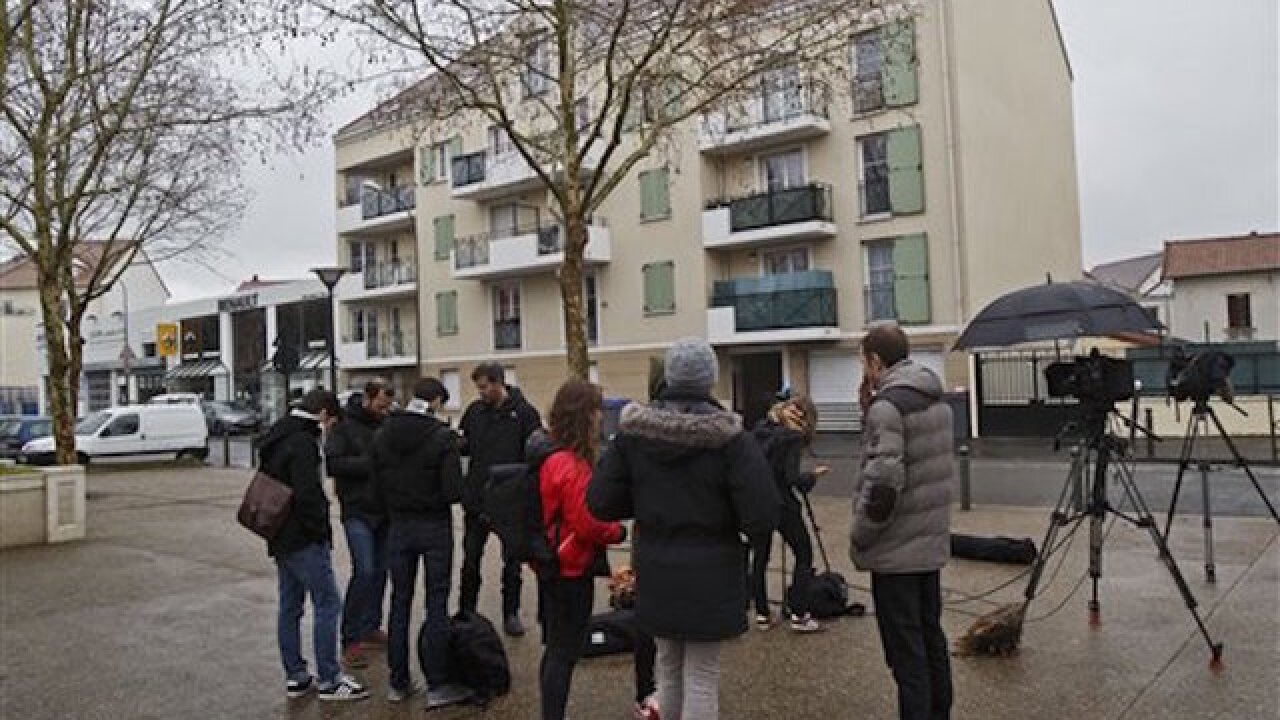 Copyright 2018 Scripps Media, Inc. All rights reserved. This material may not be published, broadcast, rewritten, or redistributed.
Michel Euler
Journalists gathering in front of the house were French police where searching Thursday night in Argenteuil, northern outskirts of Paris, Friday, March 25, 2016. A Frenchman in the "advanced stages" of a plot to attack the country was arrested Thursday northwest of Paris and security forces locked down the area during a major search, France's interior minister said. (AP Photo/Michel Euler)

THE HAGUE, Netherlands (AP) — Dutch police arrested a 32-year-old Frenchman in the port city of Rotterdam on Sunday at the request of French authorities who suspect him of "involvement in planning a terror attack," prosecutors said.

Residents were evacuated from homes near addresses on two streets that were raided Sunday by anti-terror police, who also took three other men into custody.

French officials requested the arrest Friday after the suspect emerged during an investigation, according to a statement from the Dutch national prosecutor's office.

Spokesman Wim de Bruin declined to give more details about the alleged plot, saying it was a French investigation.

The suspect, whose identity was not released, is expected to be extradited to France soon.

Three other men were detained in Sunday's raids; two with Algerian backgrounds and a third man whose identity could not immediately be established.

De Bruin said the three were held in relation to a Dutch investigation, but he gave no further details.

The raids came with Europe on high alert following the deadly suicide bombings in Brussels.