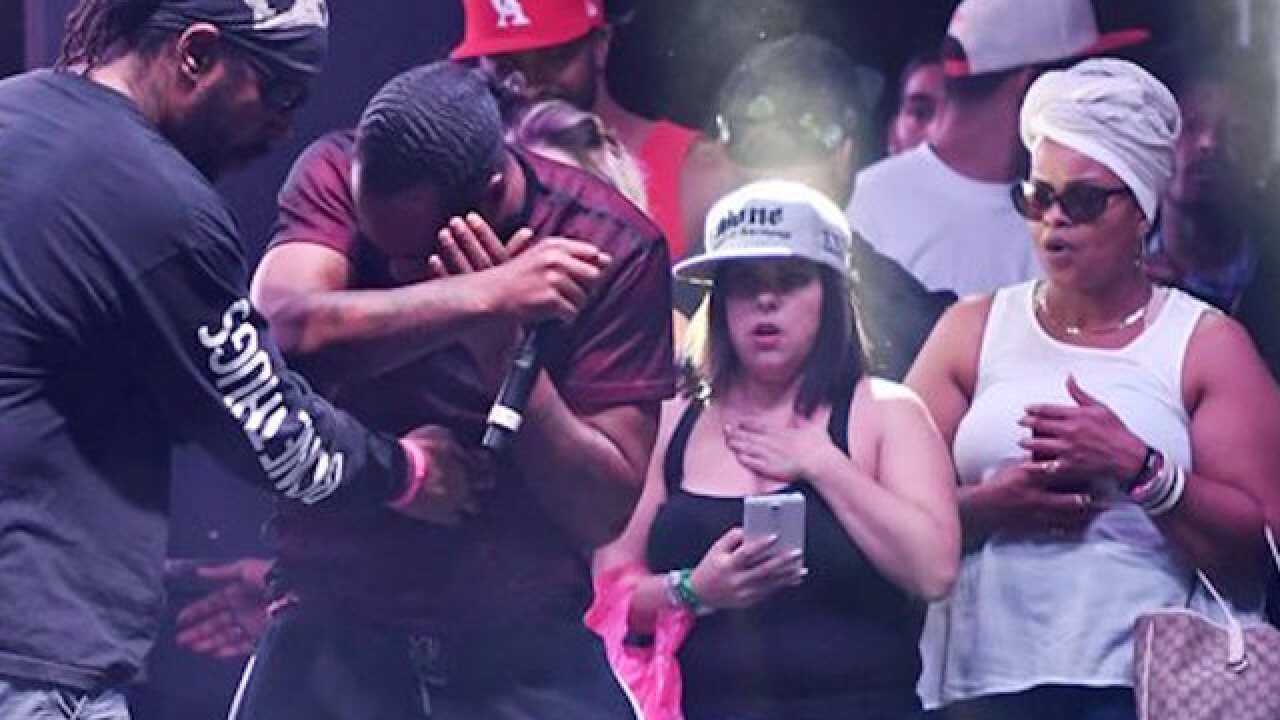 VICTORVILLE, Calif. (AP) — The hip-hop rhythms of Bone Thugs-n-Harmony are too fierce to be stopped. Even by a drone to the face.

The group was performing at the High Life Music Festival in Victorville on Sunday when a drone buzzed up and smacked rapper Stanley "Flesh-N-Bone" Howse in the face. He winced and grabbed his head, but he and the rest of the group didn't stop the show or even the song.

It's not clear whether a fan, the band or someone connected to the festival had launched the drone, which was about 2 feet wide.

Messages left with police and representatives for the group weren't immediately returned.

Bone Thugs-n-Harmony, whose other members are Bizzy Bone, Wish Bone, Layzie Bone and Krayzie Bone, began in Cleveland in 1993 and is known for mixing singing with rap.