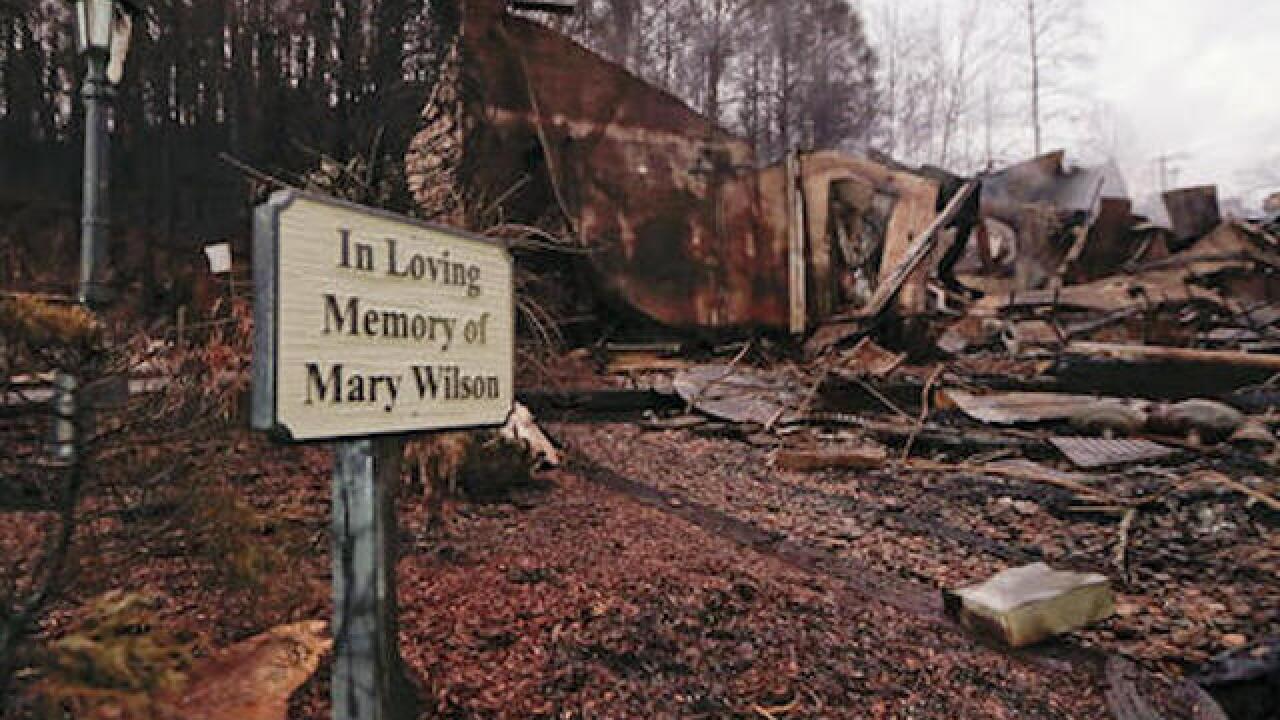 Copyright Associated Press
Mark Humphrey
<p>Smoke rises from the remains of the Alamo Steak House Wednesday, Nov. 30, 2016, in Gatlinburg, Tenn., after a wildfire swept through the area Monday. Three more bodies were found in the ruins of wildfires that torched hundreds of homes and businesses in the Great Smoky Mountains area, officials said Wednesday. (AP Photo/Mark Humphrey)</p> GATLINBURG, Tenn. (AP) — After nearly 24 hours of drenching rain helped quench a series of devastating wildfires in eastern Tennessee, local officials turned to cleanup and recovery efforts even as they battled their own personal crises.

Gatlinburg Mayor Mike Werner said discussions were under way about re-opening the resort city as early as Friday, which would give business owners and residents their first look at the damage in a city that has been closed since Monday night.

Werner has spent the better part of two days standing in front of TV cameras saying "everything is going to be OK," all while he lost the home he built himself along with all seven buildings of the condominium business he owned.

"I really can't dwell on it that much. I think of others that have lost theirs, and it keeps my mind off of our problems," he said while fighting back tears. "It's really hard, it's really tough."

Werner was just one of several city officials confronting the crisis while dealing with losses of their own. Gatlinburg City Manager Cindy Cameron Ogle also lost her home in the fire. And Gatlinburg Fire Chief Greg Miller said the homes of several firefighters are among the estimated 300 plus buildings in the city that have been destroyed.

"They have not asked to be off," Miller said. "That's just a testament to the dedication of these responders who serve this community. They put their own personal needs aside to take care of everybody else."

Sevier County Mayor Larry Waters said officials plan to announce Thursday morning when local residents and business owners can return to the city. Authorities discovered three more bodies among the ruins Wednesday, raising the death toll to seven. But there were some happy moments, as three people who had been trapped since the fires started Monday night were rescued.

"That is some good, positive news for a change," he said.

The mayor said authorities are still working to identify the dead and did not release any details about how they were killed. State law enforcement set up a hotline for people to report missing friends and family. Officials have not said how many people they believe are missing.

Three brothers being treated at a Nashville hospital said they had not heard from their parents since they were separated while fleeing the fiery scene during their vacation.

Gatlinburg Police Chief Randall Brackins said they have searched about 30 percent or less of the city so far.

More than 14,000 people were evacuated from Gatlinburg on Monday night, and many of them are still nervously awaiting word of when they can get back in the city to see if they still have homes.

Buddy McLean said he watched Monday from a deserted Gatlinburg street as flames surrounded his 26-acre hotel nestled in the mountains.

"I have 35 employees," McLean said. "All of them lost their jobs overnight."

Storms moved through the area as part of a system ravaging the Southeast, spawning suspected tornadoes in parts of Alabama and Tennessee, killing at least five people and injuring more than a dozen.

Much remained uncertain for a region that serves as the gateway into the Great Smoky Mountains, the country's most visited national park.

The Rocky Top Sports World complex on the outskirts of town was serving as a shelter. Wolf McLellan stumbled into the facility after a day of wandering the streets. He was forced to evacuate a motel where he was staying. He grabbed his guitar, two computers and his social security card and tried to flee with his dog, Kylie.

"She was too scared to move with the smoke and sirens and she just stood there. I didn't want to drag her. I couldn't drag her," he said. "I figured the humane thing to do would be to just cut her loose."