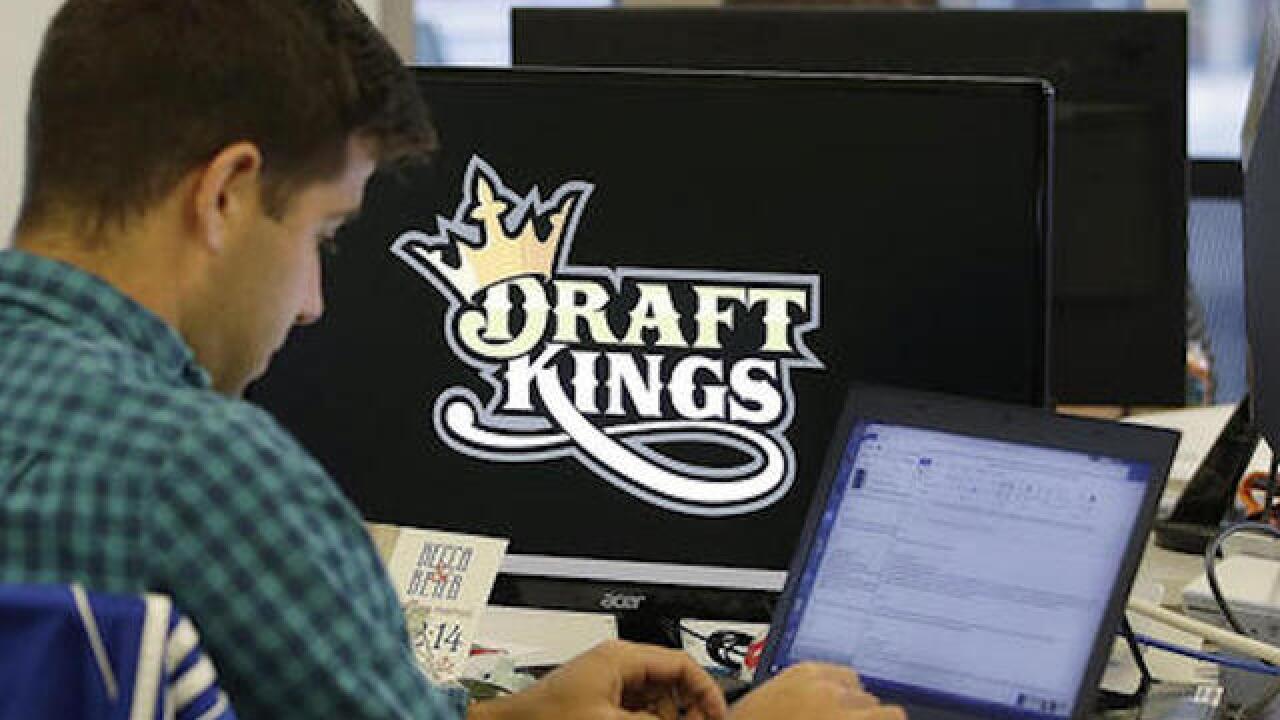 Copyright Associated Press
Stephan Savoia
<p>In this Sept. 9, 2015, file photo, Bear Duker, a marketing manager for strategic partnerships at DraftKings, works at his computer at the company headquarters in Boston. Gambling analysts said the daily fantasy sports company has struggled to break out in the UK since it launched to fanfare there in February 2016. (AP Photo/Stephan Savoia)</p>

The two companies made the announcement Friday, saying the combined organization would be able to reduce costs as they work to become profitable and battle with regulators across the country to remain legal.

The companies have each raised millions of dollars through investors and sponsorship deals, but state attorneys general, lawmakers and regulators have questioned whether their online games — in which players pick teams of real life athletes and vie for cash and other prizes based on how those athletes do in actual games — amount to illegal sports betting.

The companies said in their statement that the merger, which still requires federal approval, would help them more efficiently lobby policymakers for a "standard regulatory framework" for the relatively new industry, which grew out of the traditional season-long fantasy sports competitions played by millions of Americans.

DraftKings CEO Jason Robins, who would take over as chief executive of the new company, said the merger also would help the companies develop a better product — like offering more varied contests, developing loyalty programs and improving their website features.

"Being able to combine DraftKings and FanDuel presents a tremendous opportunity for us to further innovate and disrupt the sports industry," said FanDuel CEO Nigel Eccles, who would become the combined company's board chairman.

The deal, which has been rumored for months, has raised questions among analysts about whether the merging of two companies that represent about 90 percent of the daily fantasy sports market would violate federal anti-trust laws. Larger companies like Yahoo, ESPN and CBS Sports dominate the broader fantasy industry, but are relatively small players in daily fantasy.

The companies didn't address regulatory concerns in their announcement.

It's also not yet clear how the merger will work on a practical level.

Financial terms were not disclosed Friday and the companies will maintain their separate brand names and operations until the deal is finalized, likely later in 2017.

The combined company is expected to be co-headquartered in New York and Boston under the agreement. DraftKings is currently based in Boston and FanDuel in New York.