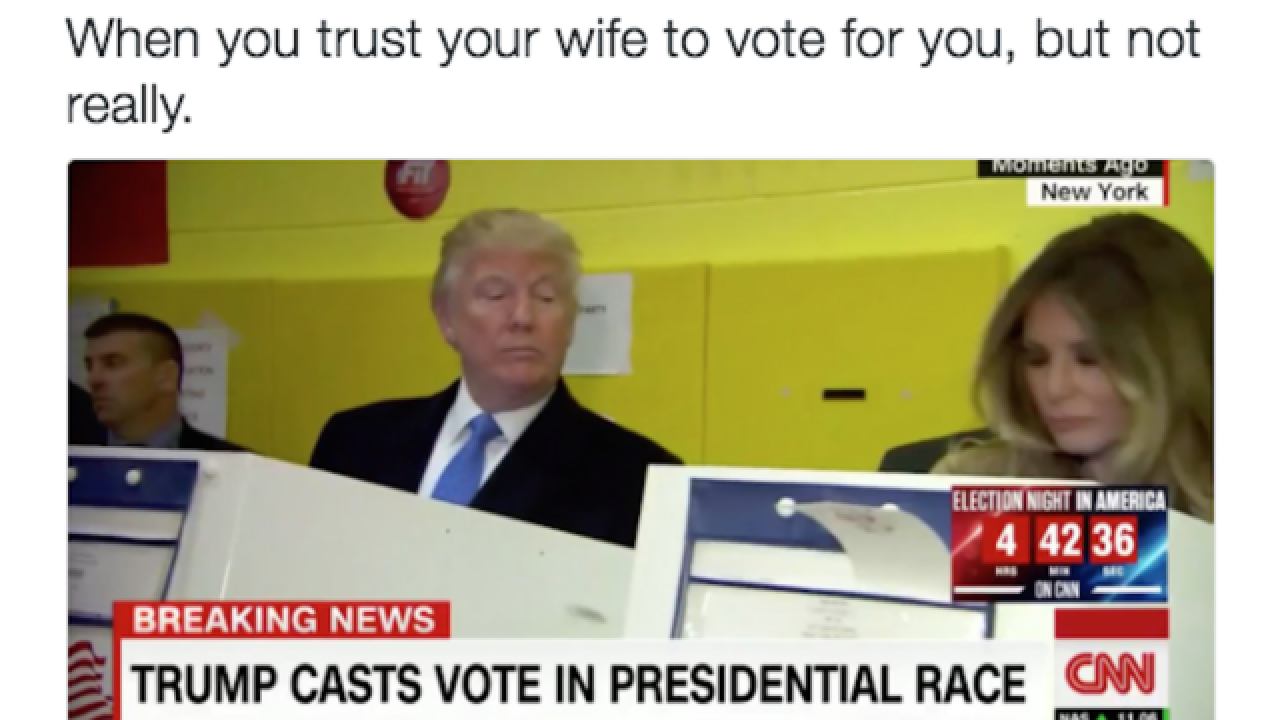 A photo of Donald Trump and Melania Trump voting on Tuesday morning may go down as one of the last iconic moments of the 2016 election.

As CNN filmed the hopeful first couple casting their ballots at a New York polling place, Donald Trump is seen looking over his wife's shoulder, presumably at her ballot.

"When you trust your wife to vote for you, but not really," wrote Twitter user @Gabbienain along with a screenshot of the moment. The post was retweeted more than 41,000 times and liked more than 45,000 times in only two hours.

When you trust your wife to vote for you, but not really. pic.twitter.com/tLprW7iXI3

Reports have suggested that the race between Trump and Hillary Clinton is causing a voting split among married couples never before seen. It appears Trump just wanted to be sure.