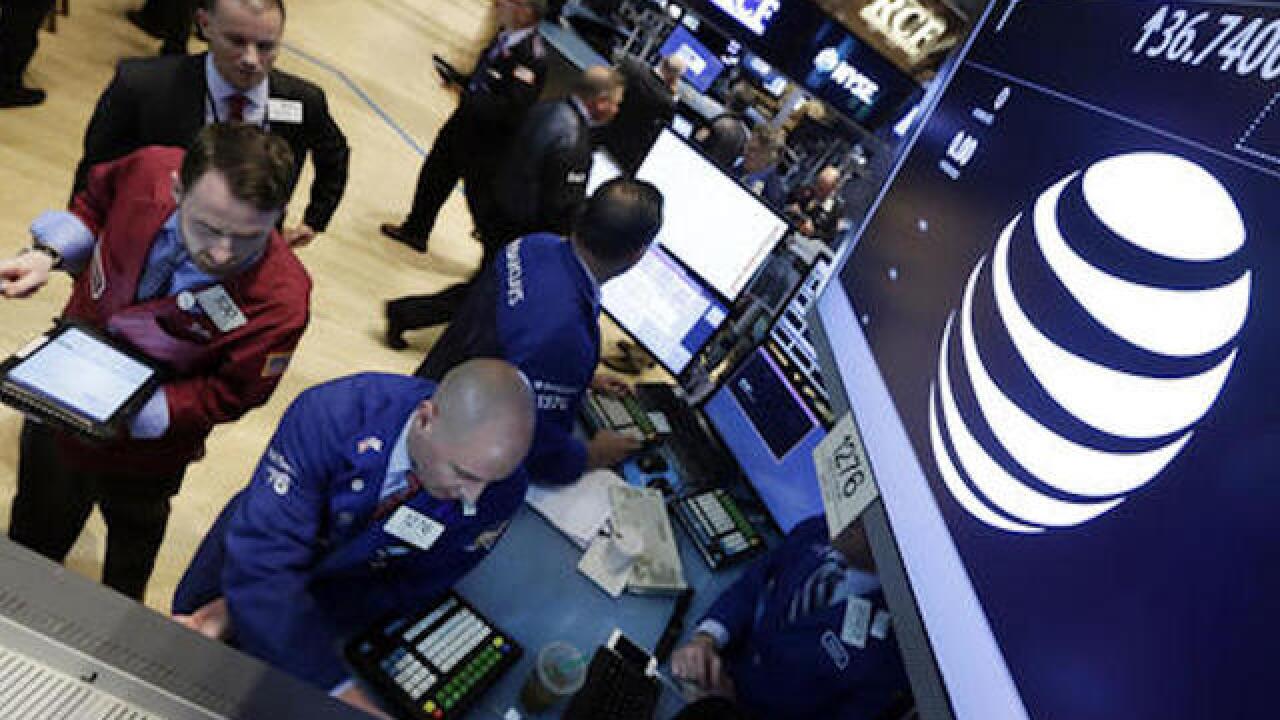 Copyright Associated Press
Richard Drew
<p>In this Monday, May 19, 2014, file photo, traders gather at the post that handles AT&T on the floor of the New York Stock Exchange. There are already a few online services that aim to replace cable, but they don’t have many users yet. AT&T’s DirecTV hopes to change that. (AP Photo/Richard Drew)</p>

NEW YORK (AP) — There are already a few online services that aim to replace cable, but they haven't attracted many users yet. AT&T's DirecTV hopes to change that.

While just about any person you meet on the street will tell you cable costs too much, the vast majority of Americans don't think it's bad enough to cancel. Cheaper online live-TV services, like Dish Network's Sling TV and Sony's PlayStation Vue, remain relatively unknown compared with Netflix, Hulu and Amazon. And while they're easy to order and cancel online and fairly simple to use, they still have drawbacks.

"No one has really delivered the right combination of content, price and ease that will get people to make that call to their current provider and say sayonara," said Forrester analyst Jim Nail.

It's unclear if AT&T's new service, creatively dubbed DirecTV Now, will break out with consumers. But it has the size to get better deals from entertainment companies, who have slowly come around to the idea of streaming. And if that doesn't work, watch for a live-TV operation from Hulu early next year. And maybe one from Google. Or, who knows, maybe even Apple, too.

WHO WANTS TO WATCH?

If an online cable service could figure out how to get customers to pay up, it could attract millions of people.

Americans are increasingly dissatisfied with how much they pay for what's on TV. The number of customers paying cable and satellite operators for TV has dropped nearly 3 million, to roughly 97 million, in the past two years, according to industry experts MoffettNathanson Research.

And plenty of people never signed up for a $100 TV bundle to begin with. Research firm SNL Kagan estimates that about 14.4 million households pay for internet but not TV. AT&T sees the potential market for DirecTV Now as 20 million homes.

But analysts estimate that Sling has racked up fewer than 1 million subscribers since it launched in February 2015. Vue's numbers are harder to get a handle on, but it's not on the list of top 10 most popular online video services compiled by research firm Parks Associates. Neither service reports subscriber numbers.

Of course, it's hard to attract attention when there are also dozens of other video apps. You can sign up for specific sports, or comedy, or anime, or a single channel, like HBO or CBS. Netflix, the country's most popular paid video service, has 47.5 million customers in the U.S.

THE PROBLEMS WITH INTERNET TV

New services don't have all the channels people want. There's been no perfect solution that lets you pick only your favorite channels for a reasonable price, a vision of TV nirvana known as "a la carte" that has failed to materialize because it undermines the business models of entertainment conglomerates. Only people in some markets can watch broadcast channels like NBC and Fox in real time. That's OK if you can wait to watch the next episode of a TV series, but sports fans typically want to watch games live.

And even though so-called cord-cutters are on a quest for cheaper video, virtual cable may end costing just as much, depending on how many sports channels or other extras you want and how much your internet costs when it's disconnected from its cable-bundle discount. Bundles from Sling and Vue range from $20 to $65 a month. You can pay to add more channels.

These services are easy to sign up for and cancel — but connecting them to a TV often requires an extra step or a new gadget, like an Apple TV. On the plus side, while they've experienced some technical issues during major events, service quality appears to have improved.

And they sometimes lack some of the best features of both traditional TV (endless channel options, DVR recording) and subscription TV services like Amazon and Netflix (no blackouts, no restrictions based on location if you're in your home country).

We'll have more details later Monday, but it appears that DirecTV Now will have some of those same problems. It still hasn't announced a deal with CBS, which airs hits like "NCIS," ''The Big Bang Theory" and NFL football games and which has its own streaming service it wants you to pay for.

But having the muscle of AT&T and DirecTV, together the country's largest video provider, behind DirecTV Now may help it shake out more attractive packages from entertainment conglomerates. AT&T CEO Randall Stephenson said in October that the $35-a-month service will offer more than a hundred "premium" channels.

That selection would be striking compared to the smaller offerings from competitors, said Macquarie analyst Amy Yong. AT&T will promote it by letting its cellphone customers watch without using up their mobile data. But it may not be good for large families — AT&T has said you can only run it on one or two screens at a time.

And consumers could save substantial amounts of money thanks to the influx of new services. Take Dana Lee, a 32-year-old Yankees fanatic from Connecticut. ("I would stand on a roof with tinfoil on my head to get the Yankees," she says.) She downgraded her $245-a-month Comcast bundle to $90 internet-only service earlier this year because it no longer carried the Yankees channel.

Since then she's gone from Vue to Sling and now back to Vue again, following the addition of networks she likes — and is on the lookout for more. She still misses PBS and getting live feeds from the four major broadcasters.

"I'll be bouncing back and forth between them with whoever gives me the most for that $30-$40 range," she wrote in an email.