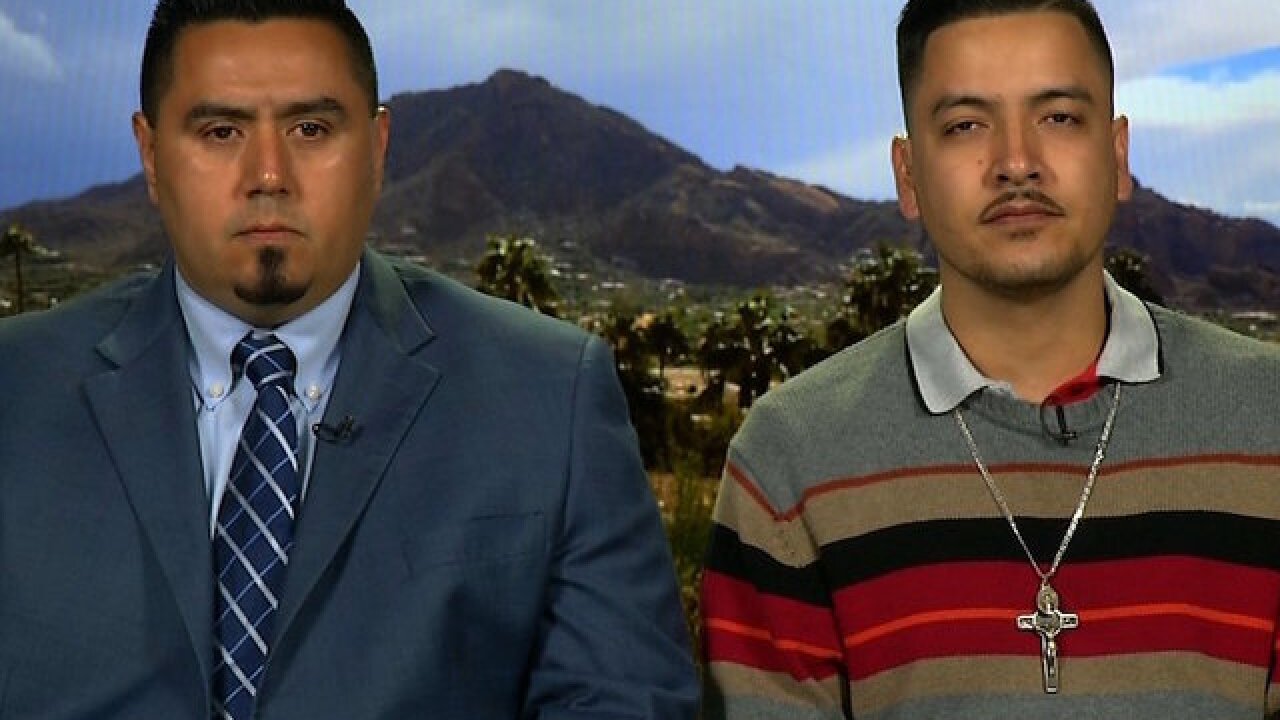 The lawyer for an Arizona woman who was deported last week says President Donald Trump's recent executive orders are "a declaration of war" on the immigrant community.

Guadalupe Garcia de Rayos was deported to Mexico Thursday following a routine check-in with a US Immigration and Customs Enforcement office in Phoenix. She was required to check in yearly after being convicted in 2009 of using a false Social Security number and had done so with no repercussions until now.

"Our community could possibly be facing one of the biggest mass deportations in the history of the United States, if President Trump follows through on what he's written in his executive orders."

Maldonado has said previously he believes his client's deportation was a direct result of Trump's crackdown on illegal immigration. US Immigration and Customs Enforcement officials claim there was nothing special about her case: She committed a crime, was placed under a deportation order, and her time had come.

The attorney appeared on "New Day" with Garcia de Rayos' husband, who did not want to be named. Maldonado said the immigrant community must now "come together, organize, educate ourselves about our rights and be prepared to fight to stop deportations.

Garcia de Rayos, now 35, illegally entered the United States with her parents in the mid-1990s when she was 14.

Her husband said Monday their two children -- a son, 16; and a daughter, 14 -- were "heartbroken" by the removal of their mother.

"If nothing gets fixed, they have to cross the border to a different country to see their mom," he said. "I can't even explain how it is to be without my wife, (to) go in the house and see the house empty without her."

Maldonado said Garcia de Rayos' only crime "was trying to provide a better life for her children than she had growing up."

"Essentially anybody who's ever been arrested for a crime before now falls within the net of priority for deportation," he added.

On Friday, Mexico's foreign ministry warned its citizens in the US to "take precautions" and keep in touch with Mexican consulates in America, citing Garcia de Rayos as a cautionary tale."The case involving Mrs. Garcia de Rayos illustrates a new reality for the Mexican community living in the United States, facing the most severe implementation of immigration control measures," Mexico's Foreign Ministry said in a statement.