Department of Justice signed off on Trump's immigration ban 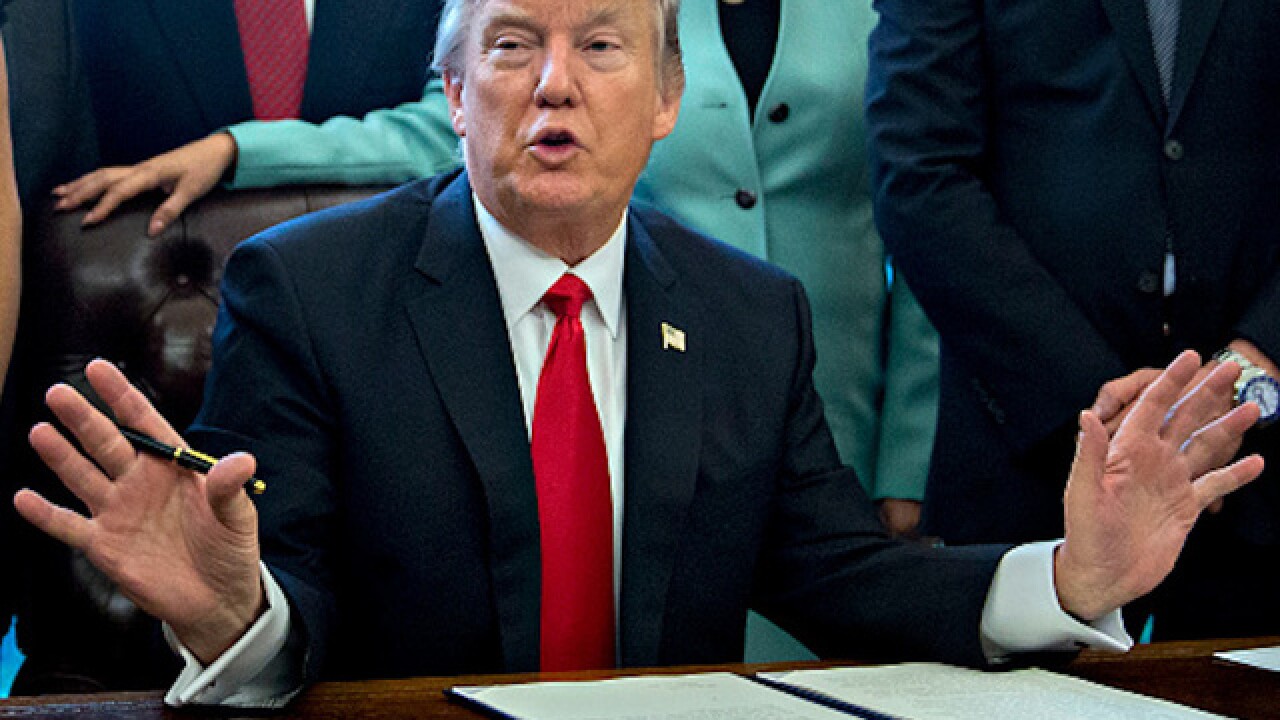 Copyright 2017 Scripps Media, Inc. All rights reserved. This material may not be published, broadcast, rewritten, or redistributed.
Pool
<p>WASHINGTON, DC - JANUARY 30: (AFP OUT) U.S. President Donald Trump speaks before signing an executive order surrounded by small business leaders in the Oval Office of the White House January 30, 2017 in Washington, DC. Trump said he will "dramatically" reduce regulations overall with this executive action as it requires that for every new federal regulation implemented, two must be rescinded. (Photo by Andrew Harrer - Pool/Getty Images)</p>

(CNN) -- Over the last week, courts across the country have faced a deluge of lawsuits challenging President Donald Trump's travel ban, but on Thursday, the Justice Department released an internal agency memorandum signing off on the legality of the executive order the same day it was signed by the President.

The executive order was approved last Friday in a less than two-page memorandum by the Office of Legal Counsel -- the office within the Justice Department that provides authoritative legal advice to the President and agencies within the Executive Branch.

The memo summarized several key provisions of the executive order, but its legal analysis was brief: "The proposed Order is approved with respect to form and legality."

"As is generally the case under the Office's longstanding practice, however, it does not identify or contain substantive analysis of issues that were evaluated in the course of the review," the Justice Department said in a statement.

Trump's executive order bars citizens of seven Muslim-majority countries from entering the United States for 90 days, suspends the admission of all refugees for 120 days and indefinitely suspends the Syrian refugee program.

Despite widespread confusion about the way in which the executive order has been enforced, the White House has said since Sunday that the OLC signed off on Trump's executive order and agency review was performed, but the Justice Department did not release the written memo until now.

The OLC memo, however, makes no mention of the way the executive order applies to legal permanent residents -- a focal point of misunderstanding over the weekend; nor does it provide any explicit analysis of the way, in which, the order preferences certain religious minorities -- one of the main legal challenges asserted by opponents thus far.