Democratic senator: We may flip another GOP vote on DeVos 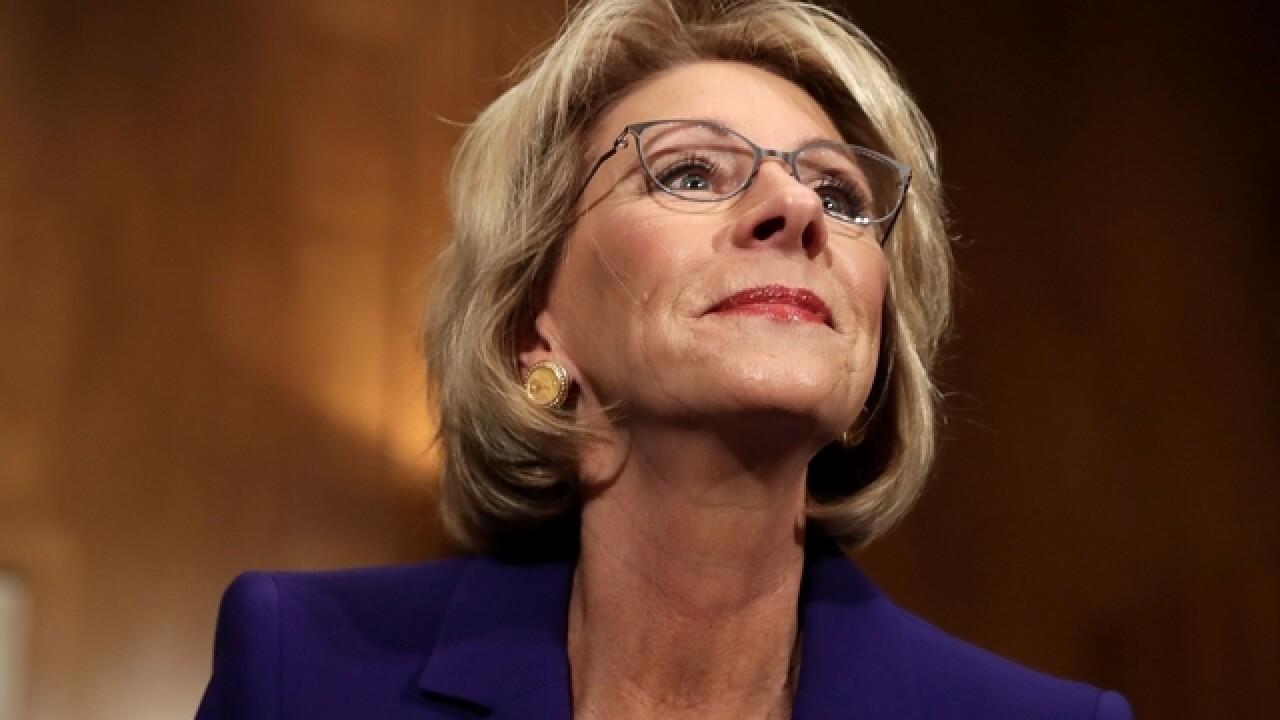 WASHINGTON (CNN) -- A Democratic senator from Michigan said Monday public pressure may have swayed enough of her Republican colleagues to bring down the nomination of Betsy DeVos for education secretary.
"We may, in fact, have an additional Republican colleague voting 'no,' which would stop her tomorrow," Sen. Debbie Stabenow told CNN's Erin Burnett "OutFront" Monday.
Last week, Republican Sens. Susan Collins and Lisa Murkowski said they would not vote for DeVos.
If all other Republicans vote in favor of her, DeVos' nomination will pass the Senate with Vice President Mike Pence casting a tie-breaking vote. That would be the first time the vice president had broken a tie for a Cabinet pick in history.
But if DeVos' opposition can peel off more Republicans, she will not become education secretary. Republicans have said they are confident they have the votes.
Democratic senators have steadfastly opposed to DeVos' confirmation, and earlier Monday they began a 24-hour long debate against her on the Senate floor.
DeVos has faced significant pushback, from her controversial advocacy of charter school programs to accusations of plagiarism.
Stabenow said the Democrats' united front against DeVos has "galvanized" people and caused some Republicans to declare their intentions not to support President Donald Trump's pick.
But Stabenow acknowledged her party's weak position.
"We know as Democrats we don't have the votes to stop these nominations by ourselves, but people -- parents, teachers, administrators, community leaders across the country -- have power and are weighing in."
As for who else would join them, Stabenow demurred.
"I think there are a couple of folks still thinking about it," Stabenow said. "We don't know."
The-CNN-Wire
™ & © 2017 Cable News Network, Inc., a Time Warner Company. All rights reserved.
Copyright 2017 Scripps Media, Inc. All rights reserved. This material may not be published, broadcast, rewritten, or redistributed.