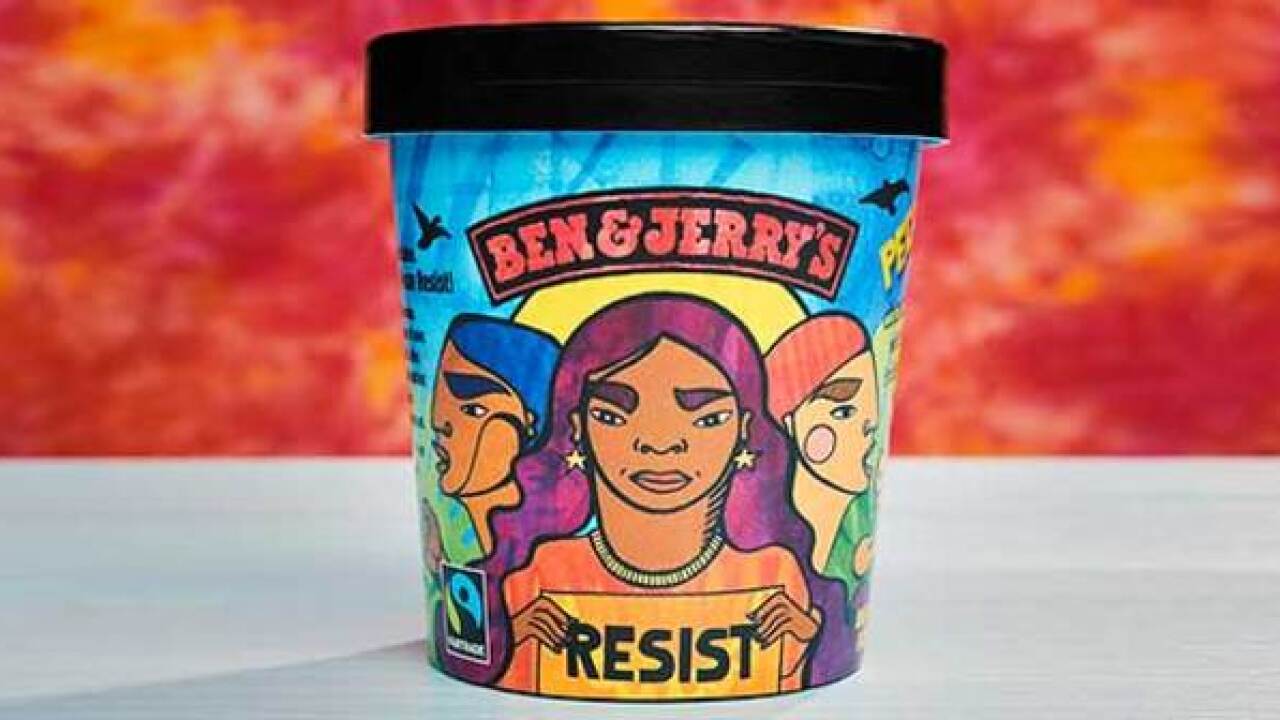 Ben & Jerry's is speaking out against the Trump administration with its newest flavor.

The new flavor, titled Pecan Resist, contains an anti-Trump message under its lid: "Together, we can build a more just and equitable tomorrow. We can peacefully resist the Trump administration’s regressive and discriminatory policies and build a future that values inclusivity, equality, and justice for people of color, women, the LGBTQ community, refugees, and immigrants," the message says.

According to BenJerry.com, Pecan Resist supports four organizations that are working on the front lines of the peaceful resistance: Color of Change, Women's March, Neta and Honor the Earth.