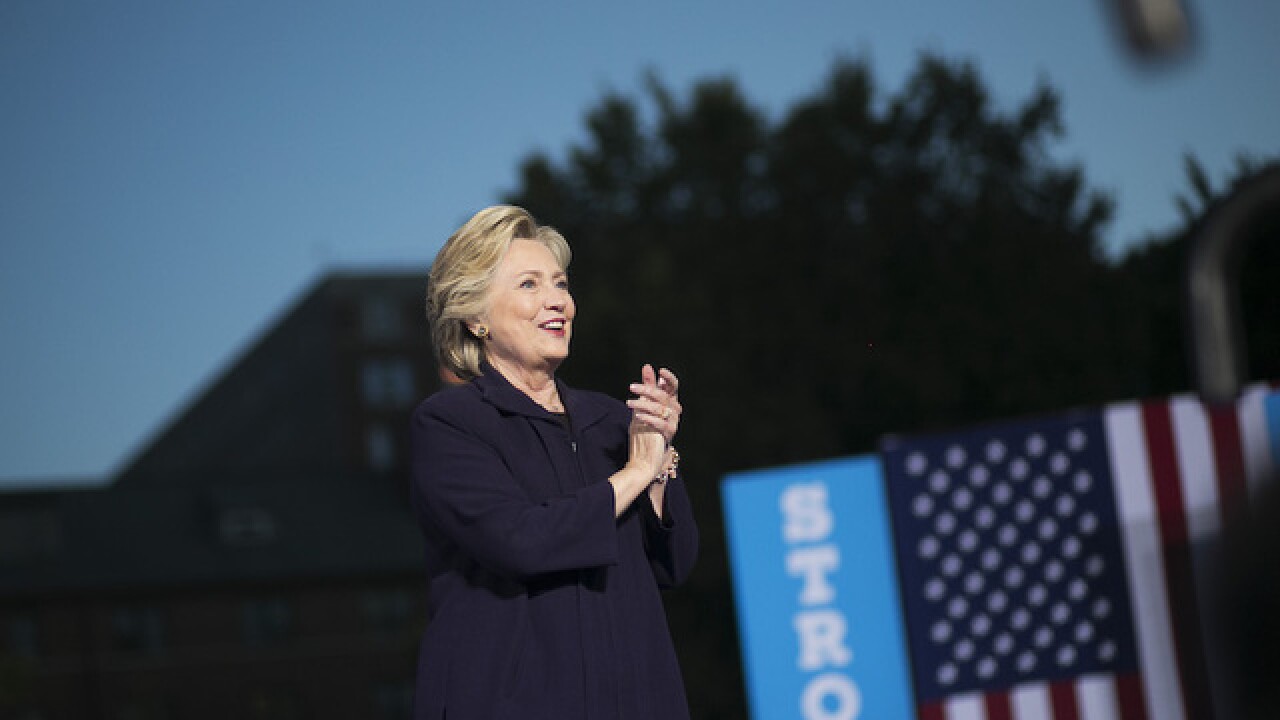 When it comes to elections, many Christians tend to opt for candidates who oppose abortion, though some progressive Bible-believers are making an entirely different case: being pro-life means much more than rejecting abortion.

Christian political consultant Eric Sapp recently penned an op-ed for The Christian Post titled, "Hillary Clinton Is the Best Choice for Voters Against Abortion" — a piece telling his fellow Christians to avoid being "single-issue voters," saying that Jesus' ministry focused on a plethora of issues.

Sapp went on to say that, in the 2016 election cycle, candidates who are concerned for the unborn should actually opt for pro-choice Democratic presidential contender Hillary Clinton over her Republican rival Donald Trump.

"Here's the question pro-life Christians must ask: Do we care more about talking about the unborn or do we actually want to do something to prevent abortions?" he wrote. Sapp said Trump and other Republicans say they are pro-life but allow for exemptions to abortion in the cases of rape and incest — a dynamic he said continues even when it comes to the debate over late-term abortion.

With that in mind, Sapp said there's a major inconsistency in the way Clinton is treated compared to Republicans who embrace abortion exemptions.

"When Hillary Clinton allows for those exceptions, evangelicals are told she 'supports late-term abortion,' but when Republicans make those exact same exceptions, they are awarded 100% Pro-Life voting records?" he wrote. Sapp continued, "I want to be clear, and we all need to be honest. No presidential candidate or party leadership advocates for protecting all unborn children. But at least 'pro-choice' politicians who believe the fetus is not a child are being morally consistent."

He concluded his case by writing that abortion rates tend to go down under Democratic presidencies, and said poverty and unintended pregnancies are two of the biggest drivers leading to abortion. Sapp believes Democrats are better at poverty alleviation and offering contraception access, though the factors behind decreases in abortion could be more complex than boiling it all down to a few simple issues.

Recall that PolitiFact rated a 2008 claim from then-presidential candidate Barack Obama that abortions hadn't decreased under Bush as "false," so it's clear that assessing abortion trends is complicated.

"Want to guess which political party is more effective at reducing poverty and unwanted pregnancies?" Sapp wrote. "I'll give you a hint. It's not the 'pro-life' party that in this last Congressional session alone fought to cut medical care for poor mothers and children, food programs for kids, and contraception coverage and access for women."

As The Huffington Post noted, there are other Christians who have agreed with Sapp's assessment. Writer and author Rachel Held Evans, for instance, published a blog post back in August saying she's pro-life, though she came to some of the same conclusions as Sapp.

Evans, who admitted to voting for both George W. Bush and Obama, said she has opted for candidates who are both supportive of abortion rights and opposed to the procedure.

"I believe the sacred personhood of an individual begins before birth and continues throughout life, and I believe that sacred personhood is worth protecting, whether it’s tucked inside a womb, waiting on death row, fleeing Syria in search of a home, or playing beneath the shadow of an American drone," she wrote.

Evans encouraged Christians to vote for Clinton, saying she believes it's essential to support candidates who address the "health and economic concerns that drive women to get abortions in the first place" — something she said some pro-choice candidates are better at doing than their anti-abortion counterparts.

Her piece went quite deep into the discussion of poverty and the moral issues surrounding anti-abortion Christians voting for pro-choice candidates. And Sapp and Evans aren't alone, as another Christian blogger — Shannon Dingle — also wrote in July that she plans to vote for Clinton, despite her pro-life inclinations.

"Since Roe v. Wade, most Republicans have talked a lot about abortion while doing little to make meaningful change in that area of policy," the blogger wrote. "Furthermore, they’ve opposed or even stalled measures that could prevent abortions by targeting the underlying causes, like poverty, education, lack of access to health care, and supports for single parent and low-income families."

The debate is clearly complicated and multifaceted. In the end, though, the majority of Republicans — 59 percent — believe abortion should be illegal in all or most cases, compared with just 28 percent of Democrats. And, on the moral front, majorities of white evangelical protestants (75 percent), Hispanic Catholics (64 percent), black Protestants (58 percent) and white Catholics (53 percent) believe that abortion is morally wrong.

But while the debate continues, opposition to the procedure, among many other moral issues, is likely leading most white evangelicals — 78 percent as of July — to pledge to vote for Trump over Clinton. Many Christians, it seems, are not willing to embrace candidates who support abortion rights.

Interestingly, Sapp's op-ed was published just before Republican vice-presidential candidate Mike Pence and Democratic contender Tim Kaine faced-off in their only 2016 electoral debate, with both men passionately defending their faith. Kaine defended his pro-choice stand, saying he and Clinton don't believe in forcing their personal views on others, while Pence spoke out against the procedure — with the two issuing pleas resonating with both sides of the abortion debate.

As for Pence, he focused on late-term abortion in highlighting his opposition to the procedure.

"The very idea that a child that is almost born into the world could still have their life taken from them is just anathema to me," Pence said. "And I can't conscience about a party that supports that."