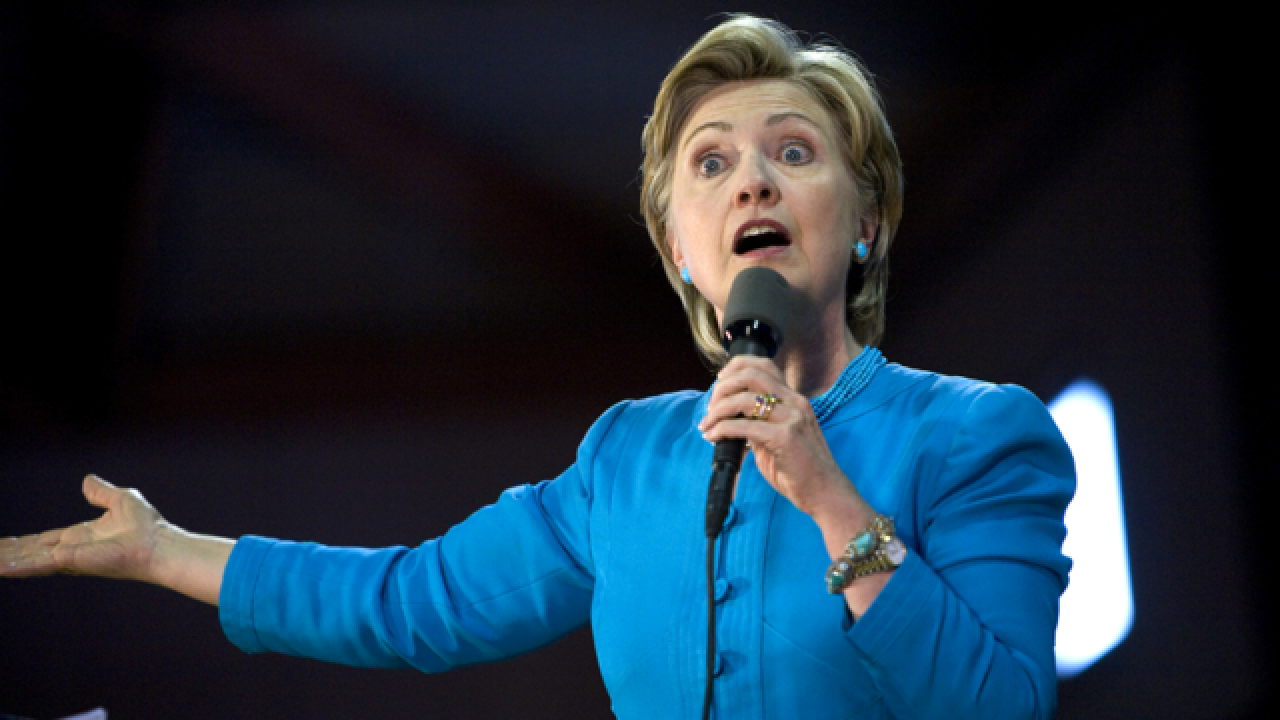 Hillary Clinton spoke to an enthusiastic crowd at the Florida State fairgrounds in Tampa, Florida on Friday afternoon.

"I never thought I'd say these words but Ted Cruz was right," Clinton said Friday at a campaign rally in Tampa. "In this election, do the right thing and vote your conscience."

Cruz refused to endorse Trump during his remarks at the convention Wednesday, prompting boos and jeers from the Republican crowd.

Clinton says Trump's convention address offered a "dark and divisive" vision of the future. Her GOP opponent, she says, offered "fear and anger and resentment" but few solutions to the problems he highlighted in his Thursday evening speech.

"He doesn't speak for anyone who thinks our country should be standing together," she says.

The comments mark Clinton's first extended remarks on the GOP convention and came as her campaign was expected to announce her running mate.