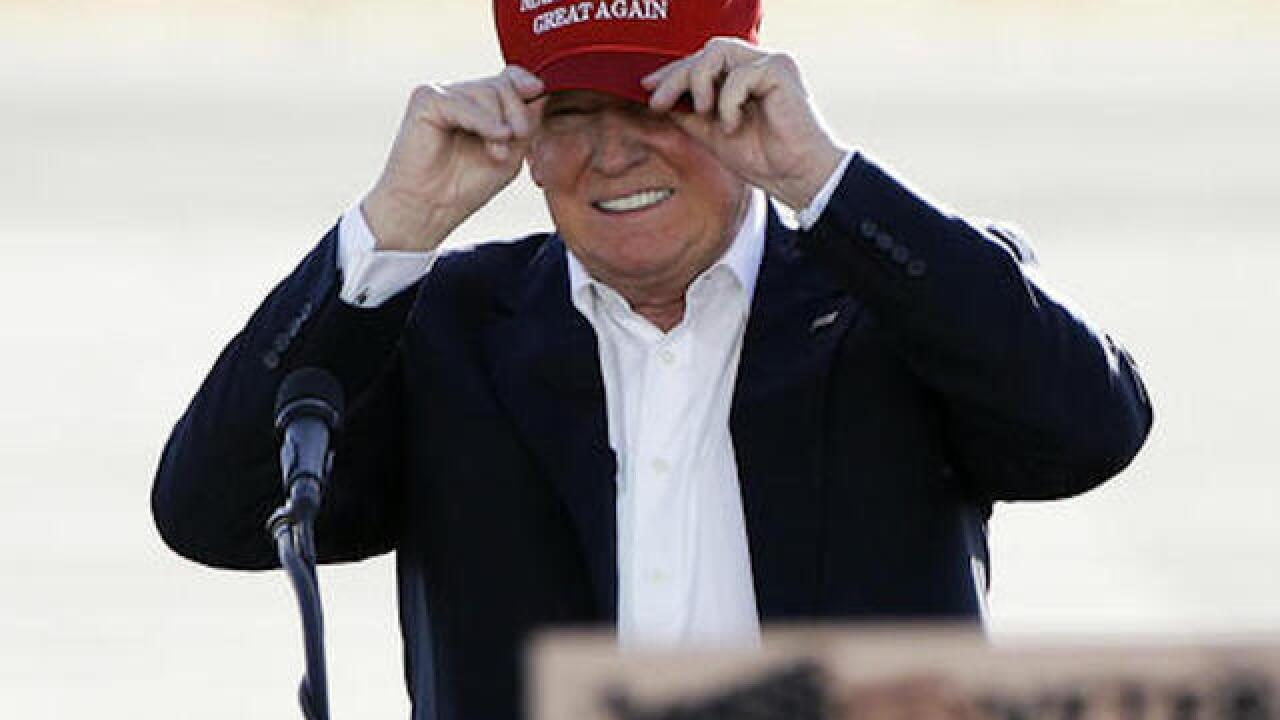 NEW ORLEANS (AP) — Donald Trump's campaign likes to keep it in the family.

When Trump flies, he uses his airplane. When he campaigns, he often chooses his properties or his own Trump Tower in New York City, which serves as headquarters. His campaign even buys Trump bottled water and Trump wine.

The presumptive Republican presidential nominee has been on the campaign trail for a year now, and federal finance reports detail a campaign unafraid to co-mingle political and business endeavors in an unprecedented way — even as he is making appeals for donations.

Through the end of May, Trump's campaign had plunged at least $6.2 million back into Trump corporate products and services, a review of Federal Election Commission filings shows. That's about 10 percent of his total campaign expenditures.

Unlike in the primary when Trump touted his ability to pay his own way, he has been on an urgent fundraising quest for more than a month. His campaign began June with $1.3 million in the bank, compared with the $42 million presumptive Democratic nominee Hillary Clinton had amassed.

Wealthy political candidates in the past have walled off their business from their campaigns, but Trump embraces his companies. Public documents indicate his revenue has risen along with his presidential aspirations.

While Trump's controversial comments have cost his businesses money — for example, the PGA Tour recently announced it would move its World Golf Championship from a Trump course to one in Mexico City — Trump reported in documents filed in May with federal regulators that his revenue had increased by roughly $190 million over the previous 17 months.

Trump's campaign didn't respond to detailed questions about the intermingling of his businesses and campaign.

Both took great care to carefully separate their businesses and their campaigns, their former aides said, citing the complex maze of campaign finance regulations about using corporate resources. For instance, federal rules require a company to charge their campaigns fair-market value.

The Trump campaign— funded during the primary contest mostly by loans Trump made— appears to be properly documenting its use of the businessman's assets in federal reports, leaving a record of his campaign's finances and their impact on his self-reported financial largesse.

Some of Trump's revenue bump appears to be directly traced to his campaign. TAG Air Inc., the holding company for his airplane, had $3.7 million in revenue in the most recent reporting period — an amount that came largely from the campaign.

Trump's relentless product branding while on the campaign trail might be helping, too. Trump Ice LLC, the bottled water company, brought in income of more than $413,000 in the most recent reporting period, up from $280,000.

In the beginning months of his presidential bid, Trump paid about $350,000 out of pocket to rent campaign space in his own building and to cover the salaries of some of the Trump Organization employees he'd moved onto his campaign staff. FEC reports show the campaign reimbursed him for those costs. In May, the campaign paid Trump an additional $45,000 for more rent and payroll.

Trump also lent his campaign more than $46 million over the past year — money he has largely not recouped, according to FEC reports.

The campaign paid out $26,000 in January to rent out a facility at Trump National Doral, his golf course in Miami. He'd held an event in the gold-accented ballroom there in late October. The campaign paid almost $11,000 to Trump's hotel in Chicago.

Even $4.7 million the campaign has spent on hats and T-shirts has a tie to Trump. The provider, Ace Specialties, is owned by a board member of son Eric Trump's charitable foundation.