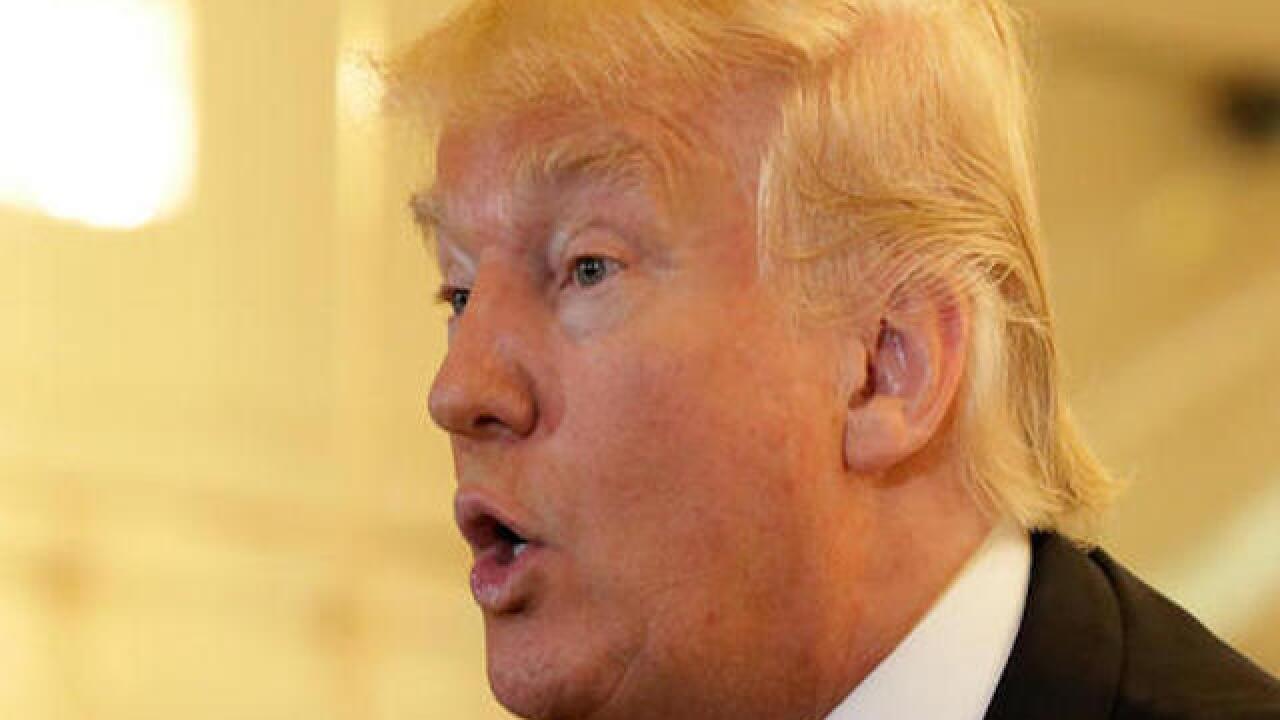 NEW YORK (AP) — Under pressure to account for money he claimed to raise for veterans, an angry and irritated Donald Trump listed charities Tuesday he says have now received millions of dollars from a fundraiser he held in January.

Trump, the presumptive Republican presidential nominee, told reporters at a testy news conference in New York that the fundraiser, held at the same time as a Fox News GOP debate he was boycotting, raised $5.6 million. He previously had declined to disclose which charities had received the funds, and his campaign has gone back and forth about how much was raised.

"The money's all been sent," Trump said at a news conference at Trump Tower on Tuesday.

Trump repeatedly criticized the press for making the money an issue, saying reporters "should be ashamed of themselves" for asking where the money had gone.

Trump's campaign manager Corey Lewandowski had originally told The Washington Post that the event had raised about $4.5 million — less than the $6 million originally announced by Trump — because some who'd pledged contributions had backed out. Lewandowski also said all the money had been given out.

Trump contradicted those comments when he later told the Post that the total raised was higher and that his team had been busy vetting the groups.

Trump had claimed during the fundraiser that he'd raised $6 million through a combination of pledges from wealthy friends, the public and $1 million from himself after a splashy telethon-style fundraiser he held in Iowa in January in place of the Fox debate.

But his campaign refused for months to disclose which charities had received the money, leading some news organizations and critics to question whether the money raised was less than he had said.

"It was very unfair that the press treated us so badly," Trump complained.

Trump said repeatedly during the news conference that he had not wanted any credit for helping raise the money. But he hadn't appeared to want to keep the donations private when he presented a series of checks to veterans groups at campaign events in the weeks after the fundraiser.

On Jan. 30, just before the Iowa caucuses, he gave a $100,000 check to the Puppy Jake Foundation, which provides service dogs to wounded veterans. Representatives from the foundation, accompanies by several service dogs, accepted the check at the Adler Theater in Davenport, Iowa, where Trump was being interviewed on stage by Jerry Falwell Jr.

The next day, in Council Bluffs, Trump presented another check, also for $100,000, to Partners for Patriots, which also provides service dogs to disabled veterans.

The check presentations trickled off after several days.

On Tuesday, about a dozen local New York veterans protested outside Trump Tower, holding signs such as "Vets vs. Hate."

"Veterans are a very diverse group of people. How dare he suggest we endorse his hateful rhetoric?" said Claude Copeland, 34, who said he had served in Iraq for the Army in 2003.

Said Perry O'Brien, also 34, who served in Afghanistan as a specialist in the Army: "Vets are not for sale. He is demeaning to POWs, Muslims, Mexicans and women who, unlike, Trump, actually sacrificed for their country."

But one of the veterans who joined Trump for his news conference, Al Baldasaro, a New Hampshire state representative, came outside to heckle the anti-Trump vets, calling them "political pawns."