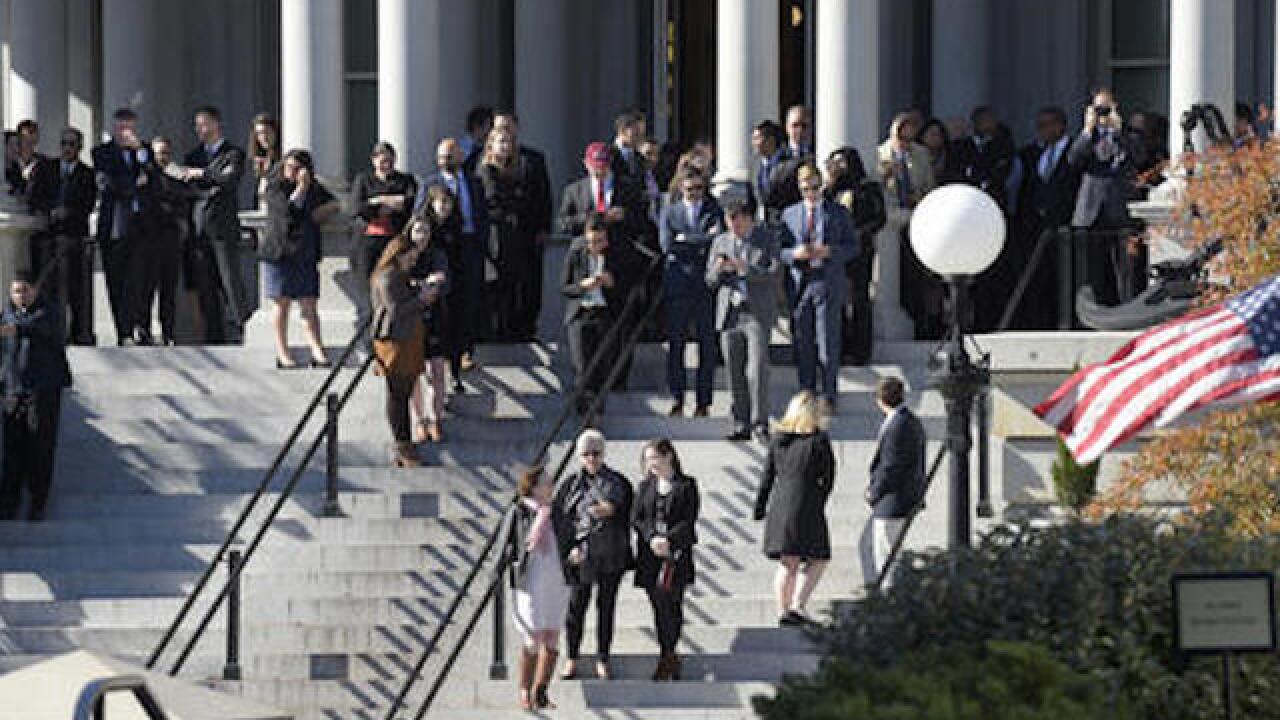 Copyright Associated Press
Susan Walsh
<p>People stand on the steps of the Eisenhower Executive Office Building, next to the White House in Washington, Thursday, Nov. 10, 2016, as they wait for the arrival of President-elect Donald Trump for his meeting with President Barack Obama. (AP Photo/Susan Walsh)</p>

WASHINGTON (AP) — President-elect Donald Trump on Thursday refused to let a group of journalists travel with him to cover his historic first meeting with President Barack Obama, breaking a long-standing practice intended to ensure the public has a watchful eye on the nation's leader.

Trump flew from New York to Washington on his private jet without that "pool" of reporters, photographers and television cameras that have traveled with presidents and presidents-elect.

Trump's flouting of press access was one of his first public decisions since his election Tuesday.

Trump's meeting with Obama on Thursday will be recorded by the pool of White House reporters, photographers and TV cameras who cover the president.

News organizations had for weeks tried to coordinate a pool of journalists who could begin to travel with Trump immediately after Election Day if he won election. But his campaign did not cooperate with those requests and his senior advisers refused Wednesday, the day after the election, to discuss any such press arrangements.

Trump also broke from tradition as a candidate, refusing to allow a pool of campaign reporters, photographers or cameras to fly on his plane as he traveled to events.

Every president in recent memory has traveled with a pool of journalists when they leave the White House grounds. A pool of reporters and photographers were in the motorcade when President John F. Kennedy was shot and killed in Dallas.

The pool was just steps away from President Ronald Reagan when he was shot outside a hotel in the District of Columbia, and was stationed outside his hospital room as he recovered. The pool also travels on vacation and foreign trips and at times captures personal, historic moments of the presidency.

News organizations take turns serving in the small group, paying their way and sharing the material collected in the pool with the larger press corps. The pool also covers official events at the White House when space doesn't allow for the full press corps.

The Associated Press is among those reaching out to Trump advisers about press access.