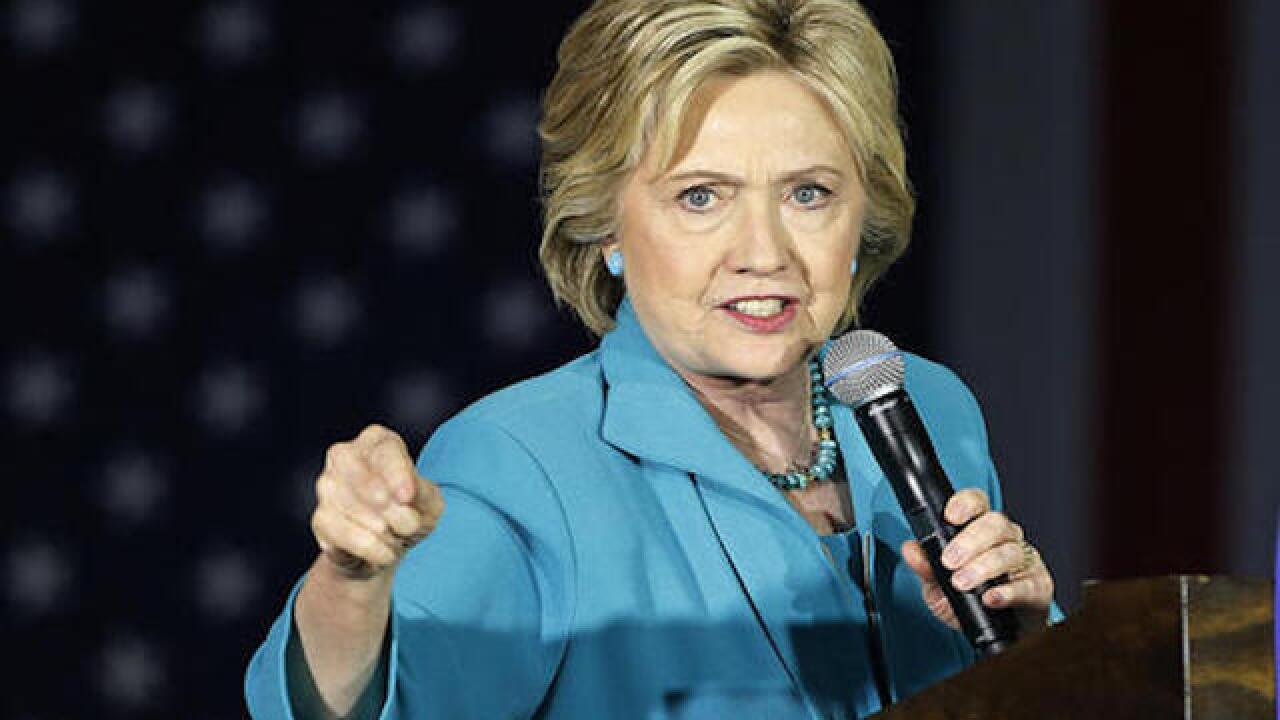 WASHINGTON (AP) — Hillary Clinton and her team ignored clear guidance from the State Department that her email setup broke federal standards and could leave sensitive material vulnerable to hackers, an independent audit has found. Her aides twice brushed aside concerns, in one case telling technical staff "the matter was not to be discussed further."

The inspector general's review also revealed that hacking attempts forced then-Secretary of State Clinton off email at one point in 2011, though she insists the personal server she used was never breached. Clinton and several of her senior staff declined to be interviewed for the State Department investigation.

Opponents of her Democratic presidential campaign pointed to the audit Wednesday as proof that Clinton has not been truthful about her private email use and fresh evidence she is not trustworthy or qualified to be commander in chief.

A Clinton spokesman declared the audit showed her email use was consistent with that of her predecessors.

Earlier this month, Clinton declared that she was happy to "talk to anybody, anytime" about the matter and would encourage her staff to do the same.

The 78-page analysis, a copy of which was obtained by The Associated Press, says Clinton ignored clear directives. She never sought approval to conduct government business over private email, and never demonstrated the server or the Blackberry she used while in office "met minimum information security requirements."

Twice in 2010, information management staff at the State Department raised concerns that Clinton's email practices failed to meet federal records-keeping requirements. The staff's director responded that Clinton's personal email system had been reviewed and approved by legal staff, "and that the matter was not to be discussed any further."

The audit found no evidence of a legal staff review or approval. It said any such request would have been denied by senior information officers because of security risks.

The inspector general's inquiry was prompted by revelations of Clinton's email use, a subject that has dogged her presidential campaign.

The review encompassed the email and information practices of the past five secretaries of state, finding them "slow to recognize and to manage effectively the legal requirements and cybersecurity risks associated with electronic data communications, particularly as those risks pertain to its most senior leadership."

"The inspector general documents just how consistent her email practices were with those of other secretaries and senior officials at the State Department who also used personal email," Fallon said, noting that the report says "her use of personal email was known to officials within the department during her tenure, and that there is no evidence of any successful breach of the secretary's server."

But the failings of Clinton, who was secretary of state from 2009 to 2013, were singled out in the audit as being more serious than her predecessors.

"By Secretary Clinton's tenure, the department's guidance was considerably more detailed and more sophisticated," the report concluded. "Secretary Clinton's cybersecurity practices accordingly must be evaluated in light of these more comprehensive directives."

Republicans said Wednesday the audit shows Clinton was in clear violation of the Federal Records Act.

"The inspector general's findings are just the latest chapter in the long saga of Hillary Clinton's bad judgment that broke federal rules and endangered our national security," said Reince Priebus, chairman of the Republican National Committee. "The stakes are too high in this election to entrust the White House to someone with as much poor judgment and reckless disregard for the law as Hillary Clinton."

The State Department has released more than 52,000 pages of Clinton's work-related emails, including some that have since been classified. Clinton has withheld thousands of additional emails, saying they were personal.

Critics have questioned whether her server might have made a tempting target for hackers, especially those working with or for foreign intelligence services.

Separately from the State Department audit, the FBI has been investigating whether Clinton's use of the private email server imperiled government secrets. It has recently interviewed Clinton's top aides, including former chief of staff Cheryl Mills and deputy chief of staff Huma Abedin. Clinton is expected to be interviewed.

Clinton has acknowledged in the campaign that the homebrew email setup in her New York home was a mistake. She said she never sent or received anything marked classified at the time, and says hackers never breached the server.

The audit said a Clinton aide had to shut down the server on Jan. 9, 2011, because he believed "someone was trying to hack us." Later that day, he said: "We were attacked again so I shut (the server) down for a few min."

The next day, a senior official told two of Clinton's top aides not to email their boss "anything sensitive," saying she could "explain more in person."

On CBS' "Face the Nation" this month, Clinton said, "I've made it clear that I'm more than ready to talk to anybody, anytime. And I've encouraged all of (my staff) to be very forthcoming."