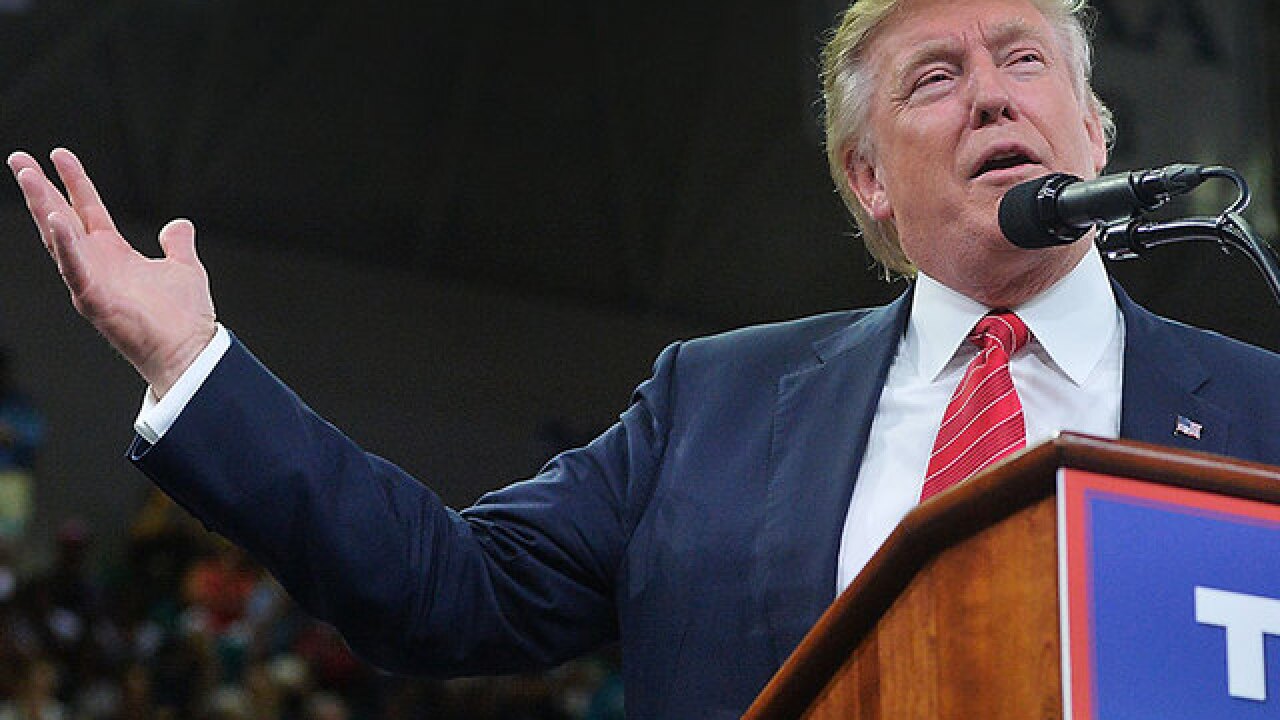 <p>Republican presidential candidate Donald Trump addresses the audience during a campaign event at Trask Coliseum on Aug. 9, 2016, in Wilmington, N.C. This was Trump's first visit to Southeastern North Carolina since he entered the presidential race. (Photo by Sara D. Davis/Getty Images)</p>

CNN is reporting that the Secret Service has spoken to Republican presidential nominee Donald Trump following comments he made on Tuesday surrounding the Second Amendment and political rival Hillary Clinton.

A Secret Service official confirmed to the news network that the agency has had “multiple” conversations with Trump’s campaign about his comments. Shortly after CNN published its report, Trump tweeted that no such conversation had taken place.

No such meeting or conversation ever happened - a made up story by "low ratings" @CNN .

The controversy stems from comments Trump made at a political rally in Wilmington, North Carolina on Tuesday. He spent part of his speech discussing the Second Amendment and the current vacant seat on the Supreme Court.

"If she gets to pick her judges, nothing you can do folks," he said. "Although the second amendment folks, maybe there is..."

Trump critics claim that the GOP standard-bearer was suggesting that his followers resort to gun violence against Clinton or her Supreme Court nominee if she is elected President. Trump’s campaign says that he was merely speaking about the political resolve of Second Amendment supporters.

Shortly after his speech on Monday, the Secret Service tweeted the following message from its official account.

The Secret Service is aware of the comments made earlier this afternoon.