Lawmakers likely to do what they do best: the bare minimum 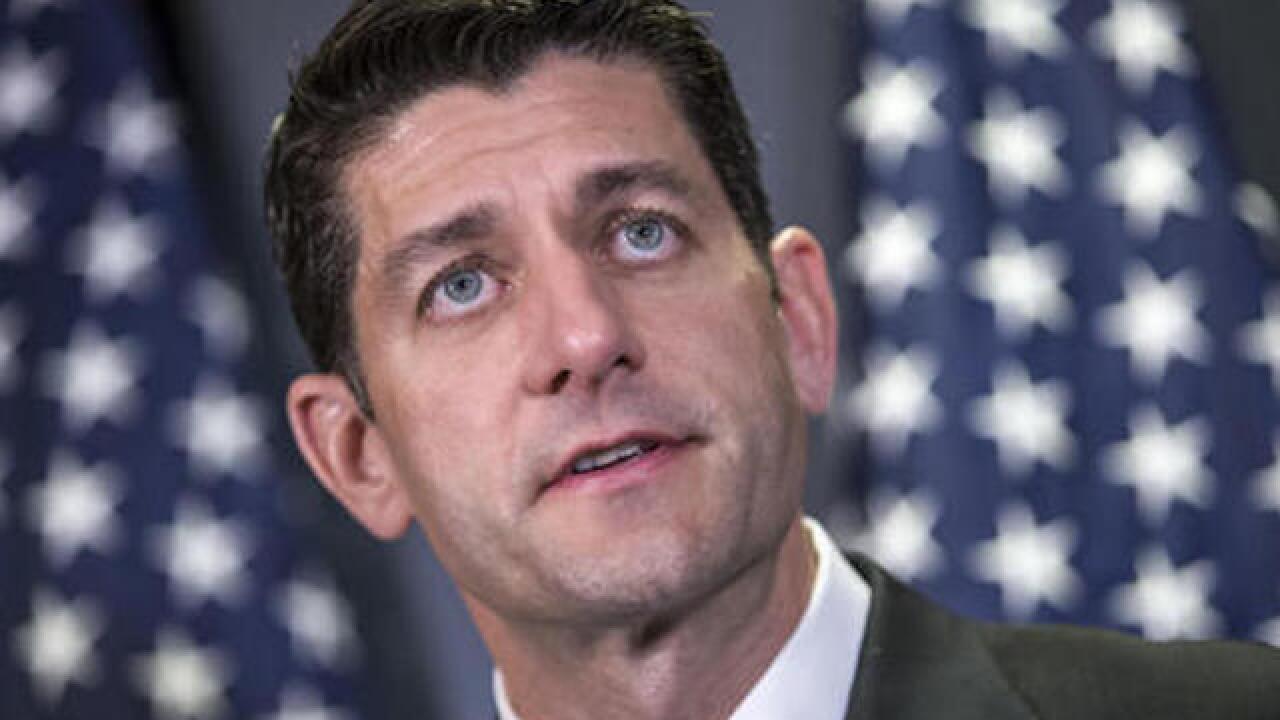 Copyright 2018 Scripps Media, Inc. All rights reserved. This material may not be published, broadcast, rewritten, or redistributed.
J. Scott Applewhite
Speaker of the House Paul Ryan, R-Wis., and the House Republican leadership face reporters after a closed-door caucus at Republican National Committee headquarters on Capitol Hill in Washington, Tuesday, May 24, 2016. On the cusp of the Memorial Day weekend, Speaker Ryan called the recent remarks of Veterans Affairs Secretary Robert McDonald as “disgusting” after comparing wait times to receive VA health care to the lines people wait in for rides at Disney theme parks. (AP Photo/J. Scott Applewhite)

WASHINGTON (AP) — Lawmakers return to Washington this week for an abbreviated election-season session in which they will likely do what they do best: the bare minimum.

All Congress must do this month is keep the government from shutting down on Oct. 1 and, with any luck, finally provide money for the fight against the mosquito-borne Zika virus. Republicans controlling Congress promise they won't stumble now, but the weeks ahead could prove tricky.

A chief motivation for the September session, especially for Senate Majority Leader Mitch McConnell, R-Ky., is allowing lawmakers to return to campaigning as soon as possible. Republicans are scrambling to hold onto their Senate edge as GOP presidential nominee Donald Trump lags in the polls.

The short-term spending measure is sure to pass. The alternative is that Republicans would get the blame for a government shutdown, as they did in 2013.

But it's a complicated path for the temporary spending bill. Some House conservatives say the measure should last into next year, when there is a new president and a new Congress, and that would block any chance for a session after the Nov. 8 election. Leaders in both parties feel otherwise — as does President Barack Obama — and a temporary measure until December seems to be the consensus.

"We are not doing anything into next year and every Republican should be aware of that right now," said Senate Minority Leader Harry Reid, R-Nev.

Lawmakers left Washington seven weeks ago without resolving a dispute over money for Zika. The virus can cause severe birth defects and is linked to a host of other maladies. Obama asked Congress in February for $1.9 billion in emergency money, but legislation to partially pay for his proposal collapsed in July amid various fights. Among them was a Republican provision to deny money to Puerto Rican affiliates of Planned Parenthood.

Because the shutdown-prevention measure simply has to pass, it's a tempting target for lawmakers seeking to use it as a vehicle for their preferences. For instance, Sen. Bill Cassidy, R-La., is pressing for emergency grants to help communities in his flood-ravaged state to recover.

"I hope we can accomplish that in September," Cassidy said.

But GOP leaders probably will try to keep the spending bill as free of unrelated additions as possible, especially now. If GOP leaders were to grant Cassidy's request, it would make it more difficult to say no to others, such as Democrats seeking money for fixing the lead-tainted water system of Flint, Michigan.

House conservatives are looking to press ahead with impeaching IRS Commissioner John Koskinen over the destruction of agency emails and misleading testimony on whether the tax agency, before his arrival, improperly scrutinized conservative groups seeking nonprofit status. The impeachment drive is a headache for Republicans who believe that Koskinen's conduct isn't serious enough to warrant impeachment, but who may be reluctant to support the Democratic appointee in such a politically charged environment.

In a recent memo, House Majority Leader Kevin McCarthy, R-Calif., said lawmakers will take up legislation regarding the Obama administration's $400 million payment to Iran in January, made immediately after four U.S. prisoners were released. The payment, for undelivered arms to the shah of Iran, was made on the same day of the prisoner release, and Republicans call it "ransom." The as-yet-unreleased legislation is designed to prevent a repeat, but seems like an election-season messaging effort.

McConnell also wants to advance a popular water projects measure. But the priority is to simply adjourn the chamber to allow embattled incumbents such as Sens. Kelly Ayotte, R-N.H., Pat Toomey, R-Pa., and Richard Burr, R-N.C., to get back home and campaign for re-election against the political headwinds created by Trump.

The abbreviated session should give GOP-run committees a final pre-election chance to hold hearings on the Obama administration and other targets such as EpiPen manufacturer Mylan, N.V. That company has come under withering criticism for steep price increases for its life-saving injector, which can stop potentially fatal allergic reactions to insect bites and stings, and foods such as peanuts and eggs.

Republicans now are demanding that the Justice Department open a new investigation into whether Clinton lied during testimony last year before the House Benghazi committee. They claim the FBI note may show Clinton provided inconsistent answers to questions about her handling of emails containing classified information.