Hillary Clinton interviewed by Zach Galifianakis on 'Between Two Ferns' 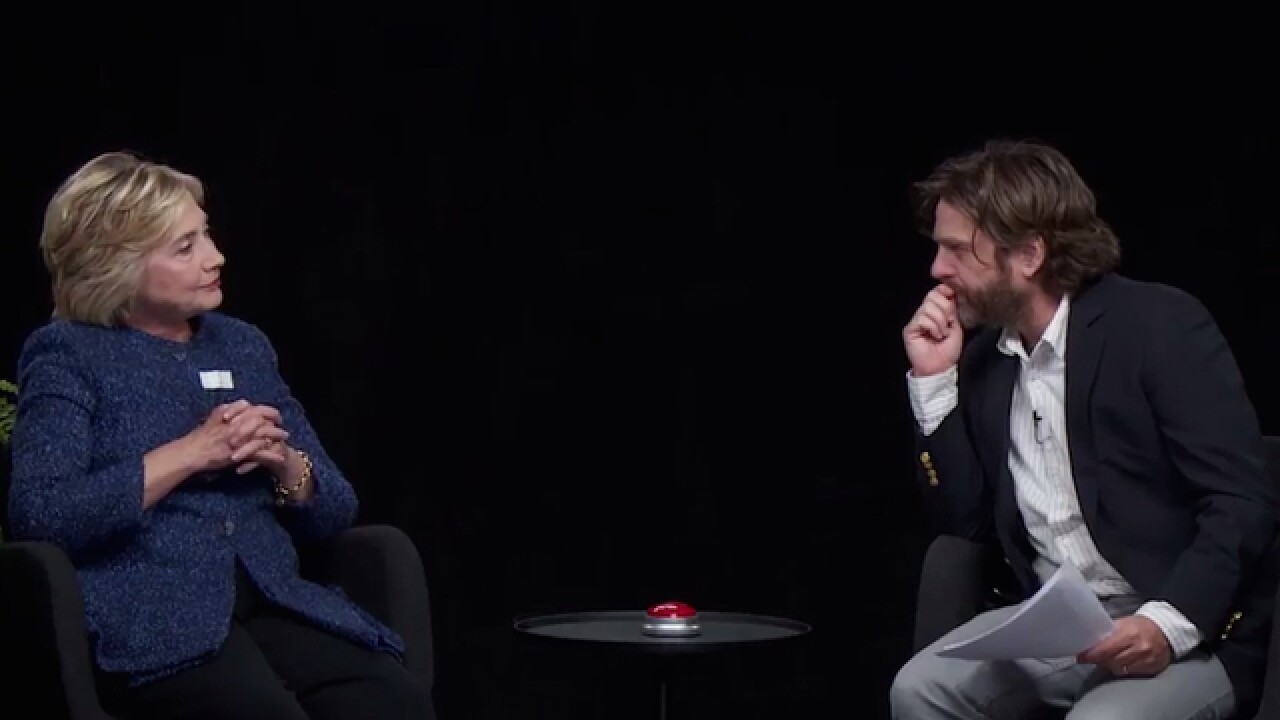 When comedic actor Zach Galifianakis asks U.S. Presidential candidate Hillary Clinton what happens if she gets pregnant while in office, she tells him she'll get some pamphlets that will help him understand.

The actor's questioning appears to push Clinton, who at one point tells Galifianakis his questions are "out of date" and later says she really regrets doing the interview.

Between Two Ferns With Zach Galifianakis: Hillary Clinton from Funny Or Die
Copyright 2016 Scripps Media, Inc. All rights reserved. This material may not be published, broadcast, rewritten, or redistributed.