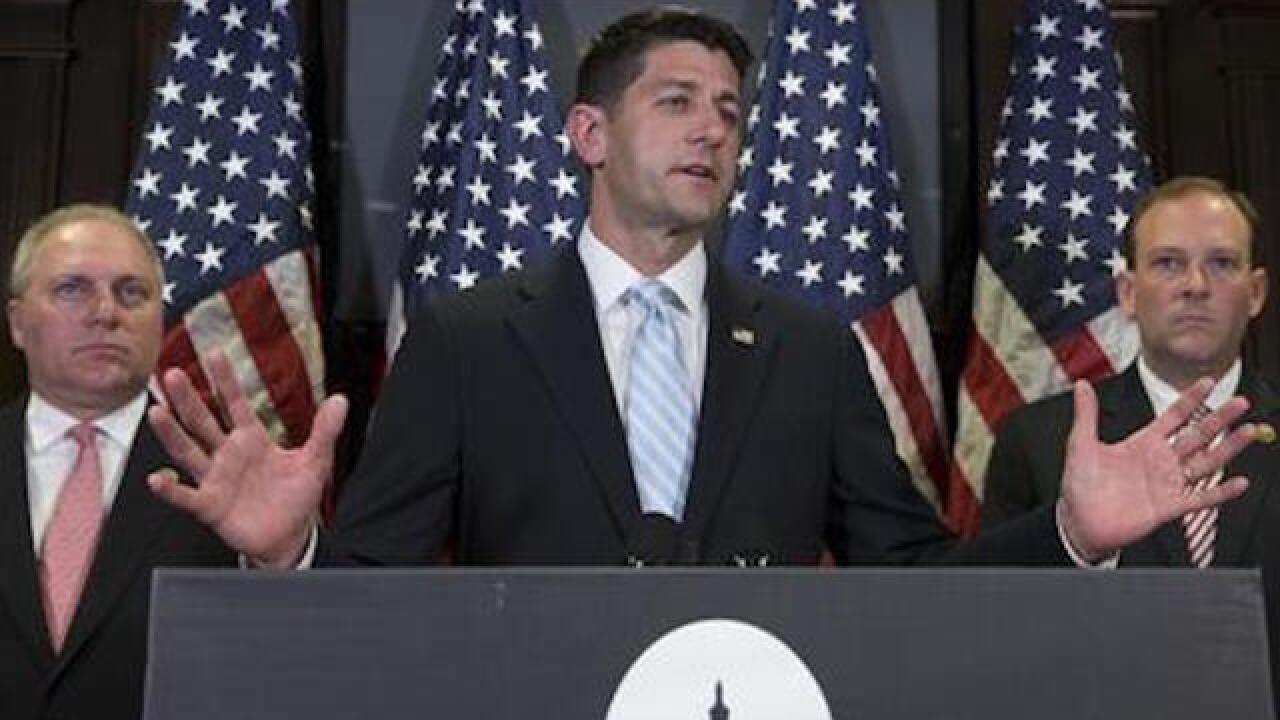 WASHINGTON (AP) — Under an onslaught of Republican criticism, FBI Director James Comey vigorously defended the government's decision not to prosecute Hillary Clinton over her private email setup, rejecting angry accusations that the Democratic presidential candidate was given special treatment.

To criminally charge Clinton based on the facts his agency's yearlong probe had found would have been unwarranted and mere "celebrity hunting," Comey told a congressional investigative committee Thursday.

In nearly five hours of testimony, he sought to explain the Justice Department's decision ending an investigation that has dogged Clinton's presidential campaign and raised fresh questions among voters about her trustworthiness.

Republicans' hard, skeptical questioning made it clear that settling the legal issue will not end the matter as a political issue as Clinton campaigns against Republican Donald Trump, who scornfully refers to her as "Crooked Hillary."

Republicans on the panel, voices sometimes raised in apparent frustration and irritation, said they were mystified by the decision not to prosecute because they felt that Comey, in a remarkably detailed and critical public statement on Tuesday, had laid out a sufficient basis for charges.

"I totally get people's questions," he said, but the FBI was obliged to follow the law.

He said investigators found no evidence that Clinton or her aides intended to break the law, even though they mishandled classified information. A misdemeanor statute requires the mishandling to be willful, Comey said. And a law that permits felony prosecution due to gross negligence has been used only once in the 99 years since it was enacted — and that was in a case involving espionage.

"We don't want to put people in jail unless we prove that they knew they were doing something they shouldn't do," Comey said. "That is the characteristic of all the prosecutions involving mishandling of classified information."

Comey's appearance before the House Oversight and Government Reform Committee marked his first public statements since his announcement that removed the threat of criminal charges against Clinton but also revived public scrutiny of her email behavior as secretary of state in President Barack Obama's first term.

Committee chairman Jason Chaffetz, R-Utah, told Comey that the FBI's decision showed a "double standard" for powerful people. Had the "average Joe" done what she had done, he said, that person would go to prison.

"If your name isn't Clinton, or you're not part of the powerful elite, then Lady Justice will act differently," Chaffetz said, adding that the FBI had set a "dangerous precedent" in letting her off the hook.

Chaffetz said lawmakers would now ask the FBI to investigate whether Clinton lied to the committee.

One by one, Comey rebutted a litany of GOP charges including that the FBI had been biased, ignored the law, applied it unjustly or coordinated the decision with Clinton's campaign. "We try very hard to apply the same standard whether you are rich or poor, white or black, old or young, famous or not known at all," he said.

The committee's top Democrat, Elijah Cummings of Maryland, accused Republicans of politicizing the investigation. But he suggested that Comey had contributed to that by leaving "a perceived gap" between his public criticism of Clinton and his conclusion not to prosecute.

"I beg you to fill the gap. Because when the gap is not filled by you, it will be filled by others," Cummings said.

As he had on Tuesday, Comey left no doubt about the FBI's contention that Clinton's email practices were careless and left government secrets exposed to hostile nations. He said that three of the emails in question bore classification markings in the body despite Clinton's assertions that nothing she had sent or received was marked classified. And he said that government workers who negligently handled classified information, including FBI agents, could be subject to administrative sanctions.

But he repeated his earlier contention that "no reasonable prosecutor" would have pursued criminal charges against Clinton, saying at one point, "We went at this very hard to see if we could make a case."

Comey, for years a registered Republican who said he's no longer registered with a political party, was deputy attorney general in the George W. Bush administration and was appointed in 2013 to a 10-year term as FBI director by President Obama. He would still be on the job if Clinton were elected president.

"He admitted he knew that was the wrong thing to do," Comey said. "That is a perfect illustration of the kind of cases that get prosecuted. In my mind, it illustrates importantly the distinction to this case."

Despite the no-prosecution decision, Comey had rebuked Clinton and her aides on Tuesday as being "extremely careless" in their handling of classified information and contradicted many of the explanations she's put forward.

The investigation formally ended Wednesday when Attorney General Loretta Lynch announced that no charges would be filed.