Donald Trump refuses to say he will accept election results 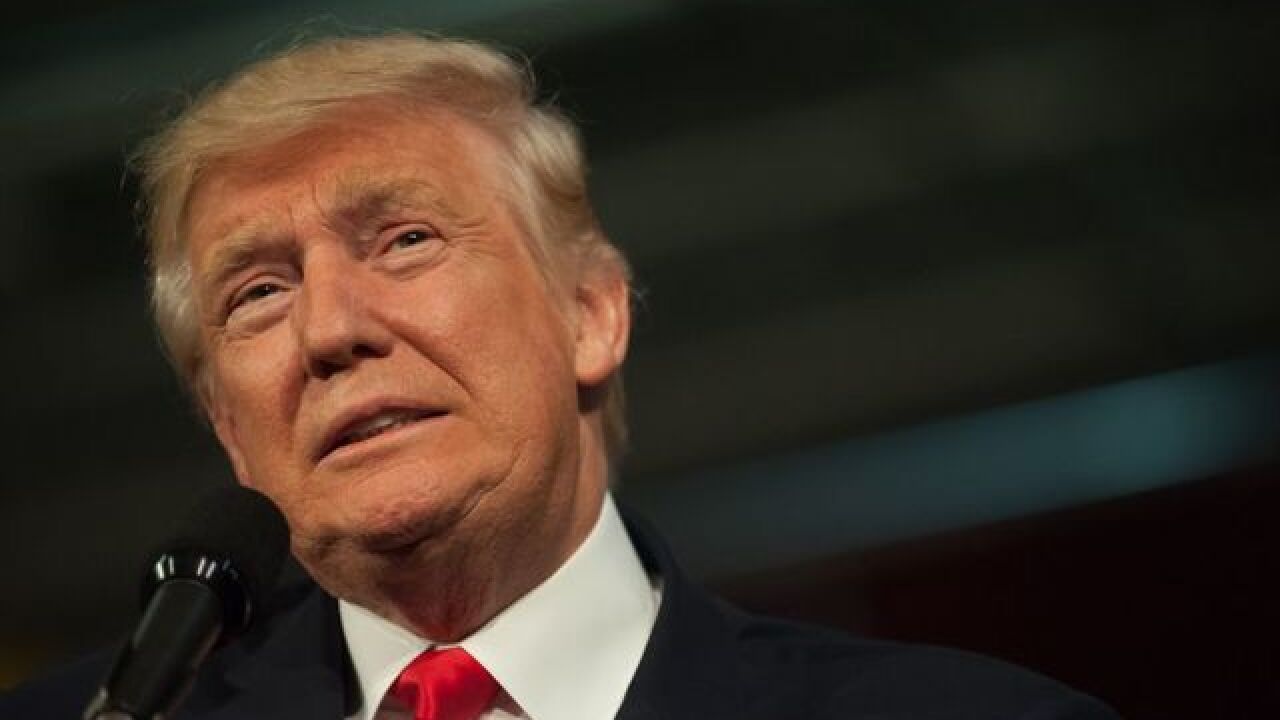 LAS VEGAS (AP) — Threatening to upend a basic pillar of American democracy, Donald Trump refused Wednesday night to say he would accept the results of the November election if he loses to Hillary Clinton. The Democratic nominee declared Trump's resistance "horrifying."

Trump has spent the days leading up to Wednesday night's presidential debate warning voters that the election will be "rigged." Asked whether he would accept the results, he said, "I will tell you at the time. I'll keep you in suspense."

Earlier, Clinton forcefully accused Trump of favoring Russia's leader over American military and intelligence experts Wednesday night, as the Republican nominee pointedly refused to accept the U.S. government's assertion that Moscow has sought to meddle in the presidential election.

In a combative exchange in the final presidential debate, Clinton charged that Russian President Vladimir Putin was backing Trump because "he'd rather have a puppet as president of the United States."

Trump denied any relationship with Putin and said he would condemn any foreign interference in the election. But he notably refused to accept the intelligence community's assessment that Russia was involved in the hacking of Democratic organizations. The Clinton campaign has also said the FBI is investigating Russia's involvement in the hacking of a top adviser's emails.

The third presidential debate opened with a measured, policy-focused discussion — a stark contrast to the heated and highly personal clashes that defined the earlier contests. However, Trump quickly reverted to his previous style of repeatedly bursting in to interrupt Clinton as well as moderator Chris Wallace of Fox News.

The 90-minute contest in Las Vegas came just under three weeks before Election Day and with early voting underway in more than 30 states.

The candidates outlined starkly different visions for the Supreme Court under their potential presidencies, with the Republican declaring the landmark Roe v. Wade ruling legalizing abortion would be overturned by his judicial nominees.

Clinton vowed to appoint justices who would uphold the ruling legalizing abortion, saying, "We have come too far to have that turned back now."

Trump pressed Clinton on immigration, accusing her of wanting an "open borders" policy, a characterization she vigorously disputes. The Republican, who has called for building a wall the length of the U.S.-Mexico border, said that under a Clinton presidency, "People are going to pour into our country."

Clashing on trade, Trump said Clinton had misrepresented her position on the Trans-Pacific Partnership, noting that she had originally called it the "gold standard" of trade agreements. Clinton shot back that once the deal was finished, it didn't meet her standards. "I'll be against it when I'm president," she said.

For Trump, the debate marked one of his final chances to reshape a race that appears to be slipping away from him. Clinton's campaign is confidently expanding into traditionally Republican states, while Trump's narrow electoral path is shrinking. Already unpopular with a majority of Americans, the GOP nominee has been battered by recent revelations of his vulgar comments about women and a string of sexual assault allegations.

Clinton began the debate with a lead in most battleground states. Her challenge was to both keep up her efforts to paint Trump as unfit to be president and start moving to ease America's deep divisions, which have only been exacerbated during the campaign. The latter is no easy task for the Democratic nominee, given the public's persistent questions about her honesty and trustworthiness.

Clinton faced debate questions for the first time about revelations in her top adviser's hacked emails that show her striking a different tone in private than in public regarding Wall Street banks and trade. She quickly turned the discussion to Russia's potential role in stealing the emails.

Trump entered the final debate facing a string of sexual assault accusations from women who came forward after he denied in the previous contest that he had kissed or groped women without their consent. Trump's denial came after the release of a video of in which he's heard bragging about exactly that.

Trump denied the accusations anew, saying the women coming forward "either want fame or her campaign did it."

Clinton said Trump "thinks belittling women makes him bigger. He goes after their dignity, their self-worth."