Donald Trump most-tweeted about candidate during first of four debates 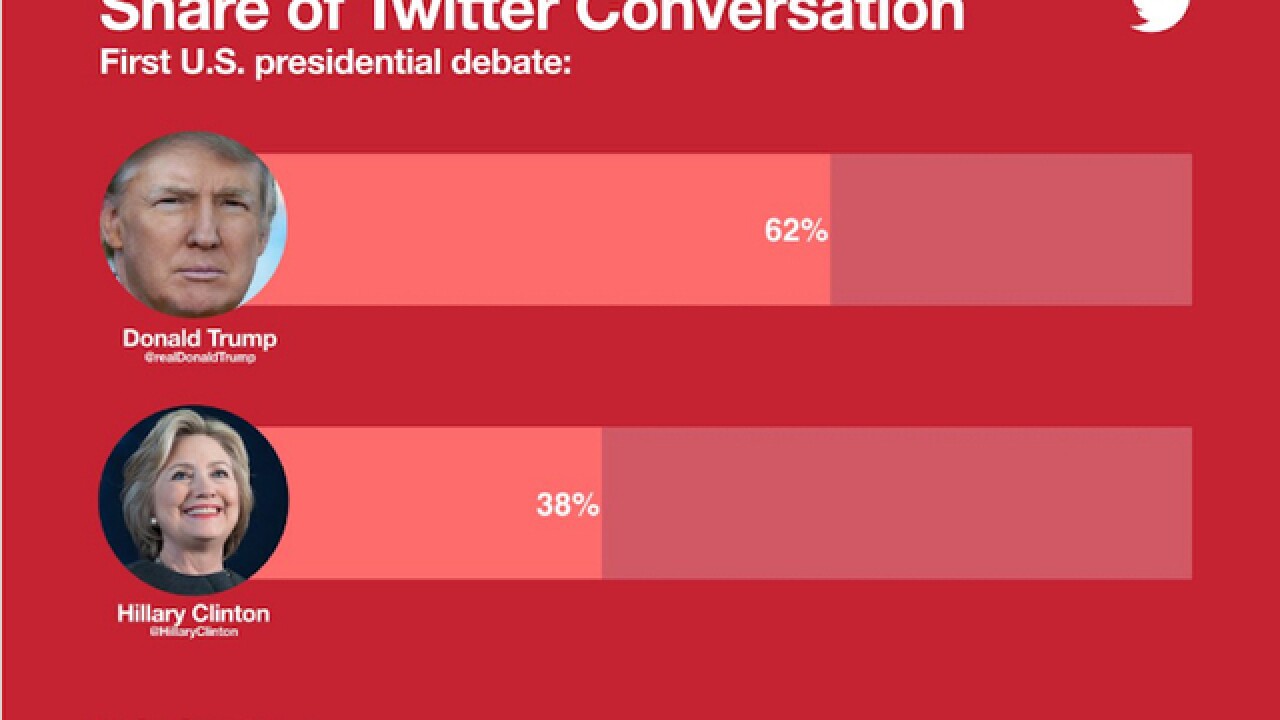 The most-tweeted moment during the first U.S. presidential debate was when candidate Donald Trump said he has "good temperament."

That's according to @gov on Twitter, which released a lot of data regarding last night's televised event in which Donald Trump faced Hillary Clinton in the first of four debates ahead of the Nov. 8 election.

Trump was also the most-tweeted about of the two candidates.

The top-retweeted Tweet was when Trump tweeted, "the concept of global warming was created by and for the Chinese in order to make U.S. manufacturing non-competitive."

Most-tweeted topics during the debate were the economy, foreign affairs, energy and environment, terrorism and guns.

Top 3 Tweeted Moments of the first US presidential debate: pic.twitter.com/35l5PhEw4y

This is the top Retweeted Tweet during the first US presidential debate: https://t.co/fOOoPvtZHK