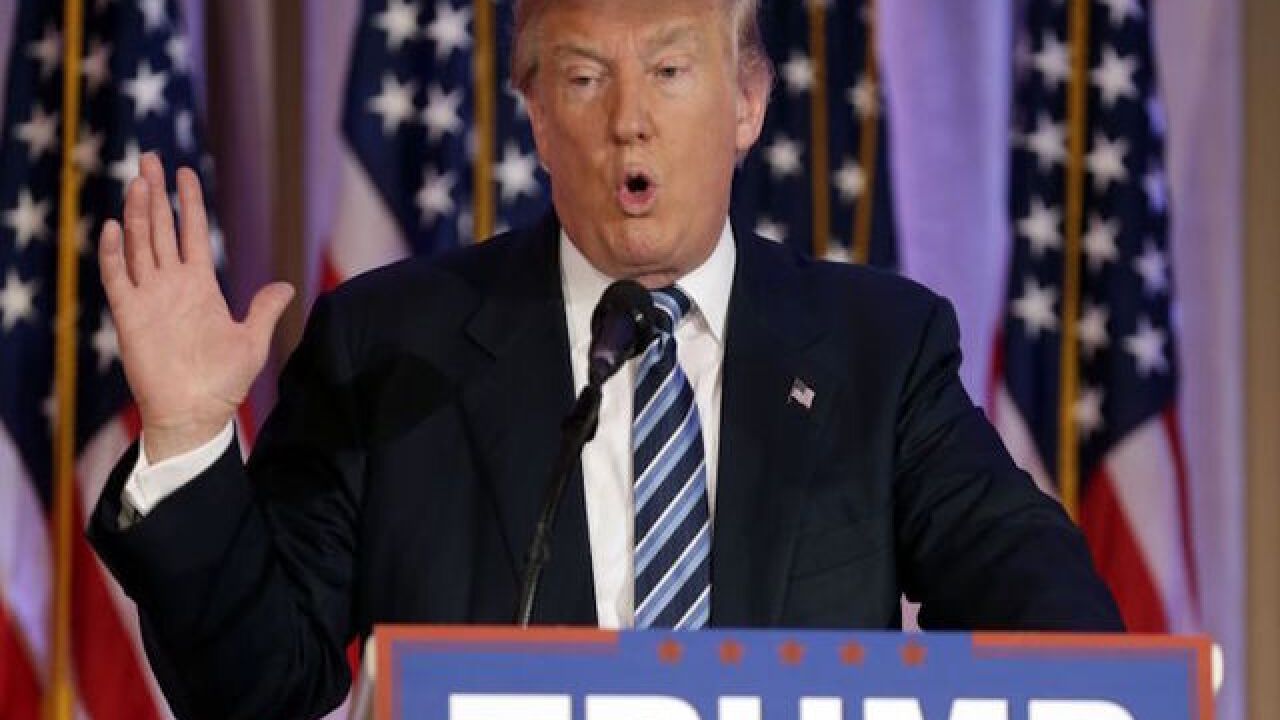 Donald Trump captured his second lead this year in the polls in the days following the Republican National Convention, where he officially nabbed the GOP's presidential nomination. Trump edged out Democrat Hillary Clinton on July 24 and has grown his lead to about 1 percent as of July 26, according to polling averages from RealClearPolitics.

While 1 percent might not sound like much, it's worth noting that Trump's previous headline-grabbing lead in May held steady for three days at 0.2 percent. As the InsideGov visualization shows, Trump's current trajectory seems to continue on its upswing rather than staying level.

Most presidential campaigns get an injection of momentum after their party meeting, making Trump's post-convention polling bounce not entirely surprising. Indeed, Clinton's polling numbers will likely get a kick of their own once the Democratic National Convention wraps up on Thursday night.

But Trump's 4.6-point jump in one week remains noteworthy. It's one of the more efficient polling lifts Trump has received this cycle, and it doesn't correspond with a dip for Clinton. Trump's previous lead in May -- as well as other times when the polls tightened -- was almost as much about Clinton's decline as it was about Trump's uptick. In fact, during the same one-week span, Clinton's polling numbers also went up, just not as much as Trump's.

Trump's numbers are also noteworthy considering the chaos and controversy that defined the Republican convention. The events typically are an opportunity to exhibit party unity, but boisterous displays of continued splintering -- from the roll call vote to Texas Sen. Ted Cruz's refusal to endorse his party's nominee -- revealed a GOP still very much at odds with itself.

Despite concerns about GOP unity, the betting markets seem to recognize the Trump bump. Throughout most of June and July, Clinton's odds of winning the general election hovered at 70 percent or higher. But for the first time in about two months, Clinton's odds have dipped below 70 percent to 68 percent, according to prediction markets data.

PredictWise collects data from betting markets to determine the odds of something specific happening. As of July 28, the markets gave Trump a 32 percent chance of winning in November. While that might not sound particularly high, it comes close to his odds in late May, when he got a boost a few weeks after he secured the nomination.

A recent poll of economists and financial experts also found that Clinton's chances of winning in November seem to be declining. The July CNBC Fed Survey, which polled 43 Wall Street pros, revealed a 28 percent drop for Clinton. In June, 80 percent of respondents said they thought Clinton will win in the general. But in July, only 52 percent said they thought Clinton will win.

Clinton seems to take all of these numbers and polls quite seriously. On Tuesday -- the day after rousing speeches from first lady Michelle Obama and Vermont Sen. Bernie Sanders at the Democratic convention -- Clinton's campaign used a CNN poll that shows her down by five points in a fundraising email to supporters.

The fundraising plea provided an interesting juxtaposition. The same day Clinton made history as the first woman to officially win the presidential nomination of a major political party, her team started out the morning by sending an anxiety-laced note to its email list.

For Clinton, the task ahead will be to shift her supporters out of anxiety and into enthusiasm -- especially after her nomination. She'll need a significant post-convention boost to staunch Trump's rise.

Research More About the 2016 Election