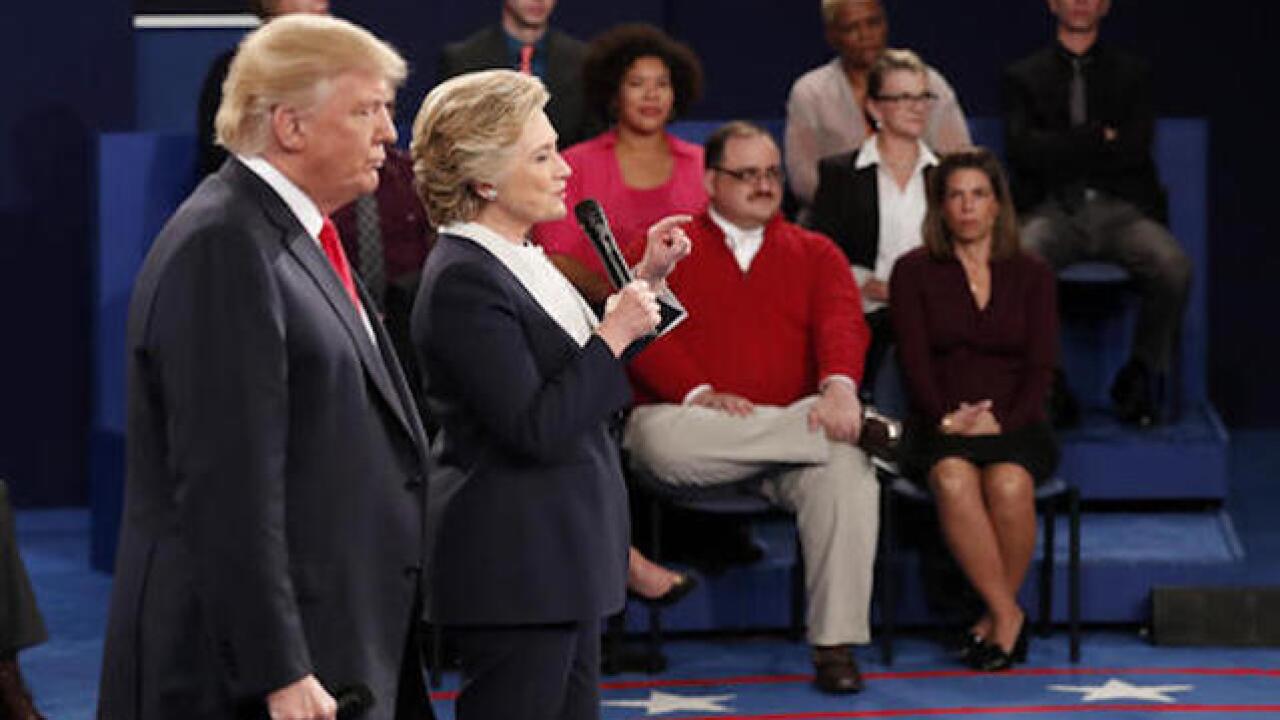 NEW YORK (AP) — Viewership for the second debate between Hillary Clinton and Donald Trump won't match the record-setting levels of their first meeting.

The Nielsen company said Sunday's debate audience was down 20 percent from the first contest on the top broadcast and cable networks. Nielsen's final viewership estimate that includes all of the networks that aired the event should be available later on Monday.

The first debate reached a total of 84 million viewers, higher than for any other presidential debate on record.

Sunday's audience will exceed 60 million viewers when the final estimate is in.