Clinton's Secretary of State meeting schedule to be available before election 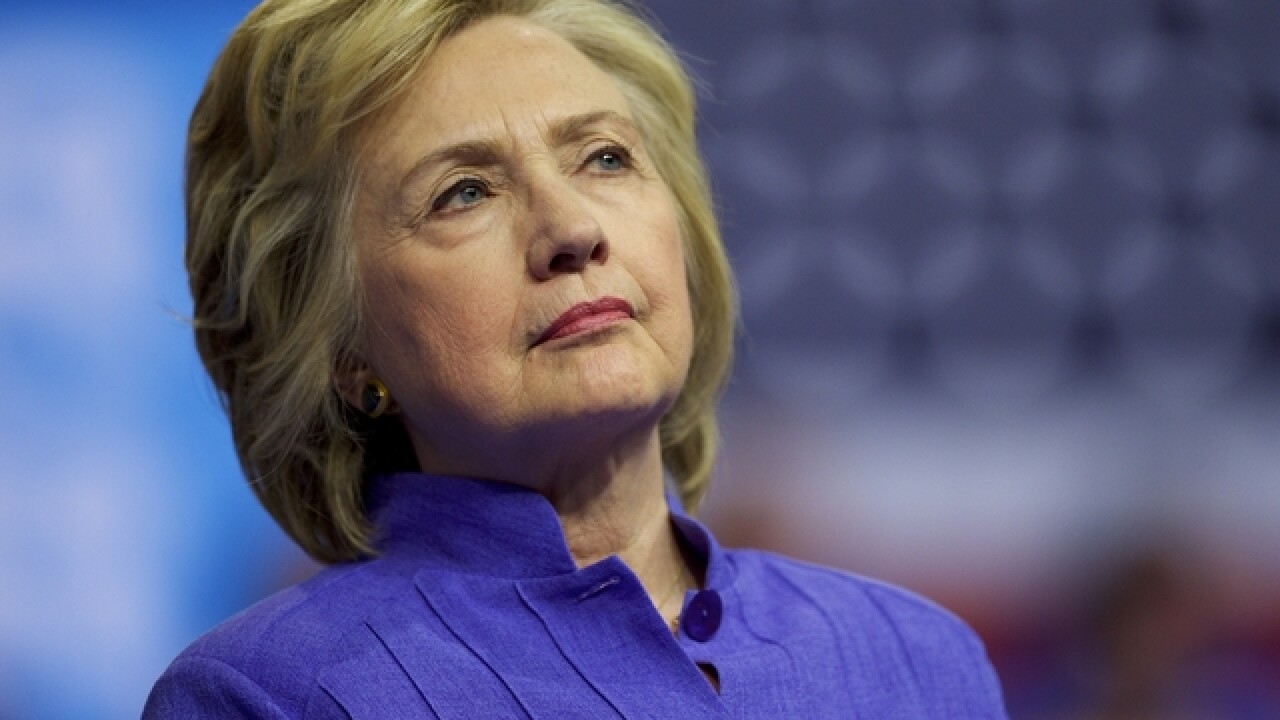 WASHINGTON (AP) — The State Department agreed Thursday to turn over all the detailed planning schedules from Hillary Clinton's time as secretary of state to The Associated Press by mid-October. It was an abrupt reversal from U.S. government lawyers' warning last week that hundreds of pages would not be released until after the presidential election.

The decision is significant because it will make available before the election all of Clinton's minute-by-minute schedules. Those planning documents offer a detailed look at Clinton's daily routine during her four-year tenure as secretary of state between 2009 and 2013.

The State Department provided the AP some of the Democratic presidential nominee's official calendars from her time at the department. But in some instances the calendars had been edited after her events and, in some cases, names of those who met with her had been omitted.

The department has so far released about half of her more complete daily schedules. The new agreement Thursday was drawn up after government lawyers told the AP last week that the department expected to release the last of the detailed daily schedules around Dec. 30, weeks after the election. The AP objected to the delays.

The daily schedules drew attention last week after the AP reviewed the two years of schedules released so far, plus Clinton's official calendars. From those, the AP determined that more than half the people who Clinton met or spoke with — outside of members of the U.S. or foreign governments — had donated to the Clinton Foundation either personally or through companies or groups.

The AP's review focused on Clinton's discretionary contacts with outside interests and excluded her meetings or calls with federal officials or foreign government representatives, because those contacts were part of her regular diplomatic obligations.

Clinton has said the AP's analysis was flawed because it did not account fully for all meetings and phone calls during her entire term as secretary. She also said the analysis should have included meetings with federal employees and foreign diplomats.

The State Department's decision Thursday to turn over all of the more-detailed daily schedules by Oct. 17 means it will have to triple its pace of producing 600 pages a month. That production schedule was ordered last January by U.S. District Court Judge Richard Leon.

The AP first asked for all Clinton's calendars in 2010 and again in 2013 under the U.S. Freedom of Information Act, but the State Department did not release them. After further delays, the AP sued the State Department in federal court in March 2015 to obtain the planning materials and other records, leading to Leon's order.