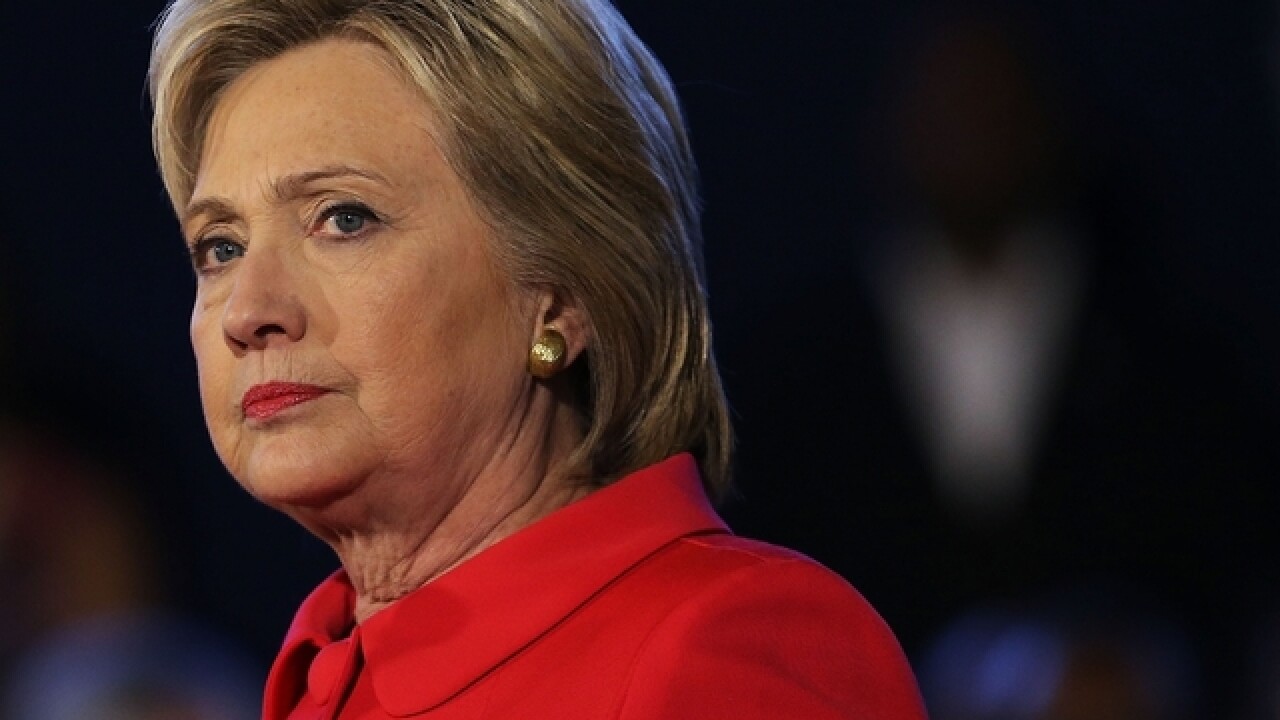 CINCINNATI (AP) — Hillary Clinton pitched her foreign policy to Republican voters in a speech to the American Legion on Wednesday, arguing that she would best uphold American values and protect national security interests.

At the veterans' group annual convention in Cincinnati, the Democratic presidential nominee called the United States an "exceptional nation," and accused Republican rival Donald Trump of thinking that approach is "insulting to the rest of the world."

Clinton said the country has a "unique and unparalleled ability to be a force for peace and progress." She questioned Trump's support for the military and hit him for his last-minute trip to Mexico Wednesday, saying it "takes more than trying to make up for a year of insults and insinuations by dropping in on our neighbors for a few hours."

Clinton, who has an edge in many state and national polls, has been aggressively courting Republicans and independents since the party convention. She stressed her experience on the Senate Armed Services Committee and as secretary of state.

The speech was touted as one that would emphasize "American exceptionalism," an idea that the U.S., as an "exceptional" world citizen, has a moral obligation to advance democracy in the world rather than imposing it against another country's will. The speech largely hewed to the theme of a country with a strong military and one that cares for its veterans, red meat to the American Legion audience.

Her views differ from Trump, who in his foreign policy speech, called for the U.S. to seize Iraq's oil, its major source of income and one of its few natural resources. "To the victor goes the spoils," he said.

Trump has pledged to "Make America Great Again" and restore the country to a time when, in his view, the U.S. was more prosperous and full of opportunity.

Clinton promised to invest in the military and support veterans. She said the United States must embrace new tactics, noting that the country should "treat cyberattacks just like any other attacks."

Emphasizing GOP support, Clinton's campaign rolled out another Republican endorsement Wednesday. James Clad, former deputy assistant secretary of defense under President George W. Bush, will announce his support for Clinton, following a slew of other GOP endorsements from the national security world. In a statement, Clad says that "giving an incoherent amateur the keys to the White House this November will doom us to second or third-class status."

Clinton's speech in Ohio comes after several days of big-ticket private fundraisers in the Hamptons, a wealthy community on New York's Long Island, where she collected millions at waterfront mansions in preparation for the fall campaign. The fundraising swing concluded in style Tuesday night, with an event featuring performances from Jimmy Buffett, Jon Bon Jovi and Paul McCartney.

Though many national and state polls show Clinton with an edge, she has been stressing that the campaign must not take anything for granted. At a fundraiser on Monday she told supporters she was "running against someone who will say or do anything. And who knows what that might be."