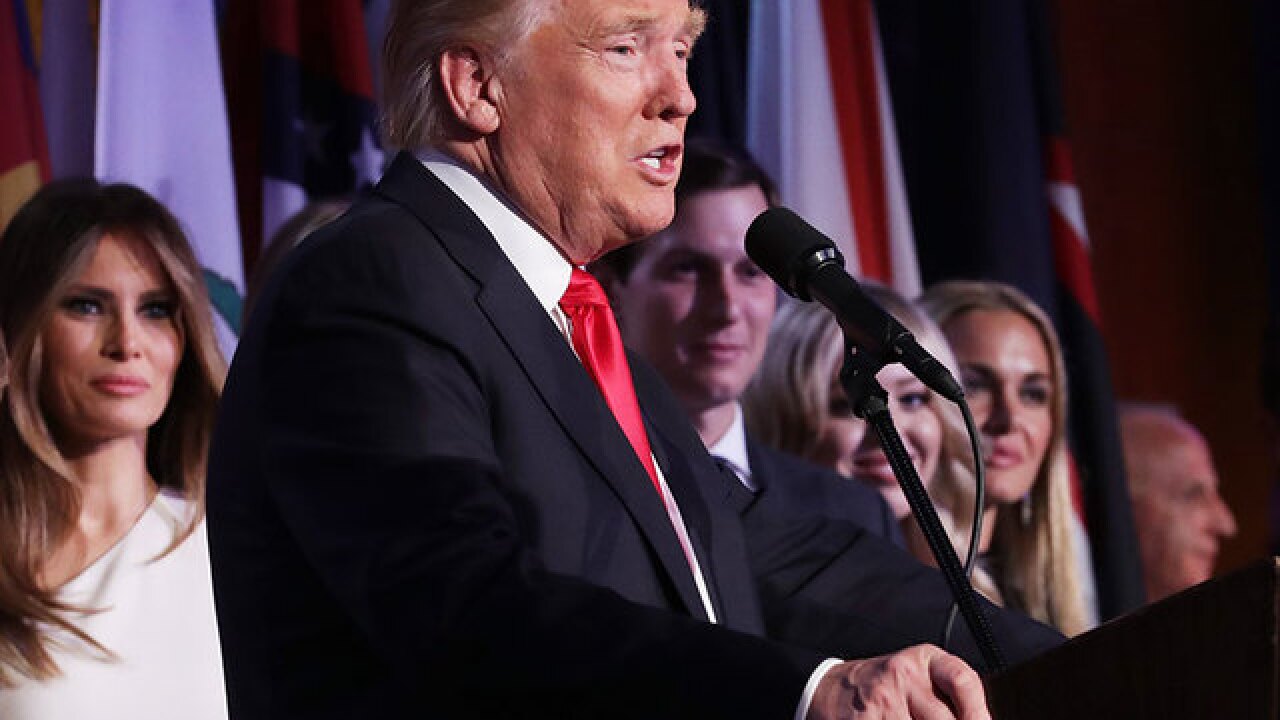 CBS announced on Thursday that Lesley Stahl will interview Trump on Friday at his home in New York City. "60 Minutes" will broadcast the interview, which will focus on Trump's election, on Sunday night.

The president-elect met with President Obama on Thursday at the White House.